Wall Street and investors have been sent a stern reminder in 2022 that stocks can go down just as easily as they can climb. Since hitting their respective all-time highs, the 126-year-old Dow Jones Industrial Average, widely followed S&P 500, and growth-driven Nasdaq Composite have tumbled a respective 17%, 22%, and 33%. This places the S&P 500 and Nasdaq Composite firmly in the grip of a bear market.

Although big declines in the broader market can be scary and tug on investors’ emotions, history shows corrections and bear markets can be fantastic buying opportunities for patient investors. After all, every notable decline in the major U.S. stock indexes was eventually erased by a bull market.

The important question isn’t, “Should you invest during a stock market plunge?”, it’s “What stocks should I buy?” Perhaps the best answer is boring businesses.

Although the word “boring” may come with negative connotations, boring companies are a beautiful thing on Wall Street. A boring company is typically very profitable on a recurring basis and time-tested. In other words, boring stocks are just the type of companies we’d expect to increase in value over time.

What follows are three boring but beautiful stocks to buy that can make you richer by 2030.

The first boring stock with the ability to make long-term investors richer by the turn of the decade is tech-stock Microsoft (MSFT -2.78%).

When most people think of Microsoft, they probably recall its Windows operating system or are familiar with the company’s various Office programs, such as Word or Excel. Although these legacy segments aren’t growing at the same pace as two decades ago, they’re still cash cows. In fact, data from GlobalStats shows that Windows controls a dominant 75.5% share of global desktop operating systems, as of May 2022.

The beauty of these well-known legacy segments is that they provide capital Microsoft can redeploy into higher-growth initiatives. In particular, the company has delivered sustainably strong growth, thanks to its investments in cloud computing.

Microsoft Azure is the global No. 2 in cloud infrastructure spending, with year-over-year sales growth that’s consistently hovered around 50%, excluding currency movements. Microsoft’s cloud ties are what will give it the ability to sustain double-digit sales growth for potentially the entire decade.

Want another reason to trust in Microsoft over the long run? Ratings agency Standard & Poor’s (S&P), a subsidiary of S&P Global, has bestowed Microsoft with its highest credit rating (AAA). That’s one notch higher than S&P’s credit rating for the U.S. federal government (AA). The implication is that S&P has more confidence in Microsoft servicing and paying back its debts than it does in the U.S. government doing the same.

Microsoft is also swimming in capital. It ended March with $104.7 billion in cash, cash equivalents, and short-term investments, and brought in $87.1 billion in operating cash flow over the previous 12-month period. This incredible financial flexibility allows Microsoft to pay dividends, buy-back stock, and make acquisitions to expand the reach of its many verticals.

A second boring but beautiful business to buy as the stock market plunges is electric-utility stock NextEra Energy (NEE -3.11%).

The beauty of NextEra is that it provides a basic necessity service. No matter how well or poorly the stock market performs, homeowners and renters aren’t suddenly going to quit using electricity.

Electricity demand tends to be highly predictable, which gives companies like NextEra the ability to outlay capital for new infrastructure projects and its dividend without adversely impacting profitability. Wall Street loves predictability, and that’s what you get with the vast majority of utility stocks.

However, NextEra isn’t just another name in the electric-utility industry — it’s the biggest electric-utility company, and for a good reason. No other utility provider is generating more capacity from solar or wind power than NextEra. With the company pledging up to $55 billion in aggregate between 2020 and 2022 on new infrastructure projects (i.e., predominantly renewable energy projects), it’s likely to remain the green energy leader in the U.S. for the foreseeable future.

Although renewable energy projects can be costly, the expense has been well worth it. Green energy solutions have significantly lowered NextEra’s electricity-generation costs and propelled the company to a compound annual growth rate in the high single digits for more than a decade. Comparatively, electric-utility stocks typically grow by a low-single-digit rate.

Yet another reason to feel confident about owning NextEra Energy shares for the long term is the company’s regulated utility operations. By “regulated,” I’m referring to its traditionally run operations that aren’t powered by renewable energy. Though the company isn’t able to pass along rate hikes anytime it wants to — it first needs the approval of state public-utility commissions — being regulated means it isn’t exposed to potentially volatile wholesale electricity pricing.

Including its dividend, NextEra has generated a positive total return for its shareholders in 19 of the past 20 years. 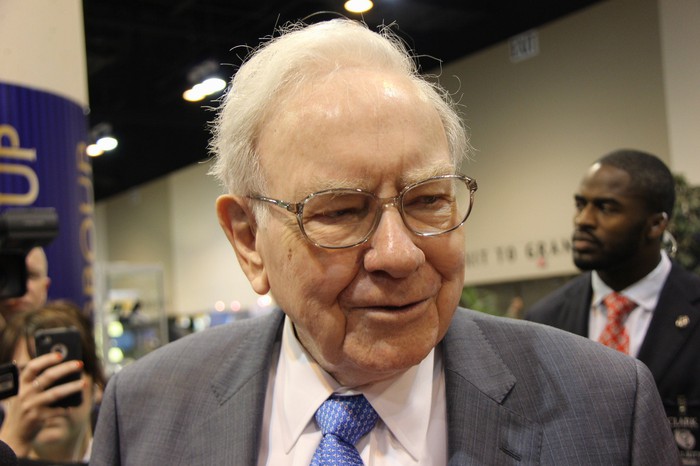 Though Berkshire Hathaway isn’t a household name like Microsoft, the company’s billionaire CEO certainly is: Warren Buffett. Since taking the reins as CEO in 1965, the Oracle of Omaha, as Buffett has come to be known, has led his company’s Class A shares (BRK.A) to an annualized return of 20.1%.

Also Read  A boy who loved Air Jordans, planes, and his mom: Trayvon Martin's life before the movement

Put another way, shareholders have doubled their money about every 3.6 years over the past 57 years. If this annualized return were to hold up, investors could more than quadruple their initial investments by the end of 2030.

While there’s no shortage of reasons for Buffett’s long-term success, a few stand head and shoulders above the others. For instance, Berkshire Hathaway’s nearly $315 billion investment portfolio is heavily skewed toward cyclical stocks.

Cyclical companies perform well when the U.S. and global economy are expanding and struggle when recessions occur. The thing is, recessions typically last for a couple of quarters, while economic expansions can go on for many years. Warren Buffett is playing a numbers game that has Berkshire Hathaway perfectly positioned to take advantage of the natural expansion of the U.S. economy.

Another reason Berkshire Hathaway thrives is its exposure to dividend stocks. Including preferred stock dividends, Buffett’s company is on pace to collect more than $6 billion in passive income over the next 12 months. Not only are dividend stocks profitable and time-tested, but they have a track record of significantly outperforming stocks that don’t pay a dividend over long periods. Once again, Warren Buffett is playing a simple numbers game that sets Berkshire Hathaway up for success.

The icing on the cake with this investment is that Warren Buffett and his right-hand-man Charlie Munger absolutely love to repurchase their own company’s stock. Since mid-2018, this dynamic duo has authorized the repurchase of $61.1 billion worth of Berkshire Hathaway Class A and Class B shares. Buying back the shares of profitable and steadily growing companies can boost earnings per share and make a company’s stock appear more fundamentally attractive.