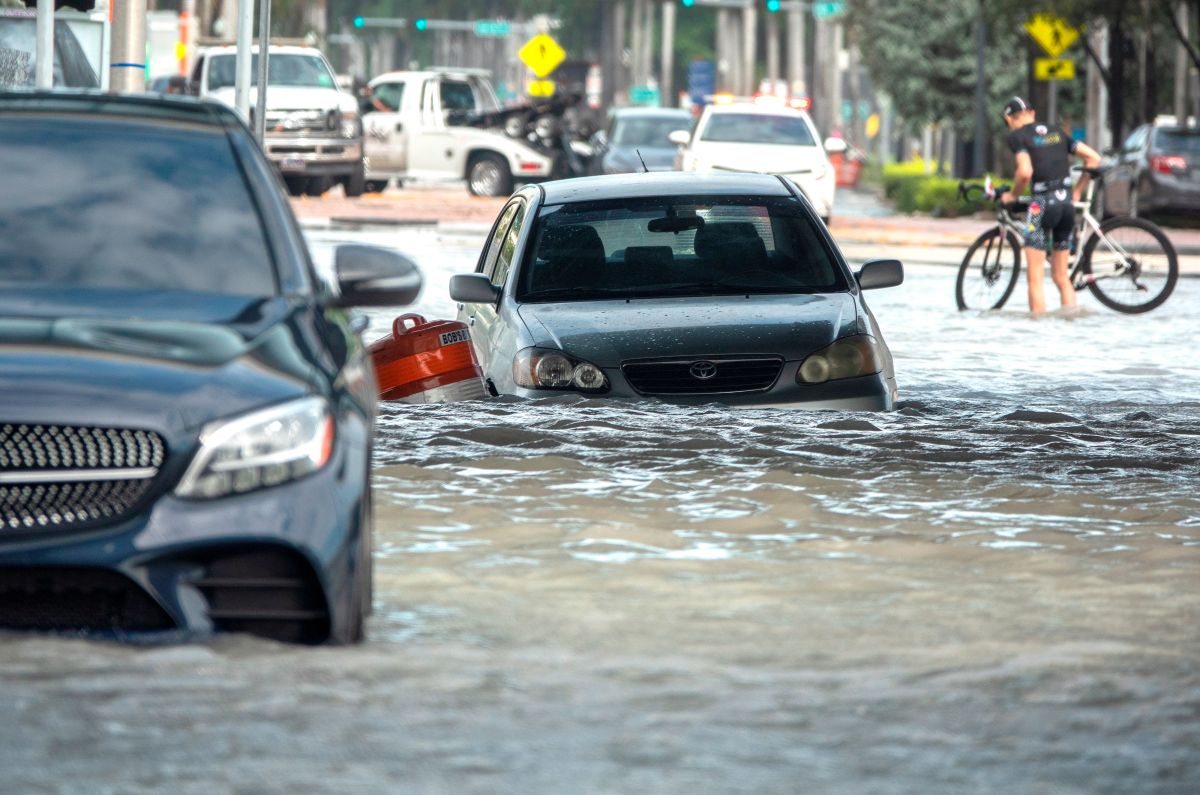 Streets flooded in downtown Miami, Florida, by the passage of Storm Eta.

The Eta storm left dozens of streets under water in South Florida this Monday, as authorities follow its route in which it could intensify entry this week.

In several communities, the water left by the 28th storm of this active season was up to the knees of residents after it made landfall in the Florida Keys on Lower Matecumbe Key at around 11 p.m. Sunday. The accumulation of water has affected Broward, Miami-Dade and Monroe counties, leaving some homes flooded.

ETA AFTERMATH: A total of 23 public schools in Broward County transitioned to online learning Tuesday due to flooding and power issues left behind by Tropical Storm Eta.

To try to defuse the emergency, the city of Fort Lauderdale deployed two tank trucks with vacuums to remove the waters, as announced by the demarcation yesterday on Twitter.

We’re there. We currently have 13 tanker vac trucks working in Melrose Park. And an additional 11 in Melrose Manors. If you need to report a specific issue, call our 24/7 Customer Service Center at 954-828-8000. Thank you and be safe!

While some 180 resident claims were submitted to Citizens Property Insurance Corp. as of noon yesterday, the majority in Broward where Fort Lauderdale is located, according to the Sun-Sentinel report.

The National Weather Service (NOAA) had reports of up to 18 inches of water at the intersection in Mirama. Similar scenes were recorded at Pembroke Pines and Davie.

WESH2 reviewed citing numbers from PowerOutage.US. that as of yesterday night, some 13,000 customers were without electricity.

Although no deaths have been reported, the Associated Press report on Monday indicates that firefighters removed a person from a car that had fallen into a canal Sunday night in North Miami. The patient was hospitalized in critical condition, according to authorities.

The dangerous storm had already made landfall as a Category 4 in Central America last week.

At the moment, the authorities in Cuba and Mexico remain vigilant for the effects of the system while rescue efforts continue in Guatemala and Honduras, two of the countries hardest hit by the phenomenon.

The CNN report on Tuesday indicates that only in Honduras 38 people died, at least eight people remain missing and more than 60,000 have had to evacuate their homes.

While in Guatemala, until this Saturday, the National Coordinator for Disaster Reduction (CONRED) 116 people remained missing, most of the remote town of Quejá, in the central region of Alta Verapaz.

Eta appeared to weaken on the Gulf Coast Monday afternoon, although forecasts could change for the opposite to occur.

The most up-to-date report from the National Hurricane Center indicates that Eta is located in the southeastern Gulf of Mexico near the west coast of Cuba, therefore it continues to represent a risk of flooding for southern Florida and western Cuba.

The maximum sustained winds are near 60 mph (100 km / h) with
stronger gusts.