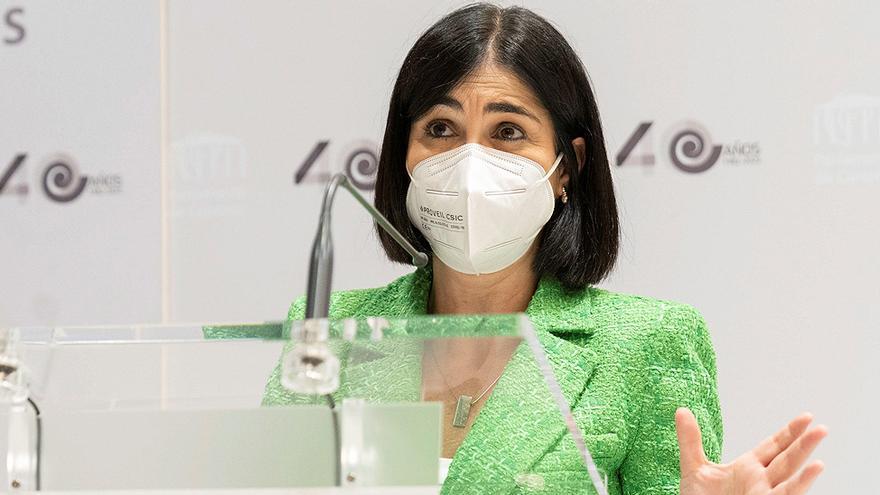 In the first place, focusing on the response of the scientific community, the president of the College of Physicians of Catalonia, Jaume Padrós, it has clearly said that it is preferable to complete the schedule with AstraZeneca and “if there is no such possibility”, opt for Pfizer. “Listen to the experts, get vaccinated yes or yes “, has pointed out in a tweet.

The position comes the day after the Ministry of Health considered a “serious communication problem” that it is transferred to the citizenship that can be “chosen” when the Public Health Commission -in a very divided meeting- approved that the second prick for the essential workers under the age of 60 is from Pfizer.

In this meeting with the press, Health stressed that it was the Interterritorial Council, where the directors participate and not only the technicians, which agreed that only in the event that those summoned reject Pfizer, they are allowed to be vaccinated with AstraZeneca. And later Health decided that in these cases, they sign a informed consent where the possibility of suffering thrombi with the Anglo-Swedish serum is explained.

The College of Physicians

But this concatenation of decisions does not convince the medical community. The president of the Collegiate Medical Organization At the national level, Tomás Cobo, in statements to EL PERIÓDICO, also points out that the AstraZeneca-AstraZeneca guideline is appropriate and criticizes that “delegate responsibilities of a purely scientific type to patients. “The Council of Medical Associations, faced with” the ups and downs of technical-political decisions “and the” confusion “generated, already positioned itself in mid-April in favor of completing the guideline with the preparation of the University of Oxford, in line with the recommendation issued by the European Medicines Agency (EMA) on April 23.

In turn, the CSIC researcher, Margarita del Val, has indicated that it does not feel “with moral authority to recommend people to get a second dose of Pfizer, without having comparable safety data.” “They are putting the decision in the hands of people who they don’t have the information. Who has it is the EMA. They cannot put that weight of choosing because that distorts the vaccination campaigns, “he said in Telecinco.

There have also been several health professionals and disseminators who, in a private capacity, and through social networks have shown their discrepancy with the recent performance of the Darias department. Some consider that the reason for their insistence with Pfizer is that there is no sufficient doses of AstraZeneca. And others reproach him for communicating the number of thrombi in Spain behind closed doors, 20 cases and 4 deaths, and not with the transparency that other governments have reported on these cases.

A Ministry of Health @sanitygob “Anti-vaccines” is the last thing I had to see in this pandemic.

What a shame @CarolinaDariasWhat nonsense of management.

The possibility of thrombi at the 2nd dose of AstraZeneca vaccine is significantly lower than after the 1st. https://t.co/p0Ge7APNNa

From the creators of: “You can choose a vaccine by signing an informed consent to do what the European Medicines Agency says”

It arrives: “Damn, people are not doing what we want. Well now you get vaccinated with Pfizer and if you want AstraZeneca we will call you”

It does not seem to me a responsible action that of the @sanitygob. With this information, it appears that you are trying to justify your decision to switch to the 2nd dose of Pfizer. The @EMA_News It has already done the evaluation with the data from the different European countries. 😡https://t.co/eWECthydE0

On the part of the autonomies, the Galician president, Alberto Núñez Feijóo has reproached Health for “reporting deaths from thrombi” after verifying that the majority of citizens summoned this week are choosing to repeat with AstraZeneca. In Catalonia, on Thursday, the first day that immunization was resumed, 87% of those mentioned chose this preparation.

Astra vs Pfizer for second two.
There are pictures that say more than a thousand words pic.twitter.com/qLMOJdXQDG

Concerned that the Government reports deaths from blood clots when the majority of citizens are inclined towards an option other than their own. We demand ALL the information of ALL the vaccines immediately. And stop turning an issue that is only scientific into politics

Beyond has gone the Madrid’s community that, ignoring Health, has not given up its intention to provide essential workers with an information document, prepared by the Ministry of Health, advising them to complete the immunization with AstraZeneca. In addition, in Madrid those who opt for Pfizer and for the non-combined guideline will have to sign an informed consent.

✅ The technical data sheet approved by the @EMA_News it only contemplates the homologous pattern.