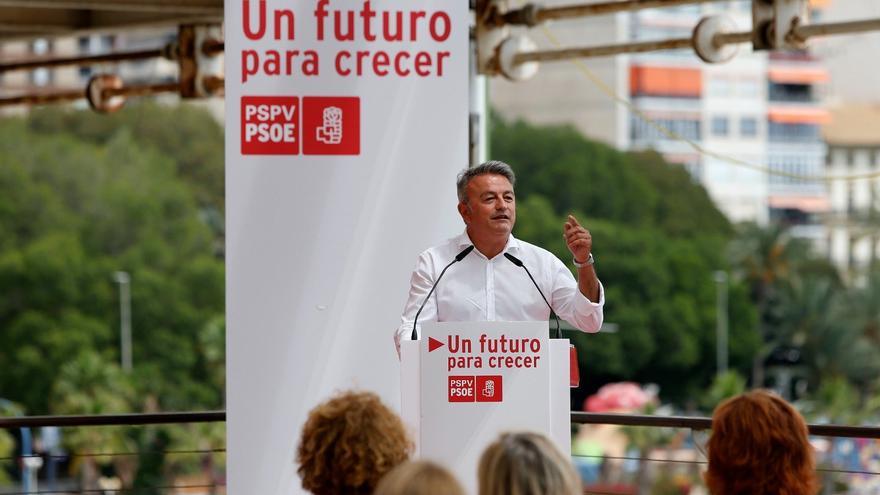 The PSPV-PSOE in the province of Alicante has supported the continuation of the execution of CV60 by ensuring that “it is an infrastructure that facilitates the structuring between the provinces of Alicante and Valencia.”

The provincial PSPV-PSOE has described this project – which connects the central regions, the Vall d’Albaida, Comtat, l’Alcoia, la Safor and the Marina Alta – as “Vital and necessary for the development and connection of the central regions”, and whose development benefits a total of 185 municipalities -About 850,000 inhabitants and a surface area of ​​4,570km2, which represents 17% of the population and 20% of the Community’s territory. “We are facing a potential infrastructure to boost these regions for their economic development, their mobility and for the roots in the municipalities in danger of depopulation”, has pointed out the general secretary of the Alicante socialists, José Chulvi.

From the socialist ranks they emphasize that this project It stands as the main connection in order to extract the traffic from the municipalities through which it runs and to solve the connection of a high-capacity road, as is the CV60, with the local networks CV686 and CV680 and connecting this axis with the AP7 and the N332.

The Socialists also value the sensitivity of the project, -which has been submitted to an Environmental Assessment and which has a Landscape Integration Study-, for its environmental precision and sustainable mobility, since the route also includes the execution of a road pedestrian cycle, for improve non-motorized connectivity between the different urban centers, with landscape integration, creating a new green infrastructure.

For Chulvi, “we are faced with a historical demand that is becoming reality, with sustainable infrastructures that respect all environmental legislation; promoting non-motorized routes and green infrastructure as added value; calming the bustle and passing traffic of urban centers and solving road safety problems ”.

“This is the best possible project to solve this problem. We appeal that during the process of the procedure a dialogue be established with the administration, rigorously using the allegations procedure open in a transparent way to public participation, ”the provincial executive points out.

The Alicante socialists point out that this project has been “exempt from substantial advances during the time of the PP and it ceased to exist in the Generalitat’s Budgets for years, a situation that is being redirected by the Consell del Botànic “.

“This is why we support the political will of the Consell to continue executing CV60, with dialogue and consensus with all local actors. It is a demand both for the improvement of the mobility of all the central regions, as well as to strengthen their productive sectors and attend to the Valencian Strategy of the fight against Depopulation “, points out Chulvi, who has highlighted” the parliamentary consensus reached during the past legislature by the different groups of the entire parliamentary arch with the impulse in Les Corts Valencianes in a majority way of different initiatives to promote the continuity of this road axis