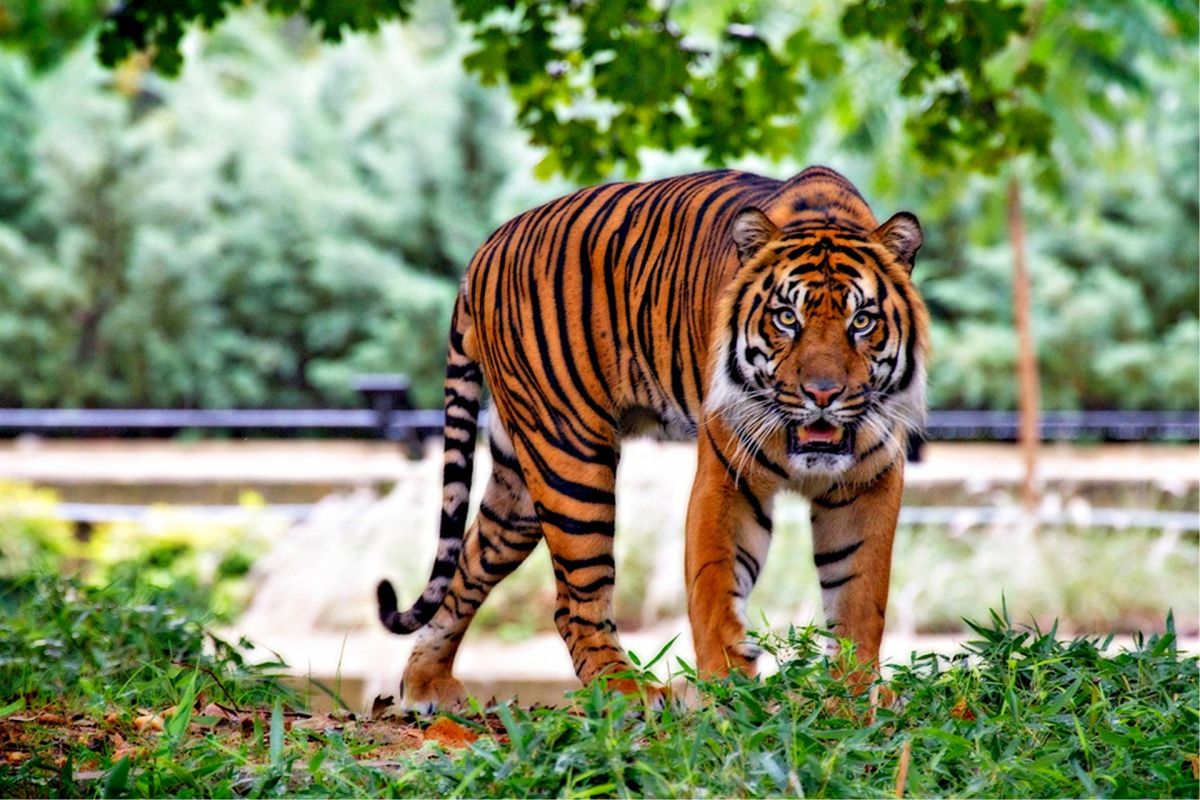 Great scare that the residents of a neighborhood in Houston, Texas, took When around 8 p.m. (Central Time) last Sunday, a person discovered auA huge tiger prowling the front yard of your house.

This person and other neighbors who also saw the tiger walking outside their homes immediately called the police. In a matter of minutes, some elements reached the emergency site; however, feline was gone.

One of the neighbors, named María Torres, recorded the exact moment in which One person got out of a white vehicle to grab the tiger by a collar that he was wearing around his neck, while a companion seemed to point a firearm at him.

“It has a necklace. It’s someone’s pet, ”was what Torres told the police.

So far, the authorities have not been able to find the animal or know where it came from or if it is the pet of someone from the neighborhood, so the investigation of the case continues.

HPD Commander Borza provides update on scene of where a tiger was found yesterday at Ivy Wall https://t.co/zPO6ESJ2E3

Despite the fact that Houston is a large city, it is not the first time that some residents have been shocked by the presence of a tiger outside or near their homes.

Authorities are searching for a man whose tiger was found wandering around a neighborhood in Houston.

An armed off-duty sheriff’s deputy told the man to take his tiger inside before the caretaker rushed the tiger away in a white car as police arrived. https://t.co/bMe66Ok2O5 pic.twitter.com/DZxa7wVvkV

In May 2019, a tiger was discovered living in a cage inside a garage in a home located southwest of Houston.

On that occasion, the police detained a woman named Brittany Garza, who claimed to have raised “Rajah” (as she called the tiger) since he was a cub and who was also aware that it was time to find him a new home. appropriate for their needs and without this being a danger to others.

The tiger was eventually brought to the Cleveland Amory Black Beauty Ranch in Murchison, Texas, where it is said to live for the rest of its life.

Do Texas or Houston allow exotic animals to be kept in homes?

According to the information provided by KTRK, in Texas you can own a “dangerous wild animal” and to do this, you must register with your local or county animal office or with the sheriff.

However, there are cities or municipalities where this practice is prohibited, including Houston and all the communities that are around it, where such practice is illegal.

Whoever is caught having a copy of the aforementioned, may be entitled to a fine ranging from $ 500 to $ 2,000.

They paint a dog as if it were a tiger, the images go viral