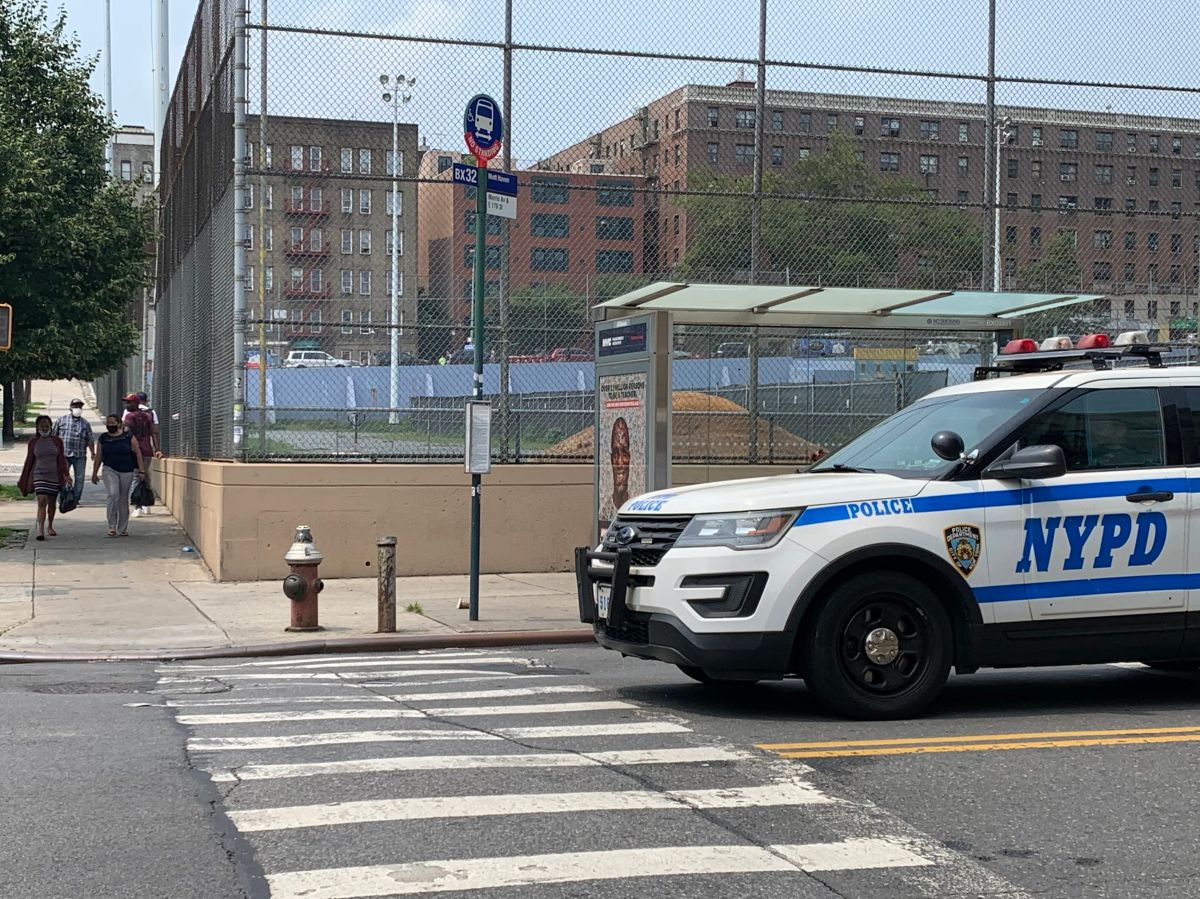 – “What did you do to get raped?”
– “Are you sure she was raped?”
– “Your case is closed … please do not call us again”
– “We have more important things to investigate”
– “Why did you speak to a stranger?”
– “You have to get the evidence yourself and bring it”
– “We are busy with other cases”
– “Do you understand the seriousness of what you are reporting?”
– “Call the man who raped you and record him confessing what he did”

These are just some of the phrases that various women rape victim in New York City on Monday denounced having received from NYPD uniforms, when they came forward to report the abuse they suffered. And it is that although municipal regulations require that the members of the New York Police Special Victims Division (group in charge, among other things, of working with cases of sexual and domestic violence) have a “sensitive training” to be able to better help women victims of these crimesAs well as training on how to investigate these cases, the complainants assure that the Uniformed is not complying with the law, much less doing its job well.

This was stated on Monday by women who have been raped and who, after dealing with the NYPD for help, have encountered “Unworthy”, “dehumanizing”, “offensive” and “revictimizing” treatment, or negligence and failure to take them with the seriousness and gravity that their accusations deserve.

Complaints were made this Monday, in a hearing that lasted more than four hours, convened by the Public Safety and Women and Gender Equality Committees of the Municipal Council, where the NYPD he was called to account for the way the Special Victims Division has worked in the last year, and ended up in the red for what councilors called mismanagement.

“I was raped six years ago by a colleague but my experience with the NYPD was worse than the rape“, Said Leslie McFadden, who stressed that the police do not take responsibility for the work they should have not only in investigating rape cases, but also in the way of treating victims. “It’s time the NYPD cares and understand that you need to improve training with respect and compassion, and conduct fair research. We are not asking too much ”.

Another of the victims who gave her testimony, who preferred to identify herself only with the name of Christina, denounced that after being raped in September 2020, she faced the work of the Special Victims Division, discovering that the officers in charge of her case acted with “negligence and incompetence”, as well as “lack of investigation.”

“They did not interview the tetigos, nor did they look at the matter of the video cameras (…) and six months later they told me that my case had been closed,” said the survivor, assuring that an officer even told her that she could be tested for AND she earned $ 1,000 out of her pocket. “Did they ask me to pay for a crime committed against me?, While they continued to receive their salary for investigating my case… Every five calls from me they returned one and they did not respond to my e-mails or my text messages ”.

Councilor Adrienne Adams, president of the City Council Public Safety Committee He stressed that the complaints of the survivors confirm that the Special Victims Division of the New York Police is not helping rape victims, and on the contrary, its actions are subjecting them to another level of trauma and pointing out.

“All this raises a red alert in me. They are disturbing testimonies. I am stressed by the problematic behavior that exists in the relations between this division and the survivors ”, commented the political leader, criticizing that on many occasions, trying to do justice, the victims become their own detectives, obtaining evidence and moving the cases, and in the end, many times nothing is achieved. “It’s slapping the victims in the face yet again, closing the cases. This is unacceptable”.

The councilman of Queens, Robert Holden He also criticized, not only the lack of effective sensitive training within the more than 285 members that make up the NYPD’s Special Victims Division, but he was astonished to learn that more than 60 percent of its members are male, that is, 172 officers, and 113 women.

“That is problem number 1. There should be more female officers than men.. At least 200 should be women. That would be the right thing to do. They may be more sensitive to the subject. It is not automatic, but it could be a good start, “said the politician, who asked the NYPD to take serious action against those officers who issue offensive responses to victims. “An officer should never say ‘I am working on another more important case.’ Those officers shouldn’t be working at the NYPD… Plus you have to monitor the watchlists. “

The inspector Michael King, director of the NYPD’s Special Victims Unit, listened attentively to the complaints reported by rape victims, and assured that in the last year that group has tried to resolve flaws, but admitted that on issues such as sensitive training, not all members received them.

“Our commitment is that all victims are treated with respect and compassion,” said the officer, who warned that “all cases are treated the same, regardless of demographics.”

The officer warned that due to the termination of a training contract last year, the training process among several officers was halted, but said that it was then resumed at the end of the year and that there will be another training in November.

After hearing this, la concejal Helen Rosenthal expressed concern, and also claimed to have data showing that a large number of Unit officers did not take the training last year, and tools such as ZOOM were not used, which could have led to more officers dealing with rape cases. They will train as required by law.

“I don’t think the problem is the lack of officers, nor do I think more police have to be added, but rather properly train them and get them to do the job,” Rosenthal said.

At the end of the hearing, inspector king agreed with the need for officers who work in the Special Victims Unit to have an empathetic approach in order to truly help the women and men who come forward to report.

“They have to understand that when a woman is sexually raped, she cannot relive what she experienced as if it were a robbery, that it is different and that she can narrate it, but when she was raped she cannot go back to what happened. We must try to do our best, not only take their complaints seriously but do our best, and I will not accept anyone here who does not. That is the new Division, ”said the officer.

The officer did not know how to respond to several questions from the councilors, how is the disconnect between the plans of the Unit and reality? What is taken into account mainly to close the cases of rape without having been resolved? And why was it ensured that the trainings had been suspended due to the pandemic? When he stated at the hearing that it was due to hiring with the trainers, and not because of COVID-19

The public hearing also served to introduce two pieces of law. One, it would require that the NYPD obtain information on the disposition of sex crime cases and that the mayor’s office for criminal justice report the results of sex crime cases.

Sonia Ossorio, from the organization NOW New York Women of New York, which has been denouncing for years the lack of fair and dignified treatment by the NYPD for rape victims, also criticized the procedure of the Uniformity and assured not having seen real changes since 2018, when sensitive training was required.

“I do not see where the changes are going to happen and how they will carry out long investigations, with 67 officers for 5,000 cases and little trained,” said the activist. “We don’t have the movement we need and if leadership from above isn’t given, nothing will happen to women who are still fighting for justice. It’s a slap in the face for rape survivors. We need them to work with us ”.

Kelly Dwyer, Another rape victim, was pessimistic about eventual changes in the NYPD and after stating that she left town due to the way the police treated her case, she said: “The worst thing that happened to me was how the NYPD handled it. That damage was worse than the rape. They made me feel that I was a suspect, that I was the criminal ”.