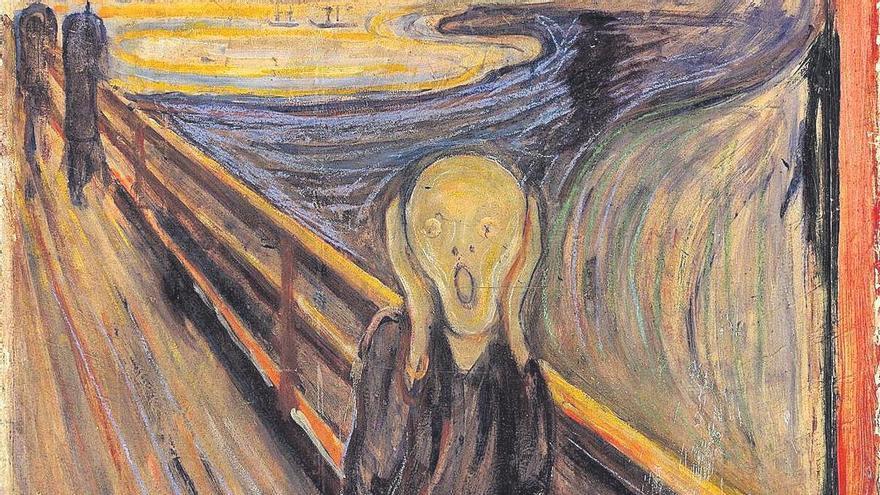 I woke up sweating, out of breath. Driven by the need to breathe, I sat bolt upright in bed. My heart was beating very fast, as if it had started an instant before. I had never felt anything like it and I wasn’t sure, but I sensed that at some point I stopped breathing, that my heart struggled to react, to regain its rhythm of life. My life.

The heartbeat calmed down little by little. Then I realized that an idea persisted in my mind: the baby that my mother gave birth in Villajoyosa was not stillborn. That is what my sister meant when she spoke to me unexpectedly the day I visited her. Now I could not remember exactly the dream, but I would assure that it was related to my sister Carmen. Probably with the only phrase he said to me that morning in the hospital with a blank look. How she had come to this conclusion was anyone’s guess, but I was convinced that she was right: the baby that Mom gave birth in that private clinic in 1983 was not stillborn. For months now, newspapers and radio and television news programs had been reporting on cases of children stolen at birth in the 1960s, 1970s and 1980s almost daily. Many of these cases were being investigated by different courts, several plots had been discovered in different parts of the country, involving doctors, midwives, nurses, religious (priests and nuns) and, of course, the adoptive parents, who had paid large amounts of money, apparently depending on the purchasing power of the family.

Carmen had most likely heard about these plots and, despite the cognitive impairment she suffered, came to the conclusion that the same thing happened to our stepbrother or stepsister, for that reason they did not want to show the corpse to mom, I recapitulated. A conclusion that I, being supposedly saner, was not able to reach.

Was it worth investigating what happened that Good Friday in 1983 at the Villajoyosa clinic? It had been eleven years since mother had passed away, but she still kept the documentation that she kept in various folders in our attic in Benidorm. Maybe he would find something, data on the delivery. The next time I went to Benidorm I would look through his papers, I decided. The next time I was not supposed to delay, I corrected immediately, if I wanted to do that search with my own eyes: although the loss of vision due to NOHL had slowed down over the last week, it was becoming increasingly difficult for me to read. So much so that he had had no choice but to request sick leave. A loss that allowed me more time to think about the hypnotherapy sessions and to visit my sister. By the way, that same morning (there were three hours until dawn) I would go to visit Carmen again, I wanted to see if I could communicate with her, if only through our eyes.

I remember when he had his first schizophrenia crisis, it was a few months before we were thirty years old. The recent death of her son in a tragic accident had served as the trigger for this horrible disease to manifest itself for the first time.

According to doctors, the age of onset of this pathology is between fifteen and forty-five years old. But the paranoid type, the most frequent, the one my sister suffered, manifested itself for the first time when she was about to turn thirty.

To the despair of her husband, who had not yet managed to overcome the loss of their son, Carmen suddenly became a strange person seeking isolation. Quiet, although sometimes she spoke alone, serious, grim even in front of him, she laughed for no apparent reason when she thought no one was listening. Although she refused to go to the doctor, Mario managed to get her treated and medicated. He hired a nurse to take care of her and watch over her taking of medication while he worked, the rest of the day he did not separate from her, not even at night. The remission phases of the symptoms were more stable and prolonged than the exacerbation phases, but with the passage of time these symptoms became more pronounced, losing total contact with the world. He had moments of apathy and others of excitability, lack of interest in sex and personal hygiene, he suffered from insomnia, palpitations …

Thanks to the medication she took on time, Carmen controlled the most acute attacks, but when they did break out, they lasted for days. Terrible days of almost always auditory hallucinations. She said she heard voices inside her head and delusions that made her live restricted and unique realities. She felt controlled, haunted by strange powers that dictated what to do. He said he was looking for someone he should free from his prison.

In October 2000, at the zenith of one of those psychotic outbreaks, Carmen tried to throw herself off the terrace of her house. Luckily, Mario arrived in time to prevent it. But that suicide attempt, which occurred shortly after mother’s death, advised her to be hospitalized for the first time at the Provincial Psychiatric Hospital.

She was hospitalized for almost a year. During that time the most negative effects of his illness disappeared thanks to the pharmacological treatment and his psychosocial rehabilitation was being prepared with the collaboration of Mario, who went to the hospital to participate in the sessions. When he was released from detention, he was able to almost regain his previous life. According to what she told me during our telephone conversations, she had managed to reactivate her sexual life with Mario and even returned to work as a nurse at the General Hospital of Elche.

I went to Tenerife, to Puerto de la Cruz, to take over the management of a hotel for the first time in my professional career.

I had agreed with Dr. Ríos that the next hypnotherapy session we would continue to do in his office, with the assistance of a colleague of his and the use of an encephalogram. And if the result was positive (what he understood as positive was not very clear to me), I promised to go to a clinic for the next session, in which I would have a brain MRI.

I took a taxi, I arrived on time for your consultation. As kind as ever, he greeted me before introducing me, in his office, to Francisco Bermúdez (in his mid-fifties, bright and clear orange aura), an eminent psychologist who had come expressly from Madrid to attend our session. He also introduced me, to my surprise, to a young woman of about twenty-seven, whose small body was surrounded by a gray halo.

–Aitana Soler is an excellent neurologist, daughter of a good friend of mine, who has offered to collaborate. I hope you don’t mind, Patricia.

I just smiled, but I’m sure he knew how to interpret my gaze. I did not like the presence of strangers in an act that for me was as intimate as getting naked. I did not expose him by opposing that girl participate in the session; I reserved the right to reproach him for the way he had imposed it on me later, when we were alone.

The little room where we used to do the sessions was too small to hold four people and one more device. Once I was lying on the table, Aitana placed the electrodes of the encephalogram on my head. Dr. Ríos sat down, turned on the camera, and took a piece of paper from the pocket of his robe. Dr. Bermúdez remained standing.

–Before starting, I am going to ask you some questions related to the previous session. Please be as concise as possible.

“About the previous session?” I repeated, not understanding what it was all about.

-Yes. It will be a kind of set-up of the encephalogram before starting and will also serve to check the reaction of your brain …

“As if it were a polygraph but more sophisticated, right?” I asked, annoyed but contained. Although it bothered me that they questioned my sincerity, I understood that they wanted to do their checks.

“Something like that,” Dr. Bermúdez said without a trace of remorse.

– Have you ever been to Melilla? –He asked after checking that Aitana was ready.

– Have you ever read something about the recent history of Melilla?

– I think not … Well, years ago I read a novel by Ramón J. Sender, I think that was the title of Imam, which was about the war in Melilla, the one of 1921.

– Had you heard, read or seen before the last session anything about Mohammed Asmani, aka El Gato?

–And about Guadalupe Molina?

– The debacle of the Barranco del Lobo?

“Hmm … No. I knew about the Annual disaster from Sender’s novel, as I have told you.”

“Does your sister have a mole on her forehead like yours?”

“No.” The unexpected change made me look at him, but the hypnotist did not take his eyes off the paper in his notes.

-Yes. Well… ”I hesitated. Although I did not know who that woman was, I remembered her as if I had met her… –I replied confused.

– And the mother of Guadalupe Molina?

“And the mother of Mohammed Asmani the Cat?”

“What about El Gato’s grandmother?”

– Isn’t it curious that, despite not having met them, he has told me about them, and that all the women that he thinks he remembers in his regressions have a mole like yours?

– Not all. My grandmother and my sister don’t have it. Neither are many other women who appear in my regressions… What are you hinting at?

Dr. Joan Ríos folded the paper and put it in the pocket of his robe.

-We have already finished.

“What was that about the mole?” Of course, it seems strange to me that both the cupletista and the Moor Gato’s mother and grandmother had a mole like mine, especially because they are not from my family, but …

I was silent when I saw that both psychologists smiled at me as they watched me.

-Either they think I’m wrong and they think that these women can have some parental relationship with me, or they have come to the conclusion that I’m like a cowbell.

They both widened their smiles. Dr. Ríos answered me, at the same time that he lowered the intensity of the light.

Suddenly a pleasant smell of honey and lemon came to me.