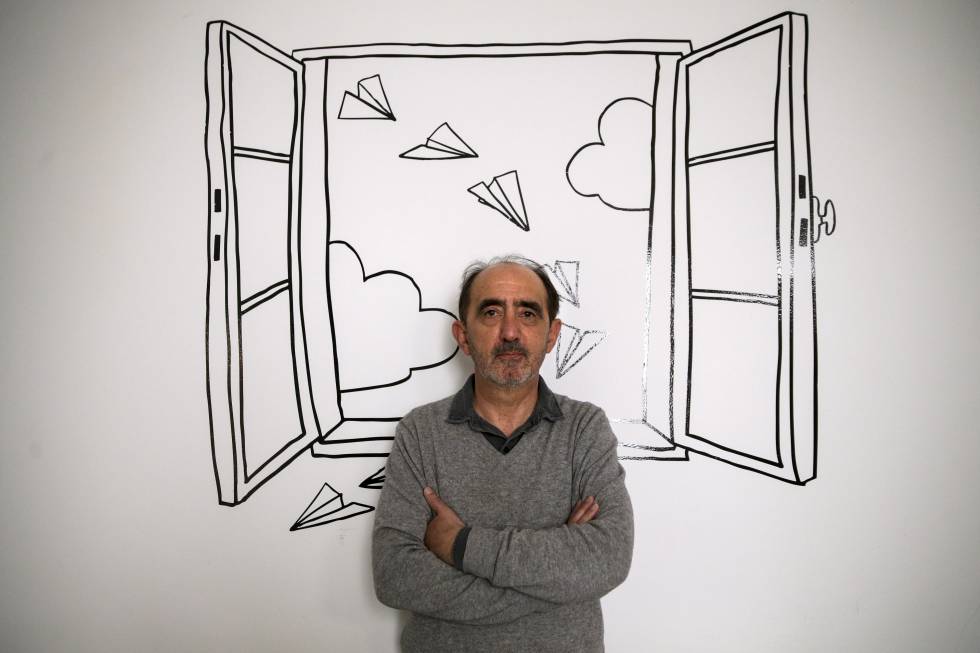 Daniel Innerarity has added one more line to his list of professional duties. The professor of political and social philosophy is an Ikesbasque researcher at the University of the Basque Country and director of the Institute of Democratic Governance. In addition to being a columnist and part-time professor at the European University Institute in Florence, has assumed the direction of BBK Kuna Institute, the think tank of the recently inaugurated House of Sustainable Development Goals (ODS) in Bilbao. A group of experts led by the philosopher will propose the great challenges to be solved in the capital of Biscay, with the ultimate aim that projects supported by the institution contribute to solving them.

“I am not a specialist in ODS, but in forms of government,” he is quick to clarify. Next, he recognizes that practically any social, urban or environmental problem is included in the international agenda approved by the United Nations to achieve a more just, egalitarian and sustainable world by 2030. And with that hook, the conversation continues without impatience, with apologies for the wandering in the answers – “what was the question?” – and prolonged dessert post-recorder that ends when family commitments require his presence.

Question. Six years after the approval of the SDGs, what is your analysis of the progress (and setbacks) towards their achievement?

Answer. The great value of the SDGs is not concrete progress, but that there is a political program of humanity. The most interesting thing is that it commits us to a specific historical moment in which everything is accelerating enormously and most of the agents, both economic and political, are focused on the immediate, on short-termism. That there is a collective commitment to maintain a direction is the most relevant. It corrects a bias in our usual practices – of companies and political institutions – of not looking beyond our own noses. The pandemic is one more link in a set of crises for humanity, which makes us wonder what happens in a society like ours. That we do not anticipate crises well; and there are latent developments that are going to have catastrophic effects. A society, as my teacher Ulrich Beck said, that threatens itself, whose ways of life, decisions, consumption, mobility, energy represent a danger to itself. That there is someone who points, in this case the United Nations, in a somewhat countercyclical sustainable direction to correct the opportunism of the actors, is fantastic.

P. Doesn’t it matter that the objectives are not achieved?

R. What worries me about how we are doing things is what time horizon we are setting, what are the lines, what are the directions. And from that point of view, it’s a great framework to move forward. If we attend to each of the specific objectives, we see progress and setbacks.

P. As a political program of humanity, does the Agenda have an ideology?

R. To a large extent, the fact that there was a global agreement indicates that it is not an ideological agenda. The accusation of ideologization is rather recent and supervening. I get the impression that the extreme right that criticizes certain things as politically correct and that challenges agreements at all levels, national or global, does not do so because it has a better idea of ​​what the great goals of humanity should be, but because deep down it does not want to return to an agreed common framework of discussion and strategy. They are not proposing to eradicate poverty in another way, they are simply proposing the freedom not to attend to this and other dimensions of collective action.

The extreme right does not propose to eradicate poverty in any other way, they are simply proposing the freedom of not attending to this and other dimensions of collective action

P. Do you think that this long-term roadmap will achieve structural changes or just patch up global problems?

R. Democracies have several problems. One is short-termism, what the agenda tries to correct. Another is that democracy has to be a regime of transformation. And right now, in many countries, it manages stagnation. It is a large pachyderm that moves very slowly. Our institutions were shaped at a significant moment in the division of labor and power. An obsessive idea of ​​the moderns was to divide, not to mix the private with the public, religion with politics. What happens now? That, according to my thesis, democracy is designed for a world that does not exist. Some companies have already understood it and in the university, the most interesting things are done in cross-disciplinary contexts. In many areas we are witnessing reintegration. There is a great attempt to build a world without surroundings. An environment was a place where you threw the garbage and nothing happened. Now we don’t want to have them and the circular economy emerges. It is a breakthrough of humanity.

P. Democracies and our institutions no longer serve for progress?

R. The problem is that the fundamental political instruments at that time, the great actors that are the States, have very little capacity for transformation. Governing is not very complicated, it is enough to win an election and set up a slim majority. Now, if we examine the agenda of the countries, there is a set of issues that are enough to be governed – services, small reforms – but there are others, the most important ones, that need to be transformed. And for that, it is not enough for you to have a government, not even with an absolute majority, you have to have broader agreements in parliaments, involvement of civil society, workers, companies … A society that understands the issues. For this reason, centers such as the House of the SDGs have the potential to do a certain pedagogy. What is failing us is what I call the democracy of transformation. We have democracy that produces governments, but not transformation.

P. What will this Kuna Institutoa project contribute to the transformation?

R. Our role is to think about, in the context of the SDGs, what would be at this moment, taking into account the scarcity of time and resources, the issues that we have to address in this specific territory.

P. What priorities have you identified to open lines of work?

R. We have started some zero projects, without waiting for calls and the entire formal process that can be a bit slow, about company transformation, unwanted loneliness and post-covid report. Then there is a set of topics for which a public call will be made so that people can participate in research projects that have to have two characteristics: a practical dimension and that involve synergies between academia, institutions, civil society and the business world. And when granting aid, the theoretical and practical quality of the projects will be assessed, but also the capacity for involvement of the various levels of society.

P. How can you change the global, achieve the well-being of humanity, from the local in a prosperous city like Bilbao?

R. In the end, all global problems – pollution, poverty, inequality, education – are lived in the neighborhoods. Global problems do not occur on the global stage because such a thing does not exist; what exists are concrete scenarios. I am passionate about the relationship between the local and the global. And I think we have misunderstood it, as two antagonistic things: as if there were events on different planes. But on the global, nothing happens. In my book Pandemocracy I was analyzing whether to globalize more or less. It was curious that there were people for whom the pandemic confirmed their globalism, and other people, in their localism. The first said: “You see, vaccines have been possible thanks to science that is a global institution; WHO has not fulfilled its role well, it must be strengthened. What a shame that Europe does not have a powerful risk identification office, as it should be. This geographical dispersion of autonomous powers does not make sense, we must centralize power ”. On the other side you would find people who said that where the local has worked, where the supply chains were short, things have gone relatively well: contagions, public order, and even needs have been detected. of the most vulnerable people; Neither Fernando Simón nor the director of the WHO perceive that, but the municipal police of my neighborhood or my town knows it. Our mission is to contribute to the development of the Goals from the neighborhood, the city. And that can have an exemplary function in the world. Bilbao has a desire, sometimes a bit exaggerated, to be exemplary. Can be done.