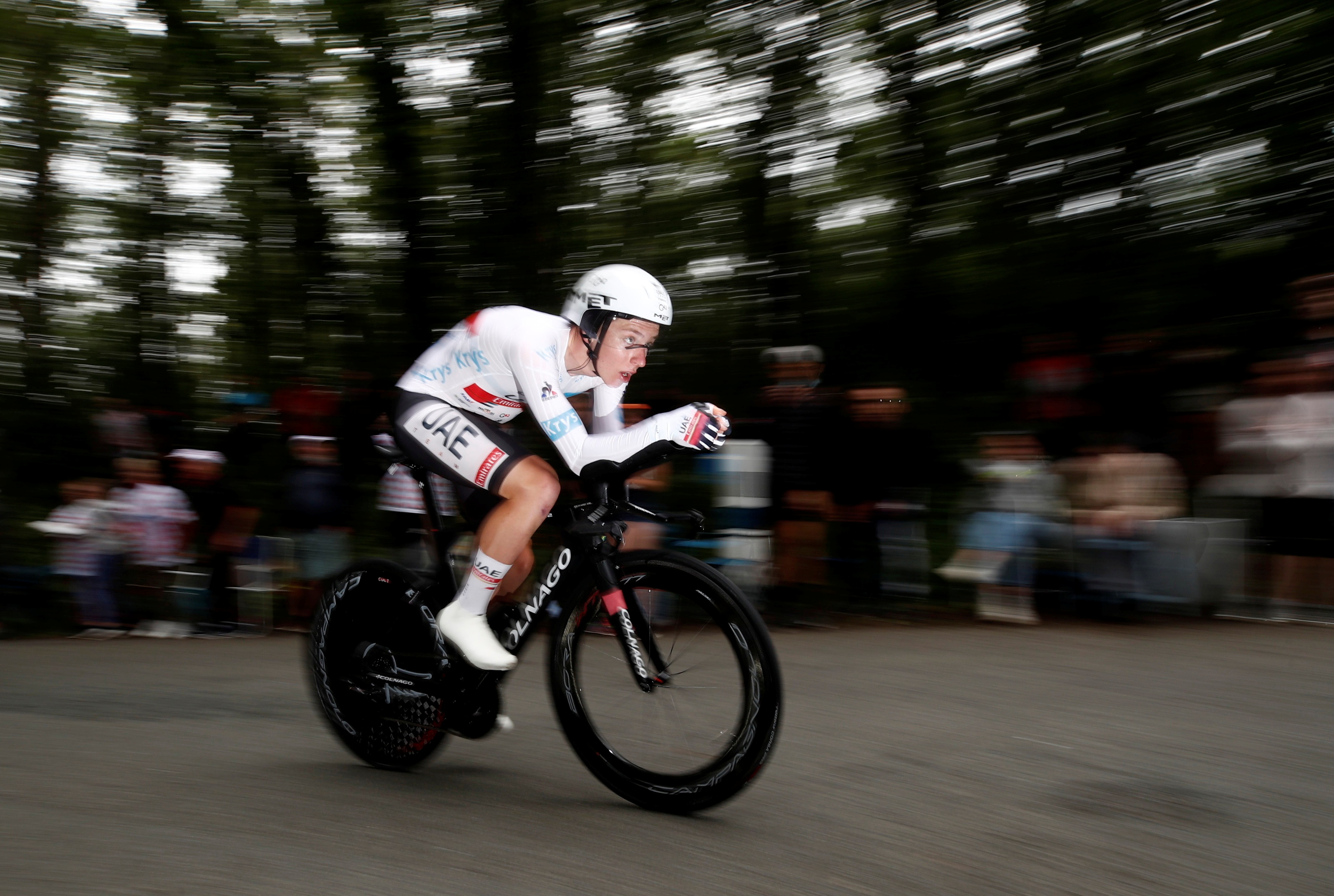 At the end of the time trial, the wise men contrast their predictions with the results and pat each other on the back, just what we had calculated, they say to each other, smile and continue with their gaze fixed on the screen of their computers.

At 51 per hour, in 32 minutes, we have nailed it, say the technicians of Tadej Pogacar, who burns the Tour and after five days he already has the main rivals more than a minute away for the final victory (Rigo, at 1m 21s; Carapaz, at 1m 36s; Roglic, the mummy without bandages, at 1m 40s; Thomas, the disjointed, at 1m 46s; Enric Mas, at 1m 50s) and they thank the man who draws the Tour for having limited the time trials to distances moderate, 27 kilometers on the fifth day, 30 kilometers on the penultimate, because, say the old men with memory, if they were like in the days of Indurain, up to 65 kilometers, bye bye, welcome to the Tour, which is your kingdom, Pogacar. And even though this is not the time of Indurain, neither does hope have much to say, nor the illusion so attractive that the Tour would be at least a dialogue of Slovenians. Primoz Roglic mute because of his injuries, the 2021 Tour de France will be the monologue of a boy, the Slovenian prodigy of Komenda, who will probably achieve the unique feat of winning it twice at the same age, 22 years old, within a period of 10 months, courtesy of the delay that the covid pandemic forced to the 2020 edition.

Forgotten the blood, and the arrest by the police of the granddaughter of the Opi-Omi that caused the first great fall no longer occupies but a footnote, the Tour is in its territory, that of technology and big data, and the wise men who have learned so well to translate watts into kilometers per hour are growing , like Patxi Vila, who congratulates herself because the App designed by Telefónica Tech worked perfectly and was able to apply to Enric Mas, the best Spaniard, who left later, the Superman references, the objectives that he had to achieve with each pedal stroke, and that everything had went very well. “We are on the right track,” says the Movistar coach. And the runners go with the flow.

Pogacar and Mathieu van der Poel get along very well. Poulidor’s grandson says that the Slovenian blonde is super friendly, that he messages on Instagram many times with him and that he is very happy with his victory. “He has done something huge,” says Van der Poel, still in yellow for 8s thanks to what he considers one of his best days on the bike, a Wednesday he will never forget (he finished fifth in the time trial just 31s from the phenomenon), what that makes Pogacar so happy (among other things because the Dutchman’s Alpecin will be the team that will have to work on the two remaining stages before arriving in the Alps on Saturday) that leads him to say that he is super happy for his friend Mathieu, who deserves it, who is a great person. And neither of them forgets to say that, deep down, they had not been responsible for their performance, but the technicians who had made them change position to be more aerodynamic and get more kilometers per hour from each watt.

As if it were all they, the wise men, as if the average 49.8 kilometers per hour that Roglic achieves in pain were only the result of the watts and the position of the bicycle, and not of his journey beyond the pain threshold of a person without tramadol or morphine through, his ability to keep his hands on the handlebars while the insolent drop swings at the tip of his nose making him an excruciating tickle, and he holds on, as if his heart is not pounding. As if Mas had not nailed the best expectations after a faltering start because Pogacar was behind him, a match two minutes later, and simply managing not to be doubled was a success, and so the Slovenian was the hare that pushed him. As if Thomas did not run with his shoulders smashed in a fall three days ago, as if Van der Poel was not accelerated by the desire not to give the yellow to Wout van Aert,

As if nothing, and perhaps, because the new owners of cycling, those responsible for performance, take it for granted, they continue with their formulas and only if it buzzes them a little do they admit that perhaps something has surprised them too. Pogacar ends up saying it and his people say it, who knew that he was very well physically, better than in the last Tour even, with better numbers in the fetish value of these times, the functional power threshold (FTP), which is the watts that an athlete can achieve after one hour of maximum effort, measured during the three weeks of concentration in height, in Sestriere, between May and June, but who doubted his time trial, an exercise in which he still has the capacity to improve. And rivals who hear it cry. Scorch the Tour and can still get better, no! Help!