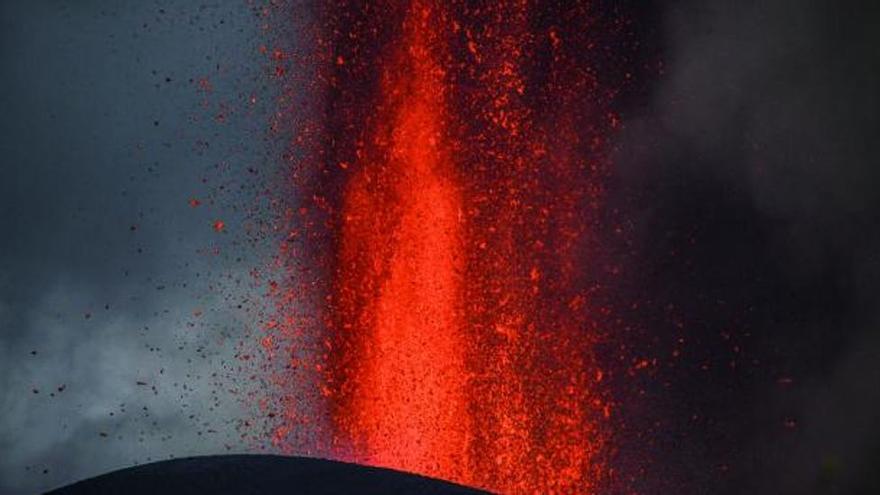 This natural catastrophe still has a few more chapters to tell – most of them related to the neighbors who suffer the attacks of the bowels of the earth on the ground – but geologists and other members of the scientific community have been trying for days to square the story. birth certificate of this new volcanic building. «Welcome to the Tagojaite Volcano». Doesn’t sound bad, does it?

Disappeared under the lava

A few meters from the point where this drama overflowed (Cabeza de Vaca, a path that departs from the San Nicolás road in the direction of Los Llanos de Las Brujas) existed a lush landscape known as Tajogaite: the valley was partially buried by the advance of the main stream. In fact, the initial obstacle that the lava rivers had to overcome is known as Rajada Mountain. It is a natural space located in the upper part of the Alcalá neighborhood, just to the left of what is Cabeza de Vaca and behind the Montaña de Bruno: the matrix crack opened between El Frontón and La Hoya de Tajogaite, specifically, in the Las Manchas neighborhood, which is a dividing line between the municipalities of El Paso and Los Llanos de Aridane. By the way, in the area some cheeses with a designation of origin are made that are promoted through social networks as Tajogaite Cheese.

Back to the heart of this issue, some voices initially warned as a reference to take into account that it was called Tacande Volcano, but that population center is more than one kilometer from the eruptive focus that originated the largest volcanic crisis that has been registered in Spain. in the last five decades, just since the Teneguía erupted (1971). Something similar happened with the candidacy that defended that it should be known as Jedey Volcano, a town near one of the mouths in which the most violent eruptive peaks recorded last Friday were chained: the idea was promoted through Twitter by the Tenerife geologist and paleontologist Francisco García-Talavera.

Baptizing it with the name of Cumbre Vieja Volcano would not fit the current reality either, since Cumbre Vieja refers to the building that encompasses the eruptions that have been recorded on the Isla Bonita. With all this, and taking into account that homeowners usually choose the option in which the ground breaks, that point is located in Tajogaite. Another fact to take into account when solving this question is connected with the historic volcanology of La Palma. And it is that the rule indicates that the name of the volcano in question is decided based on the aboriginal toponymy of the place that erupts or attending to the festival of the day in which the magma rises to the surface. On La Palma there are several examples that go along this line with the Tacande Volcano (1470/1492), Tajuya (1585), Tigalate (1646), San Antonio (1677/1678), El Charco (1712) San Juan (1949) –Which is the result of the joint eruptions of Hoyo Negro, Duraznero and Llano del Banco– and Teneguía (1971). The absence of Castilian references bodes ill for Cabeza de Vaca.