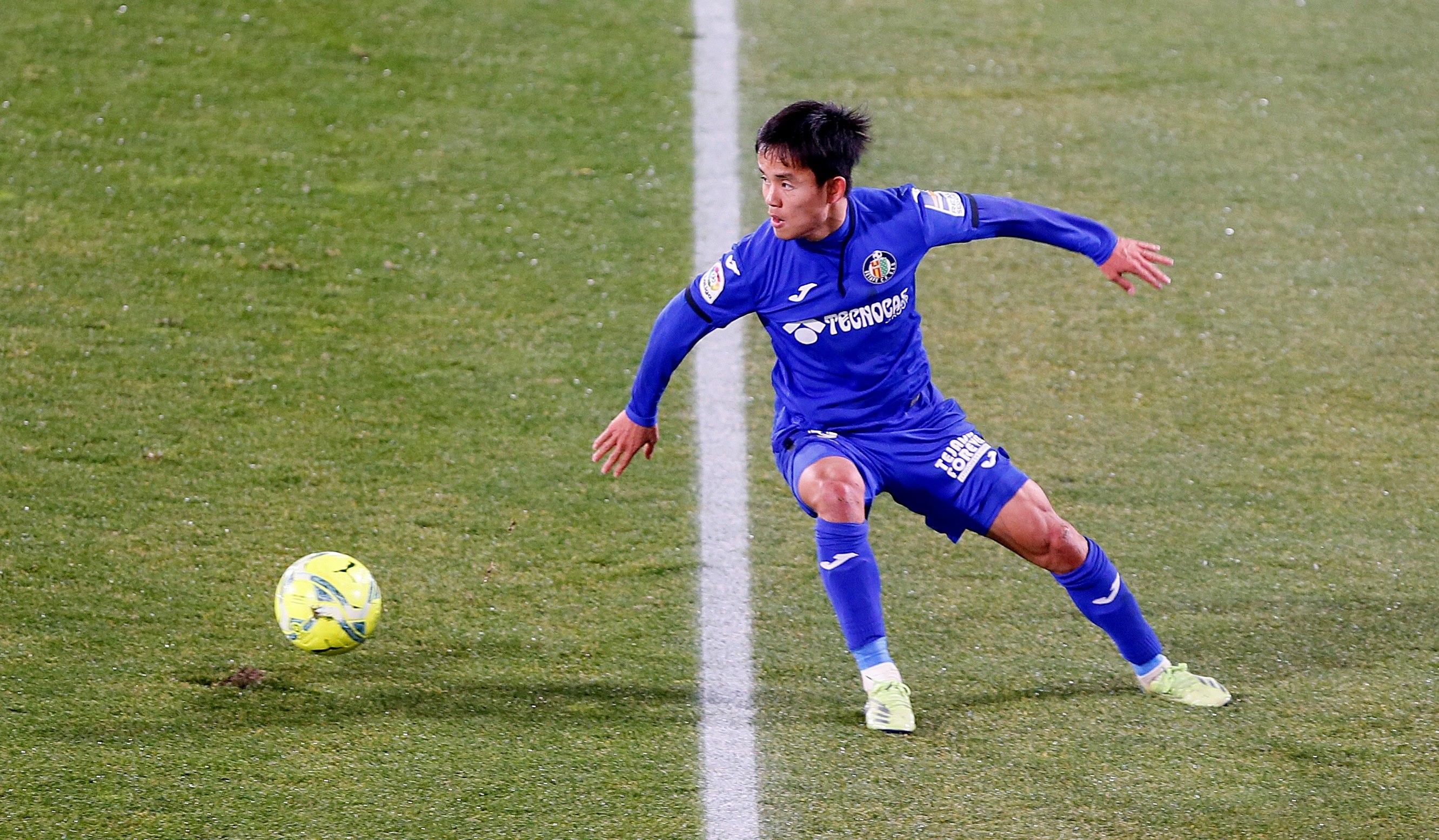 There were no signs of the usual marketing edge that accompanies the signings of Asian players when Getafe decided to bet on Take Kubo (Kawasaki, Japan; 19 years old) in the last winter market. His arrival, along with that of Carles Aleñá, responded to the need to improve the offensive game of a team that did not meet the expectations raised by his brilliant previous campaign. “There have only been football reasons to bring him to Getafe. Nothing other than football has led us to hire him. From everything we saw last year at Mallorca, we were very clear that he is a different player that we did not have in the squad ”, they assured from the Madrid club’s sports management when the loan was closed with the approval of Real Madrid.

The white club has been the owner of the rights to Kubo since 2019. An urgent report from a Madrid scout, given Barcelona’s interest in playing him back, recommended that he be hired for the payment of some two million euros to FC Tokyo. In Madrid, they considered a bargain the outlay for a player who left La Masia as he was one of the minors for whom FIFA sanctioned Barcelona with two market windows without being able to register players.

Given the drift of his team, José Bordalás asked the Getafe sports management for an offensive player for the right wing. Kubo was his first choice. Discontent at Villarreal, where he was also on loan, due to the little prominence that Emery gave him, both the player and Real Madrid saw Getafe as the ideal destination to continue shaping themselves in the First Division.

Bordalás’s commitment to Kubo and Aleñá was so determined that for the first time in four years the coach resigned at 4-4-2 to move to 4-2-3-1. Kubo led a revolution in accordance with what the technical reports of the Azulona sports management told him. Versatile to play as a second striker, although he was signed to play on the right wing due to his great capacity for unbalance in one on one and to generate a lot of football in the last third of the field: these were the main qualities attributed to him from his new club.

With just one training session, Bordalás gave the sparkling Japanese player half an hour in Elche (1-3) in which he participated in two of the goals. In his first start against Huesca (1-0) he did not disappoint either. In the three following occasions in which he played from the beginning he ended up falling from the team. He suffered in a very physical match with Alavés (0-0) and was marked by the defensive fragility that the team exhibited against Athletic (5-1) and Sevilla (0-3). Since then, Kubo has been relegated to the substitution. The defensive bleeding in a team that had made solidity its great hallmark took Kubo and Aleñá ahead. Bordalás took refuge again in 4-4-2 and in players who are more adapted to his style. At Alfredo di Stéfano (2-0) he was already relegated to the bench.

“Kubo is a player who has to grow and improve on a physical level. He is young, has room for improvement and must appear in other areas of the field, join forces. Little by little he will contribute and help the team ”, explained Bordalás about his substitution before the team he is owned by.

A week later, after the defeat against Real Sociedad (0-1), the Alicante coach already explained the second consecutive substitution of Kubo and Aleñá, from the defensive aspect: “The team has conceded many goals, not because of of them because they are two players with an important offensive vocation and with quality, but we had lost defensive strength. We came from conceding 10 goals in three games and we were looking to seal ourselves on a defensive level ”. Last week in Valladolid, at 2-1, Bordalás gave Kubo the second 45 minutes. He improved the game of Getafe, had a chance to score and generated another. He has gone from leading a revolution to meritorious as revulsive.