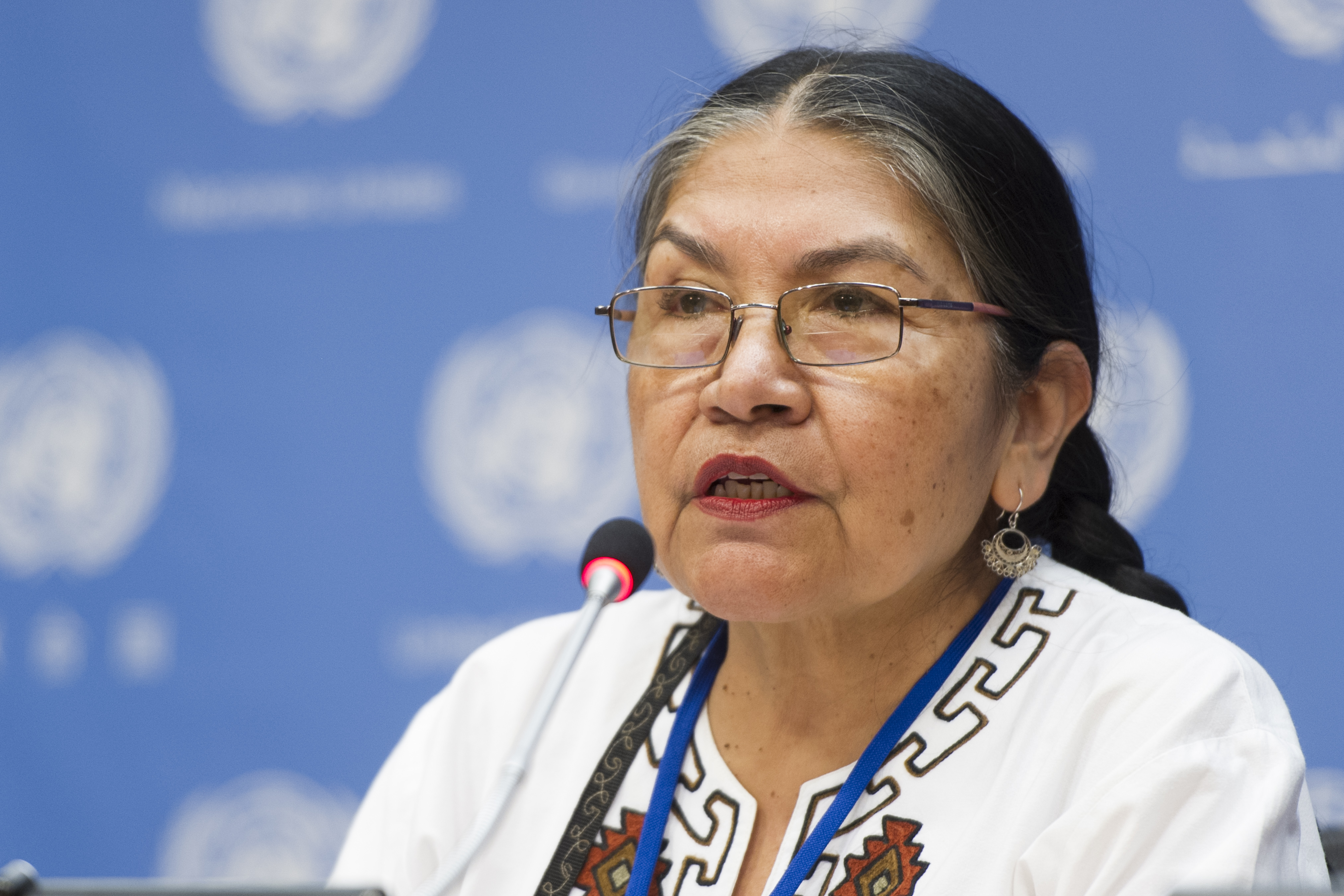 The rebellion that flags Tarcila Rivera Zea (Ayacucho, Peru; 70 years old) started in his own skin. Everything that one of the most powerful referents of the native peoples in Latin America preaches today is born from the first person and from the barriers that she herself had to jump. From the ten-year-old girl who started working in the city as a domestic worker, to the young woman who had no choice but to learn Spanish to survive in Peru at that time. Founder of Permanent Workshop of Andean and Amazonian Indigenous Women of Peru and executive president of the International Forum of Indigenous Women (FIMI), has been defending social justice for more than four decades. For this reason, when it points out the evils of the communities – internal migration, discrimination, identity uprooting, violence – it is blunt and clear. His words keep the open-mindedness of eyes hardened by experience.

In the framework of the Second Global Conference of Indigenous Women, Zea meets virtually with Planeta Futuro to address the pending roadmap and demand public policies that take into account the intersectionality and plurality of ancestral peoples. “Because if not, we leave out a lot,” says the former member of the UN Permanent Forum for Indigenous Issues.

Question. Indigenous women face more obstacles to enjoying their rights, but you refuse to present them as victims …

Answer. Generally, the States present us as subject to assistance because they start from the idea that we do not have capacities and that we are dispossessed of everything. When, in reality, if one looks at the sociocultural context of indigenous women, all of them can perfectly manage the resources of their environment. They take care of nature, the seeds, they create life … It is not that we are vulnerable just for the sake of it, but rather that the contexts put us in a situation of vulnerability. If, for example, they invade your land where you were producing food, or if droughts or frosts come that kill your crops, or if policies discriminate against you, you become a vulnerable person due to the impact of climate change or racism. You have to be critical of inequities and see where they come from.

P. Why is intersectionality so important?

R. When we talk about gender discrimination and intersectionality, culture or ethnicity is not taken into account, we are leaving a lot out. In health, for example, intercultural systems are fundamental and continue to be a pending agenda in multilingual countries with as much plurality as the countries of the entire Latin American region. Sometimes we are an invisible sector that is not included in public policies.

P. Are there references to good public policies that take into account all those variables that converge in your group: women, indigenous, rural?

R. There is progress up to a certain level, such as the fact that we are participating on international stages. The recommendations or agreements of the Commission on the Juridical and Social Condition of Women are being taken into account. In 2004 we brought suggestions to the Permanent Forum on Indigenous Affairs … The message we want to convey is precisely that intersectionality is key to eradicating violence, which for us is plural. It is necessary that they understand us and that we respond from collective rights as indigenous and from individual rights as women. Both are indivisible and complementary. But it is pending to lift the barrier of racism and ethnic discrimination in our countries.

Unfortunately, it has not been possible to lift the barrier that those who came were better than us. And it takes us a lot of effort to feel pride in what is ours

P. What is wrong?

R. That ours is always postponed, due to prejudice and racism. Racism is not related only by color; racism is an ideology that makes you make decisions when granting rights. And that is behind the lack of public policies for indigenous peoples throughout the Latin American region. Everything bad advances.

P. Is Latin America a racist people with indigenous communities?

R. We have to look at the scenery of all the colonized countries. Unfortunately, it has not been possible to lift the barrier that those who came were better than us. So, it takes us a lot of effort to be proud of what we are. Our colonizers took it upon themselves to oppress and alienate us from that pride through a story written by third parties in which we are encouraged to feel insecure about our cultural identity. The important thing is that the discrimination we suffer in public spaces is increasingly becoming evident. We are no longer Indians and blacks against racism, but people who feel affected by that neglect; we are a somewhat larger collective.

P. What is the roadmap to follow after the Second Summit of Indigenous Women?

R. What we have pending is, precisely, dialogue between indigenous women of the seven cultural regions of the world; share agenda and prioritize aspects that affect us all. In Latin America we need investment and recognition in land rights. In northern Europe, the Sami are defending access to the lake for salmon fishing or reindeer herding spaces. In Australia, there is a very high representation of imprisoned indigenous people. In Asia, the problems are political conflicts and gender-based violence …

We are no longer Indians and blacks against racism, but people who feel affected by that neglect; we are a somewhat larger collective

P. There is a lot of talk about the role of women in feminism, but what should be the role of men from indigenous peoples?

R. For us, the struggle is threefold: against a formal system that does not include us, within the feminist movement itself and within our own communities. Some male leaders support us and we have managed to make ourselves understood, but it is not a generality. Men have to recover what the elders taught us: “we have to return to the concept of balance in relationships.” That means being equal in rights and opportunities. The new generation has better relationships between them and them, but it is an effort that has been developing in the last 40 years.

P. Are the new generations as involved in defending the equality and rights of native peoples as yours?

R. With the new technologies and everything that comes from the West and the cosmopolitan, transgenerational dialogue is somewhat more difficult. But many young indigenous women have suffered discrimination because of their cultural identity. And that has forced them to strengthen themselves and appear in public with greater security. We, from the local and regional, privilege training and empowerment spaces in an articulated way. We are advancing. We continue to train in rights for a full life and, for example, the discussion about teenage pregnancy or sexual violence at school is no longer an agenda for mothers. It is a matter for the new generations.

P. Covid-19 exacerbated the shadows in the world. The indigenous community criticized not having received information in the community languages, poor access to local centers and having been discriminated against. What reading do you make of the pandemic for your peoples?

R. Communities and reserves have been terribly affected. We have been exposed to greater vulnerability due to the lack of government presence in the health area. In the case of the global south, access to take a test itself was very remote. And there are areas in the north where at least there is data on how they have been affected. In the case of the Andean peoples – Quechua and Aymara – there are not even records. We do not know how many women or how many indigenous people have been affected, because there is no data with ethnic variation. Many women in the communities told us: “Don’t tell me that we have to wash our hands with soap when we don’t have clean water to drink.” In each context it was very different and that is what is needed: a more complete look.