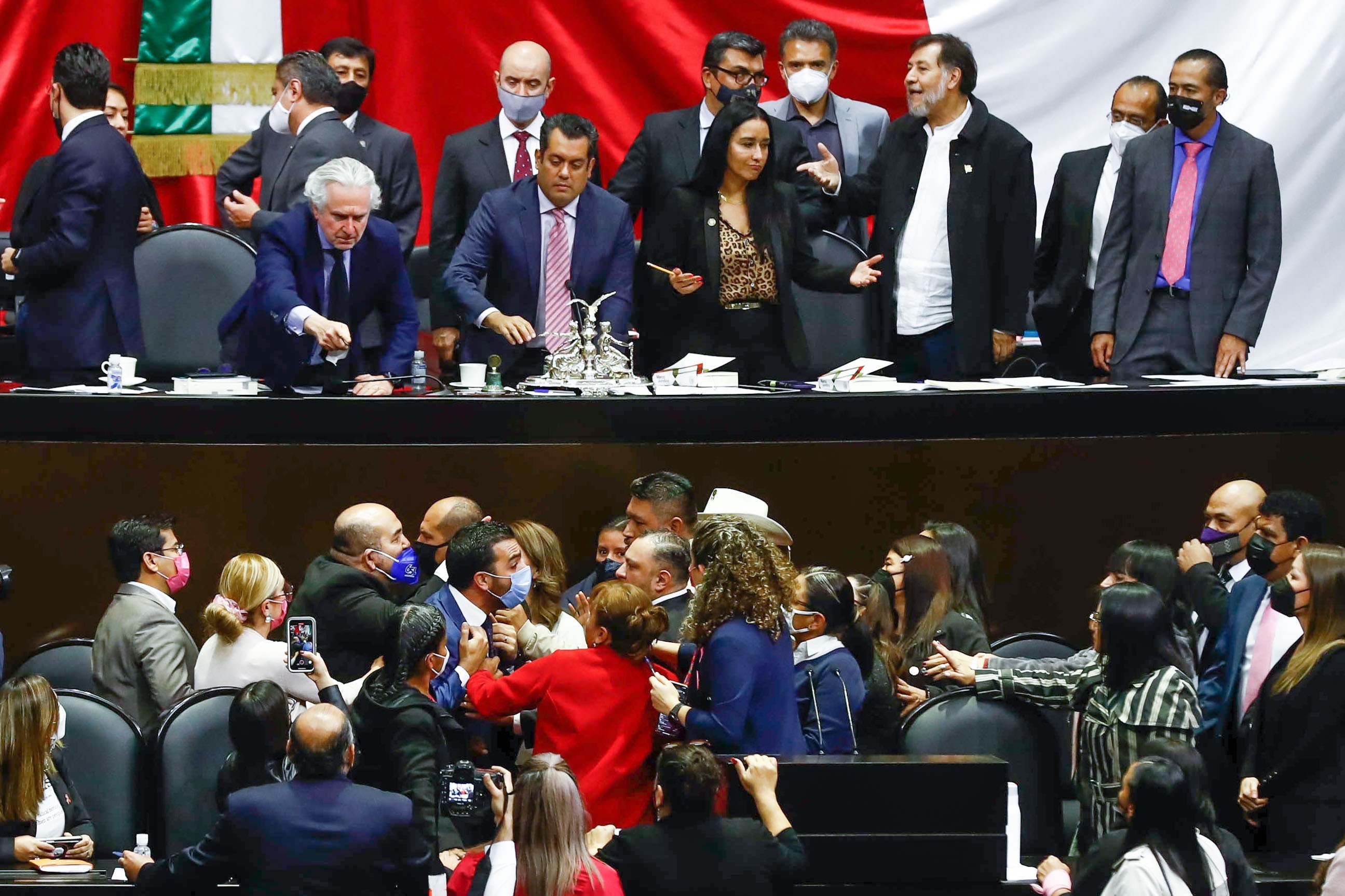 Tax reform is the elephant in the Mexican room. Since the beginning of the six-year term, Andrés Manuel López Obrador has been avoiding pressure inside and outside the Cabinet. Weighed down by one of the lowest collections in the region, the debate within the Government even precipitated the resignation in 2019 of the first Secretary of the Treasury, Carlos Urzúa, who insisted until the end that the great objectives of the so-called Fourth Transformation, the struggle Against poverty and the improvement of public services, they necessarily went through raising taxes. The president’s refusal to open the fiscal melon during the first three years seemed in any case to leave the door open once the rubicon of the midterm elections last June had passed. Once the deadline has been met, the income and expenses roadmap for next year presented this week confirms that a thorough reform will have to wait.

After the departure of Urzúa, the new head of the Treasury, Arturo Herrera, had fueled expectations again this spring: “Right after the elections we will have to evaluate together and whether the conditions allow us to propose changes in the country’s tax structure”, he said at the annual meeting of Mexican bankers. Even before that, Morena’s bench in Congress had launched a working group to prepare the so-called “fiscal transition” and lay the foundations for the future reform on the premise of specifying in detail the projects and public spending needs in view of the second half of the six-year term.

Everything was progressing at a slow pace but during the summer it ended up derailing. In June, the result of the elections had revalidated Morena’s victory but with a considerable loss of seats and far from an absolute majority with his partners. Also during the beginning of the summer, Colombia experienced a social outbreak unleashed in the first instance as a reaction to a tax increase. And while, the strategy of the Tax Administration Service (SAT) of tightening the nuts against tax evasion of large taxpayers did not stop putting money in the box. Three elements highlighted by the analysts consulted for this report to understand the context of the turnaround.

After the elections, López Obrador explicitly announced that “there will be no tax reform. There will be no tax increases. ” Shortly after, a newly appointed Rogelio Ramírez de la O, the third Secretary of the Treasury in three years, stressed that among the requests made by the president – to keep public finances healthy, improve the energy sector and development banking – no there was a major change in the tax scheme. Despite the cooling, Morena’s parliamentary group in charge of preparing a hypothetical reform has continued its analysis, although at a slower pace.

Héctor Villarreal, director of the Center for Economic and Budgetary Research (CIEP), has been part of that working group in Congress for the fiscal transition: “The advanced discussion in the group on spending needs and fiscal alternatives is completely absent in the package prosecutor presented this week ”. The approved changes are limited to the administrative scope. There is no increase in rates, some deductions are eliminated, the taxpayer base in income tax (ISR) is expanded and processes are streamlined to make payment easier. For Villareal “it is not a bad move, but it should be complemented with more measures because the fiscal margin for this year will be very scarce.”

Mexico’s collection is around 14% of GDP. It is the lowest in the OECD and also lower than the Latin American average (above 20%). The IMF, among other international organizations, has advised Mexico on more than one occasion to raise revenue in order to improve spending on health and education, also below the average for its Latin American counterparts. International recommendations intensified during the pandemic. But the government’s response was blunt: budget austerity and the fight against corruption and tax evasion will be enough.

Despite the hit of the pandemic, collection closed last year with a slight increase of 0.7%. While this 2020, already leading the economic recovery, the rise is almost 5%. Much of the responsibility in maintaining the fundraising foundations is held by the SAT’s heavy-handed policy that last year managed to capture additional revenues for 496,000 million pesos, the highest level in the last 10 years. “The fall in oil revenues is being compensated for, but the margin is very small and the State obligations in terms of pensions or the spending of the parastatal companies Pemex and CFE are not enough to cover the border,” says the economist and finance consultant. public Carlos Brown.

Total spending on pensions, adding the recent increase decreed by the Government, will raise the pressure for next year to 5%, according to CIEP estimates. In health, a universal public system like the one Morena also aspires to would cost another 4%. While a public coverage for dependents, also on the table with the former Secretary of the Treasury, would be around 3%. Only those three items would eat up almost the total of the collection.

For the chief economist of BBVA-Bancomer, Carlos Serrano, the fiscal package presented this week does not solve the endemic problem of low collection. His recipe is to advance in the integration of the mass of informal workers (they account for 25% of GDP and 56% of employment), and a more progressive scheme: “For example, reducing exemptions to the payment of food and medicines, which benefit to high incomes and from there to allocate a subsidy focused on low-income families. In addition to offering incentives for states and municipalities to collect more, for example, on land and property ”.

The gateway to a possible in-depth reform during the remainder of the six-year term seems narrower today even than at the beginning of López Obrador’s term. “Major tax changes are unpopular and usually made early in the government cycle. Nobody like López Obrador has had better conditions to carry it out after the massive electoral support in 2018. But for now, they continue to believe that fighting corruption and austerity is enough, ”closes public finance expert Carlos Brown.