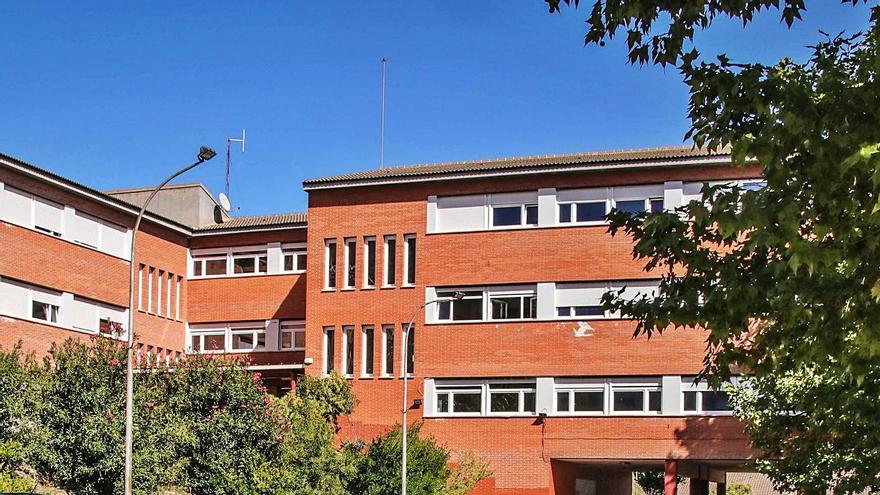 The educational community of IES Andreu Sempere de Alcoy has demanded that the City Council and the Generalitat accelerate the remodeling works of the center, foreseen in the Building Plan and that the center has been claiming for more than two decades. The scale of the work to be carried out means that they will be undertaken in two phases, the first of which should theoretically begin this summer, but so far, teachers and parents denounce, nothing has been specified in relation to possible dates.

The director of the institute, Jaime Martinez, explains that the ignorance of whether the works will finally start this summer and where the students will be relocated while the work lasts are the main concerns of the educational community, due to the damage it entails both for the students and for the center itself. Thus, he argues that, given that the execution period of the remodeling is 14 months, if it began in July, the activity would only be altered during one course, while if it is delayed it would already interfere for at least two. Furthermore, it alleges that the fact not knowing where the classes will be held while the works last It can affect enrollment.

The faculty and families yesterday made public a joint statement in which they recalled that Already in 1999 a comprehensive reform of the institute was requested, but it was not until ten years later that the Generalitat did not draw up a first project basic. And not only that, but another nine more had to pass, including a change of government, for the remodeling to be definitively approved. In July 2018, the plenary agreed to include the project in the Building Plan. However, the director of the center maintains that this project is insufficient to cover all the needs of the center.

In this sense, Martínez explains to this newspaper that the amount budgeted in 2018 is not enough to undertake all the reforms that the facilities require. That is why it was finally decided to divide it into two phases, the second of which will focus mainly on the outdoors and on sports facilities such as the gym and the courts. The director of the IES Andreu Sempere is somewhat disappointed at the arrival of the enrollment period for the next course without knowing the exact date of the start of the works. “We expected a little more agility,” he explains.

From the Department of Education they derive this responsibility to the City Council, as it is a project included in the Building Plan. The works, in any case, should be executed between 2021 and 2022, as they are budgeted for those annuities. The Councilor for Education, Alberto Belda, for its part, does not give a specific date, although it does assure that the works will be tendered shortly. The mayor affirms that the project “is following as quickly as possible”, and that “we also want it to be fast”, but that the terms of the administrative processes tend to be extended.

Regarding the relocation of the students, Belda affirms that a place has already been planned for the ESO classes, although she avoids making it known for the moment, while the Baccalaureate will have to settle in barracks. In this regard, he affirms that the Ministry has already been requested and “we are waiting.” However, there is a certain contradiction between the two administrations, since department sources affirm that “at this time we have no forecast that prefabricated classrooms will be necessary, although it does not mean that they may not be needed eventually.”