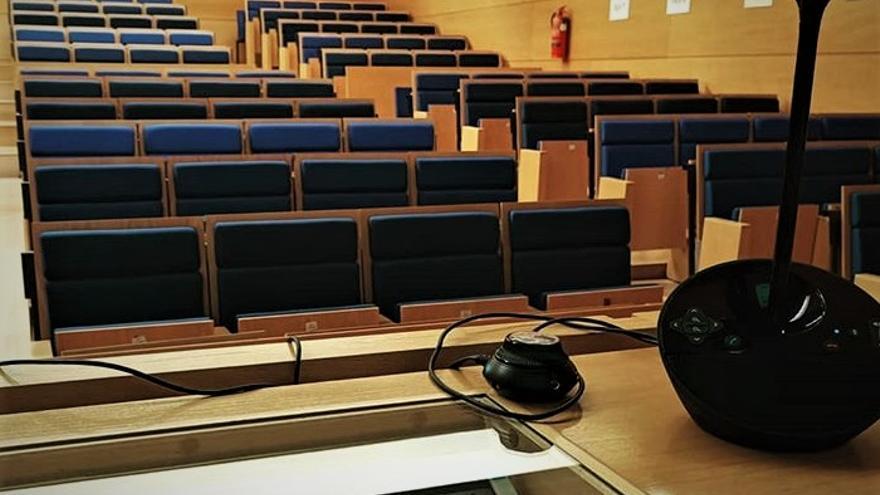 But the teachers also cook beans. Every six years you have the opportunity to request the National Agency for Evaluation and Prospective (ANEP) the accreditation of your research activity, with economic effects (in the form of a consolidated increase in your salary) and labor (reduction of the teaching load for 6 years ). In addition, each recognized research six-year term improves the positioning of candidates for academic promotion, allows them to form part of the commissions that judge tenders for teaching and research positions and, at the end of the professional career, screen candidates for appointments as emeritus (for For example, the University of Alicante requires a minimum of 5 six-year terms to apply). The criteria for the recognition of a six-year term are determined by a commission appointed by ANEP for each of the major areas of knowledge. In scientific areas, these criteria are based on publications in journals with a high impact factor according to the ranking of research journals published annually by the Journal Citation Report (JCR), the quality indicator prepared based on the citations ratios per article collected in the Web of Science (WOS). The JCR and the WOS are managed by Clarivate Analytics (formerly Thomson Reuters). It is a publicly-owned company that, it has been rumored, could be controlled from China. The ANEP understands that the JCR is the oracle of the quality of scientific journals, so that the six-year term is automatically granted to those who have published, during the six years under evaluation, five articles in journals of the “first quartile”, the so-called Q1, which is made up of the magazines ranked among the 25% best in some area.

Thus, broadly speaking, the minimum objective of every civil servant professor is to publish a Q1 article per year. As there is no penalty for the number of authors, the average number of authors has grown significantly over the years as teams have been formed that systematically share their publications, reaching the case of achieving six-year terms without having written a line, since There is still a certain right of permission of thesis supervisors regarding their doctoral students. This phenomenon of parasitism could be tackled by assigning each author the aliquot part of each work, requiring that the sum of the fractions exceed a certain lower limit such as 5/2 or 5/3 (if it is considered reasonable that the articles have two or three authors, respectively), thus making parasites a drag on the real authors.

But the most worrying phenomenon now is, in my opinion, the recent emergence of publishers more concerned with profit than science. As usual, I will talk about the field I know best, mathematics, although the publishers in question usually publish free access online journals (open access) of varied themes, all of them characterized by the shortness of the evaluation period (sometimes a few days). This practice dynamites the principle of anonymous peer review (peer review), which seeks to validate the published results, to guarantee its use as a starting point for future research. The price that authors must pay to publish in these journals depends on their positions in the JCR rankings, being a maximum (of the order of 1,500 euros) for those in Q1. Is what the magazine charges Mathematics, of MPDI, whose mere title, a huge catch-all, is already suspicious, although not as much as its immense editorial panel, composed, today (because it grows daily), by 12 Editors-in-Chief (3 of them Spanish), 299 Topic Editors (of which 58 are Spanish, 42 Italian and many from Eastern Europe) and 439 Editorial Board Members (80 of them Spanish, without missing the presence of Alicante universities). It is illustrative to compare the size of the editorial team of Mathematics, 750 researchers whose role in attracting clients recalls the pyramidal structure of the sale of kitchen robots, which is 25 times greater than the average of similar journals (30 is the quotient of the 2,342 editors distributed among 77 WOS Q1 magazines in mathematics) . It is also curious to compare the number of publishers of Mathematics (the aforementioned 750) with that of reviewers (43, 8 of them Spanish), with a ratio of 17 (officers per soldier, in martial terminology).

What can be done to combat this pest? That the institutions put obstacles to the payments of their professors to publish in magazines of dubious reputation (at least, that they pay it out of pocket) and that the ANECA draw up its own rankings of magazines, as Australia and Chile do, or at least make magazine blacklists fake (which would not count as academic merit).