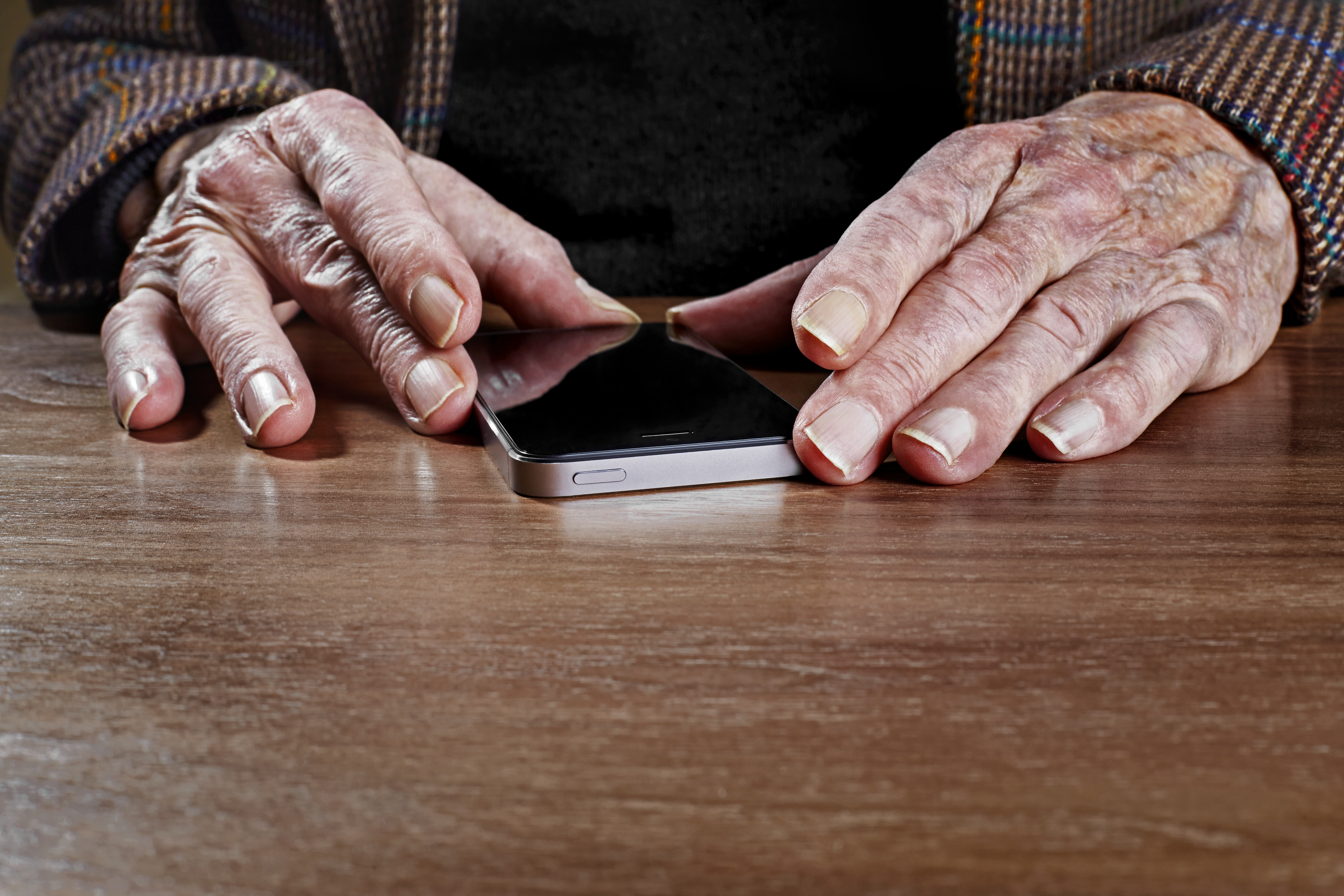 For Teresa Pérez, 73, working in the digital world has become a challenge. Endeavor puts you. He has gone through training courses. You have exchanged your phone for a modern one. And nothing. When you have a problem, go to the store where you bought the mobile or ask a friend more easily. Who wants to sign up for City Council activities that are only on the web, more of the same. Ask for face-to-face help from an official. “Since you don’t have much of an idea, you don’t fiddle because you’re scared. As hard as I have tried, I have not been able to learn. They do not make it easy for the elderly ”, ditch.

Pay for a purchase, find a restaurant, make a video call. Wherever we look, almost any activity we live in digital. The pandemic has accelerated the process to unimaginable levels, but unevenly depending on age. The elderly continue to be neglected, even though they are now more encouraged to use the mobile phone and the internet. Cándido Cortés, 74, recognizes that technology helps him fight loneliness. To keep in touch with family and friends. Although with a lot of small print. “It’s hard for me to use the phone. Don’t get me out of calling or taking a photo. I don’t even know how to use the applications. If they send me a WhatsApp, I don’t answer. I read the message and then I call them, ”he says.

About half of those over 64 years old connect to the internet daily, according to 2020 data from the National Institute of Statistics (INE). A figure that hides a forced reality that pushes the elderly to digitize without taking into account their opinions, preferences and skills. “We have to use technology whether we want to or not. The world goes at a pace that, if you don’t catch it, you fall behind. As the bank does with me. He insists over and over again that I use digital banking. Which is the best way to communicate. They send me my passwords and stuff, but I have no idea how it works. No one has explained it to me, ”laments Cortés.

As Andoni Alonso, professor of philosophy at the Carlos III University of Madrid explains, the older population faces a darwinism technological. Either it adapts to the conditions imposed or it is excluded. Entering into electronic commerce, managing mobile applications or using the phone as a credit card are part of these skills that companies have not taken into account in their design and suitability. “We speak of the obsolescence of the mind and of our technical capacities. What nobody considers is that it will end up affecting us all. It’s a matter of time. It seems that the thought prevails that there will be no digitization problems when the elderly die. And it will not be like that ”, he argues.

The economic factor is one of the reasons behind this abandonment. In Spain, for example, the population over 65 years of age represents 19.77% of the total. In other words, there are many more potential clients in lower age ranges. It does not mean that the accessibility and simplicity of digital products for the elderly have not improved. A different story is whether this evolution makes life easier for everyone or just for a few, for those with the desire and knowledge to ride the technological wave.

In the view of Gilles Vromman, a business designer at Fjord, the design and innovation company of Accenture Interactive, innovation, even before the pandemic, did not put older people in the spotlight. “The problem not only arises from the lack of adoption of digital tools or skills among older people, but many digital experiences simply exclude them from their value propositions. Even if they were digitized, the solutions might not meet their needs and aspirations, ”he adds.

Every beginning of the month, Goyo Núñez de Arenas, 80, has the same conversation with a bank worker. He neither wants to have a mobile nor apps nor anything that, as he comments, can control him. “I like to get my money and someone always comes up to me to tell me that I can do that with the phone or a card. I don’t want to be forced to wear anything. It is possible to live without so much technology ”, he assures. In his work as a teacher he learned about new technologies. E-mail or the internet are not a problem. At the time he made his first steps with Photoshop. But if someone wants to send him a WhatsApp, it must be his wife Sagrario’s cell phone.

“In my free time, I realized that it took a lot of time for me to update my knowledge and to avoid forgetting what I was learning,” says Núñez de Arenas. Two compelling reasons shared by a good part of their generation – barely 17% of those over 75 years of age access the internet daily according to the INE. A disaffection that for Alonso is based on the fact that technology companies do not listen to the elderly. They don’t know what they need or what they want. “That they ask for? We are sick of hearing that a app fix everything; and that does not exist. The conditions in which the elderly live are not solved with any innovative display ”, he laments.

Rather than indiscriminately dumping technology on the elderly, voice interfaces are more suited to their needs. At least this is what Rodrigo Miranda, managing partner of ISDI, suggests, who considers that it is a tool that goes more unnoticed despite its great utility. They would see more natural for Alexa or Siri to remind them of a banking procedure or how to set an alarm to download on the Signal and Telegram phone. “I would try to create a conversation similar to the one we humans have. It is a more natural interaction for them. They are used to talking more than writing in a chat or standing in front of a camera, “he says.

Another possibility to reduce this forced exclusion are the digital guides, put into practice in some Communities and Town Halls. Young people who guide the elderly through the technological world. From surfing the internet to managing with your mobile. However, it is not advisable to define this population as digital illiterate, with no adaptability. “We must not underestimate their ability to learn something new. During the pandemic, many elderly people were able to join digital interactions out of necessity, as evidenced by the high adoption rate of digital payments and telemedicine among the elderly segment ”, ditch Vromman.

The digital factor does not seem in discussion according to the social and business dynamics of today. Perhaps when the health emergency ends the innovative pace will relax, but the trend seems settled. “There are no grays in this debate. There is no alternative and it would be not understanding how the world works ”, points out Miranda. The key lies in how to combine technical simplicity with generational inclusion. And there the older ones are pushed towards a glass ceiling that is difficult to break. “There are people who think that living through a screen is living and it is not valid for everyone. Touch, sound, closeness and presence are very important, especially for older people ”, concludes Alonso.