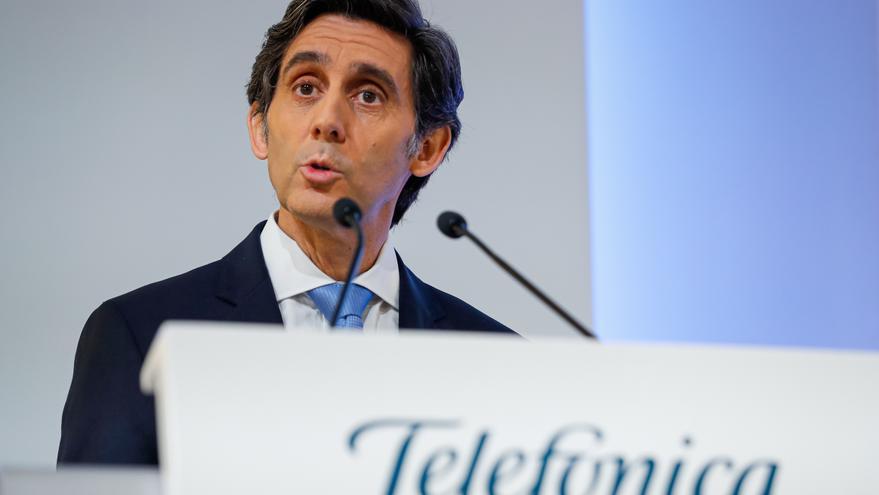 Telefónica Spain entered 3,050 million euros during the first quarter of this year, 0.9% less than in the same period of the previous year, with an improvement in the evolution of income of two percentage points compared to the last quarter of 2020, which the company considers to be your recovery.

Operating profit before amortization (Oibda) was 1,194 million euros, 2.5% less in reported terms and 4.6% less in organic terms when compared to the results between January and March 2020.

Likewise, the margins fell 0.7 percentage points up to 39.2% of the Oibda.

The company earned 2,432 million euros in the retail segment, 1.7% less, and 536 in the wholesale business and other segments, which represents a year-on-year drop of 0.2%.

And sor presentation of results, the company assures that its strategy for the Spanish market encourages “competitive rationality” in the sector and indicates that commercial activity was affected by a lower volume of registrations, concentration at the end of promotions and the repositioning of rates in the first quarter.

In this regard, Telefónica assures that the customer has beaten historical satisfaction figures and that the rate of customers has improved, something that it hopes will continue to do so with the new convergent rates launched in April, which include a 5G mobile phone, and with which offer a “most obvious differential value “ to the highest segments of the market.

In terms of investments, the company spent 334 million euros, 2.9% less than between January and March 2020, although this item will probably increase significantly once the auction of the 700 MHz band, a priority for 5G in Spain, is held, which is expected in the coming months.

Motivated by bliss fall from highs, customer accesses fell almost 2% in the first quarter to 37.1 million in the retail segment, while in the wholesale segment, the decrease was 2.5% to 3.67 million.

In the mobile segment, Telefónica closed March with 18.7 million customers, 1.1% less, a drop mainly caused by the prepaid sector where the company has lost a fifth of the users it had in March 2020. On the other hand, customers with a contract have increased by 0.3% compared to this period, although they have fallen by 0.8% compared to the previous quarter.

The Pay TV It has also yielded 3.4% of its customers and has fallen to 3.8 million users.

The fiberHowever, it has continued to grow and Telefónica closed the quarter with 165,000 new fiber accesses to the home (FTTH), which represents a year-on-year increase of 18.1% in the wholesale segment and 6.3% in the retail segment.

Telefónica concluded the first quarter with 4.78 million convergent rate customers, which reported revenue per customer (ARPU) of 89.7 euros, a fall of 2.2% that lowers this indicator below 90 euros, although it is still a figure above the market average in a context of decline of prices in the operators.

This decrease is attributed to the pandemic, to the greater relative weight of the clients of O2 and to the price drop of other competitors.

In the field of convergent rates, services such as alarms and health, whose customers have increased by 26%.