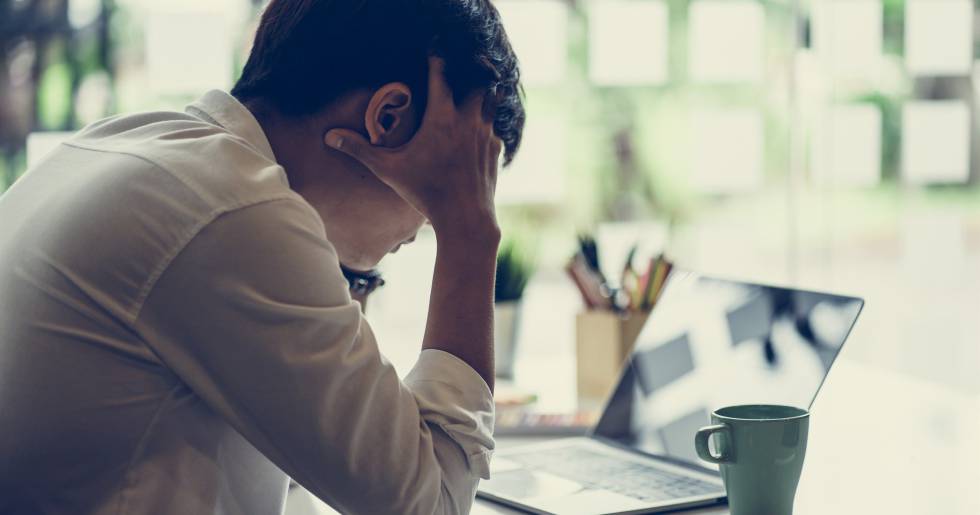 Teleworking returns before the rebound in covid infections, but only for large companies, that is, for approximately 2% of the business fabric. In contrast, SMEs resist having their staff carry out their work from home despite accounting for more than 97% of the private sector. This is the warning of the unions, who regret that in Spain productivity is linked to labor assistance.

Indeed, the return to work seemed a reality until the end of November. Between July and September 2021, only 8% of the workers carried out their work from home and the forecasts indicated that by January of this year 100% of the people would be in their offices. But the sixth wave of the pandemic has forced a reversal of plans, if only for large business groups, which seem in no rush to get back to office.

Telefónica, Repsol, KPMG, BBVA, Mapfre or Vodafone; all have delayed the return date and maintain a hybrid system in which at least 50% of their workforce is at home. In some cases, such as the multinational energy company, continuous days have been established so that people cannot meet in the dining rooms. At the bank, it has been left to the voluntary nature of the staff since December, when the incidence began to rise due to the omicron variant. And there is the case of Telefónica, where 100% of the personnel with positions that allow teleworking will carry out their functions at home at least until January 31.

While these companies are betting on teleworking, small businessmen opt for presence at the peak of infections. That is the warning from José Varela, head of digitization at UGT. According to him, in Spain there is a high culture of face-to-faceism that distances the country from the European average in terms of the percentage of employees who telework (14.5% compared to 21.5% in 2020).

Workers in large companies have another advantage: they have legal representation, unlike those who work in a small or medium-sized company. This is detailed by Carlos Gutiérrez, secretary of new work realities of CCOO, who assures that in the absence of this figure, companies can act with great arbitrariness in terms of the flexibility of work. The problem is exacerbated because, as he explains, “the Government does not send a clear signal to employers, unlike France or Portugal.” Faced with this situation, the employers yesterday avoided making any comment.

A separate case is that of the public sector, where staff have continued to work in person despite the high rate of infections. Only the Tax Agency imposed teleworking until January 10 as a measure to reduce the risk of transmission, but the Central Trade Union Independent and Officials (CSIF) does not believe that the Administration will extend the calendar or modify the rule according to which the Public workers can only telecommute 20% of their time. However, independently some communities are choosing to move their staff away from the streets, that is the case of La Rioja, where the Government decided yesterday that its staff can telework, if they so wish, until next January 23. For her part, the Basque Country Minister of Labor, Idoia Mendia, affirmed yesterday that “it would be good” to continue teleworking to “cope with the peak of the pandemic”, although she has acknowledged that, “to this day”, she has no news that there have been “economic stoppages or production stoppages due to casualties”.

Some sectors take away the iron from the wave of casualties

The lack of personnel due to the expansion of coronavirus infections is wreaking havoc in sectors as important as health or food, which last week demanded that the ministries of Health, Labor, Industry and Agriculture take measures in the face of the congestion of care primary school and the traffic jam in the management of sick leave.

However, not all economic activities are equally resentful in the current epidemiological situation. Those in which the presence of the staff is not essential are avoiding, with relative ease, the problems of the sixth wave. This is the case in the banking and telecommunications sector. BBVA sources acknowledge that, despite the existence of positives in the workforce, the impact is less because most of the cases are either asymptomatic or have mild affectations, so they do not need to be on leave.

Even the industrial sector, where there is little scope for teleworking, has greater concerns than casualties due to covid. This is admitted by sources from the Spanish Confederation of Metal Business Organizations (Confemetal), who point out bottlenecks and the runaway price of energy as major risks, which, in addition, are being the causes behind the strong inflationary spiral that is experiencing the Spanish and world economy.

The incidence has catalyzed sick leave. Simply yesterday the Ministry of Health notified 292,394 new infections and a cumulative incidence that borders on 3,000 cases per 100,000 inhabitants. However, vaccination is being the lifeline of economic activity and protocols become more lax as time passes. The president himself admitted yesterday that the next step will be to start treating the covid in a way that is more similar to what is done with the flu, that is, as one more respiratory disease.

Although there are associations that consider this decision hasty, others consider it the right one, since what would change would be the surveillance system, not the treatment of the disease. Modifications may include discharge management, which has been the Achilles heel in this sixth wave. Precisely the sector of the food chain calculated last week that one in seven of the workers who are on leave could rejoin immediately, but they do not do so due to not obtaining medical authorization.