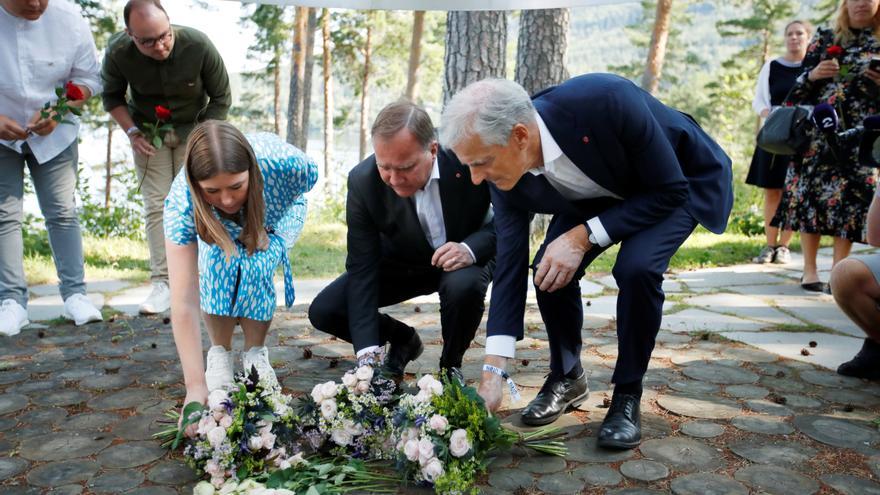 Ten years ago two attacks shook Norway in what has been regarded as the worst national tragedy since World War II: in Oslo a car bomb killed eight people and, shortly after, on the island of Utoya, 69 people participating in a summer camp were killed by Anders Behring Breivik, an Islamophobic far right.

On the afternoon of July 22, 2011 the Explosion of a van loaded with 500 kilos of explosives next to a government building killed eight people and wounded a thirty in Oslo, in addition to causing significant damage in the government district of the Norwegian capital.

An hour later Anders Behring Breivik, a far-right Christian fundamentalist, racist and Islamophobe, arrived dressed as a policeman on the island of Utøya, located in Lake Tyrifjorden, about 40 kilometers from Oslo, where 560 young people were participating in the Norwegian Labor Party youth summer camp. Breivik, who upon arrival said that he had been sent by the authorities to protect the island, managed to gather a group of young people around him and started shooting at them. During the next hour the murderer slowly traveled the island firing indiscriminately until killing 69 people, 33 of them minors, while the rest tried to hide or flee, some swimming.

When the police showed up on the island, an hour after receiving the alert, stopped the murderer without resistance. Security forces found explosives in Breivik’s car and anti-Islamic documents in his home that revealed his far-right and Islamophobic ideas.

Three days later, during his appearance before the judge, Breivik acknowledged responsibility for the massacre, but said he did not feel guilty because it was going to be the trigger for their “revolution.” In addition, he admitted that among his targets were the then chief executive, Labor Jens Stoltenberg, and former Prime Minister Gro Harlem Brundtland, also Labor. With his attack, the terrorist assured that he sought to “save Norway and Western Europe from Muslims and of Cultural Marxism “,” punishing the Social Democracy “for” importing “Islamists and” limiting “the rise of the Labor Party.

Although before Judge Breivik he affirmed that he had two cells of his organization, he was described by the authorities as a “lone wolf” who planned and executed his attacks unaccompanied.

On the following August 18, the police, whose actions and slow response to the attack had been highly questioned, confirmed that they had received two telephone calls from Breivik in which he identified himself as a “commander” and asked to surrender. At the end of the second conversation, an hour after the first notice about the shooting, the terrorist ended his “mission”. In November 2011, the Minister of Justice, Knut Storberget, who had been criticized for the actions of the security forces, resigned for personal reasons and was relieved by the Minister of Defense, Grete Faremo.

In March 2012 the Norwegian police admitted for the first time that there were failures in their performance and in addition to errors in internal communication He pointed out that the boat with which they were heading to Utoya was wrecked due to excess weight, which delayed the arrest of Breivik. The report presented by an evaluation commission also recognized the ineffectiveness of the national alarm system.

In a first analysis the two psychiatrists who examined Breivik ruled that he was a psychopath and that he was legally incapacitated. However, a second study determined that it was in full possession of your mental faculties when he committed the attacks, for which he was criminally responsible.

On August 24, 2012, an Oslo Court considered the accused criminally sane and sentenced him to 21 years in prison, extendable. According to Norwegian law, after serving his sentence the courts can continue to consider him dangerous and postpone his release for periods of five years.

Also Read  $ 1,000 “Surprise” Stimulus Checks Will Be Issued In Various States In The United States Before The End Of 2021

Breivik’s criminal actions have served as inspiration to several individuals arrested when preparing terrorist acts. This is the case of Brunon K., arrested by the Polish police in November 2012 when he tried to attack Parliament with four tons of explosives, who admired Breivik and had maintained contact with him. Also that of the Norwegian Kristian Vikernes, detained by the French security forces when he was preparing a “massacre”.

The Utøya massacre, considered the worst tragedy in Norway since World War II, has been made into a movie on several occasions, including Vitaliy Versace’s ‘Utoya Island’ (2012); ‘July 22’ (2018), by Paul Greengrass; or ‘Reconstructing Utøya’ (2018), in which four survivors reconstruct their experience in an empty setting, and several series and numerous books on the massacre have also been produced.