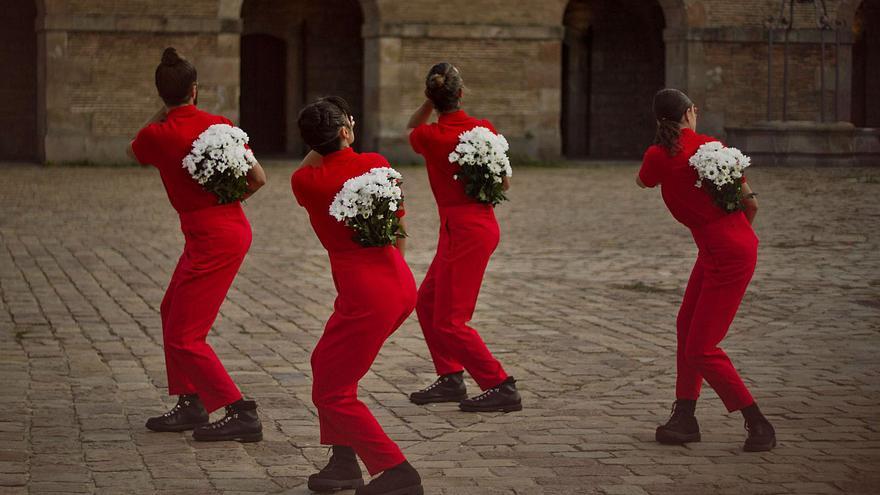 «The pioneers thing comes because it seems that we are always starting. Throughout history, women have always been pioneers in dance and, although we have great references, those who come behind are still considered pioneers “, explains Noales, who wonders” if we will always be eternal initiates or will will at some point consider that we already have a strong foundation on which to build the future.

For this reason, Abril en Danza will bring together women of different generations and of diverse styles. Consolidated names of creators such as Cristine Cloux, Muriel Romero, Lucía Marote or the Marcat Dance Company will be intertwined with innovative proposals such as Paula Serrano or Eyas Dance Project, emerging companies such as Elelei, Siberia or Dance Craft and proposals from local artists such as Ana Agraz or Marta Santacatalina.

The edition with which this decade culminates is, in the opinion of the director, the most diverse and comprehensive of those carried out “because it encompasses many views and universes of dance, in addition to contemporary or Spanish, with examples of video dance or companies that they use a more performative or theatrical language ».

As happened in the previous 2020 festival, postponed to September due to the pandemic, street shows are the most affected by the health restrictions derived from the coronavirus, since the capacity in the street requires the public to sit, in a delimited space and without roaming.

For this reason, there will be only two outdoor spaces that host the street program with which the festival starts: the terrace of L’Escorxador in Elche (April 9) and El Secadero de Las Cigarreras in Alicante (April 10 ), where Dance Craft, Unaiuna, Elelei and Siberia companies will perform.

Also Read  Covid-19: One dose for many or two doses for few: the dilemma that divides Latin America in the fight against the pandemic | Society

Another change is that this year there will be no Young Talent Show – last year it was already online due to the health situation – but special attention is paid to young emerging companies in the province with a day dedicated to them, on April 11 at the Gran Teatro de Elche, “and give them support in times as difficult as the current ones to undertake projects.”

In turn, the Principal Theater of Alicante will host on the 25th the day La Terreta Balla, with the participation of dancers who usually develop their work in companies outside the province and the country, such as Ramón Sánchez, Myriam Alexander Rocher (Alicante-Brussels ), Pablo Delgado and Bea Delgado (Alicante- Austria), Ángela Waidele (Alicante), Diana Grytsailo and Tanit Cobas (Alcoy-Barcelona), Alicia Reig (Villena-Barcelona) and Ana Agraz (Benidorm, dancer in the National Ballet of Spain ).

Coinciding with the also tenth anniversary of the Museum of Contemporary Art of Alicante (MACA) and to celebrate the good relationship that the museum maintains with dance, the live MACA program is created, in parallel to the festival, with five interventions by five women, the first of them on April 23 and the rest throughout the year until October.

Casa Mediterráneo also joins the festival this year with the performance of the Maltese choreographer Gaby Davis on April 22, while on the 17th, Cristine Cloux will be the protagonist at the Arniches and on the 16th in L’Escorxador, Eyas Dance Project, from from Valencia and Madrid, respectively.

The closing of April in Dance will be carried out by Paula Serrano, an Alcoyan dancer trained in Alicante and now based in Barcelona, ​​who presents her debut, a peculiar montage that has been created blindfolded.

Noales appreciates the support provided by the municipalities of Elche and Alicante throughout these years and stresses that they continue to support the festival in their spaces. It also hopes to renew the aid started last year with the Institut Valencià de Cultura.