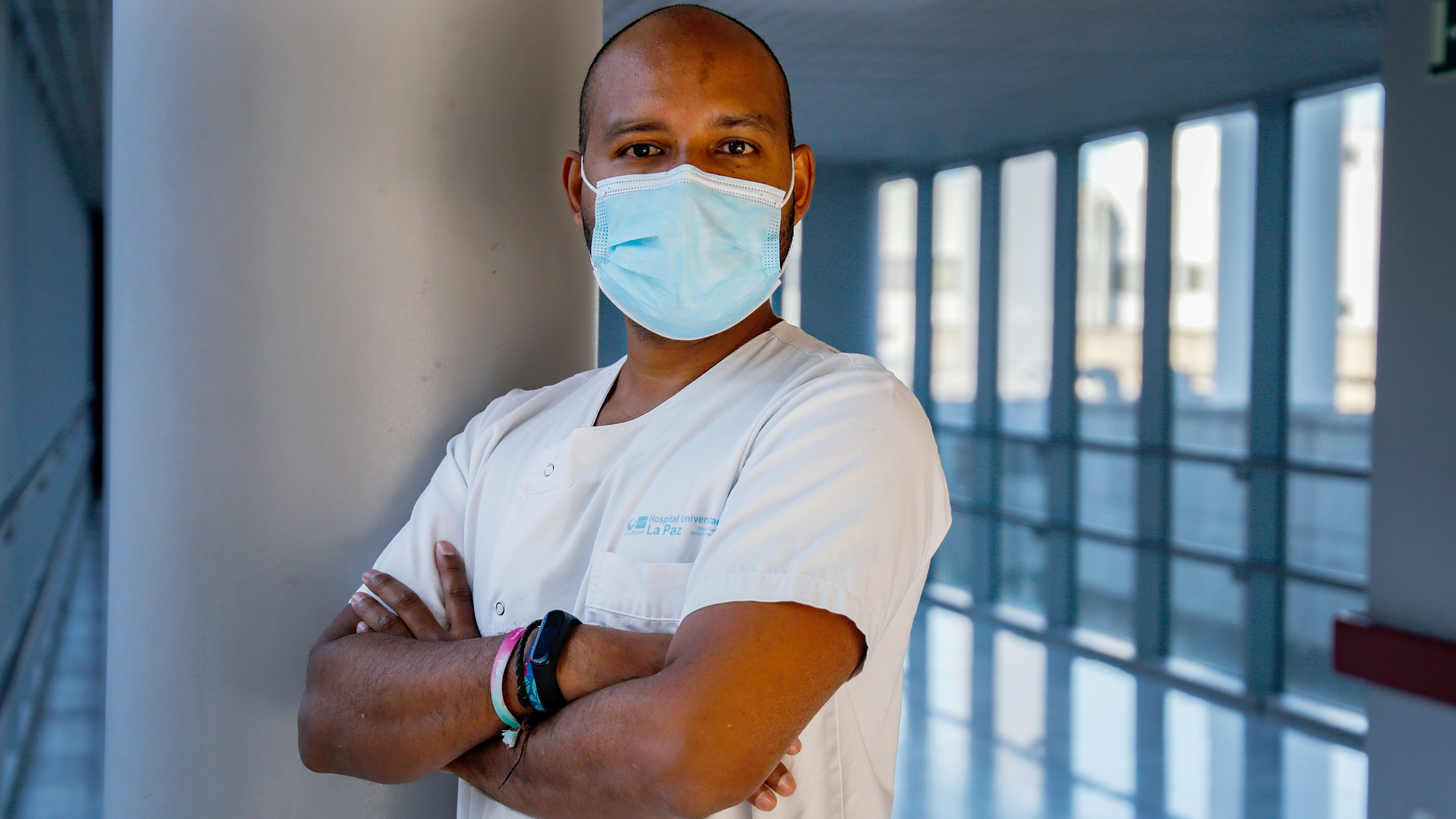 Jair Tenorio was on vacation in the summer of 2014 when his boss called him: “They have named an illness after you,” he told him. The Colombian-Spanish biologist thought it was a joke, but in reality Tenorio’s syndrome was going to be registered in the international database of diseases with genetic origin.

Tenorio had been studying a very strange syndrome for five years that his team had seen for the first time in a patient who had come to his office at the Institute of Medical and Molecular Genetics at Hospital La Paz, in Madrid. He had macrocephaly – a head that was larger than normal -, cognitive deficits, and other symptoms that did not match any known ailments.

The medical team took DNA samples from that patient and scanned his entire genome. They found a mutation in one of their 20,000 genes, the RNF125. They searched a genetic database of about 250 patients with various growth problems and the system identified three other people in Spain with the same mutation. Tenorio’s team traveled in search of these people and examined them. All had the same symptoms mentioned, in addition to delays in speech and a strange predisposition to recurrent infections. “When we examined the children’s fathers, we realized that, in two cases, the patients’ mothers also had both the mutation and some of the symptoms of the disease, although no one had diagnosed them,” Tenorio recalls. In 2014, the syndrome that bears his name —because he was the first author of the study to describe the condition— was included in the OMIM, the international database that compiles more than 26,000 disorders of genetic origin.

“This disease begins to manifest itself at a very early age”

“This disease begins to manifest itself at a very early age,” explains Tenorio, who has just presented the latest data on this ailment in the Interdisciplinary Congress of Human Genetics which has been held in Valencia. “Those affected begin to speak and walk later, suffer cognitive delay and sometimes have a height and weight above normal, especially a very large head,” he says. “It is not a fatal ailment, but it is disabling. One of our patients, who is 21 years old, complained about his problems relating to other people and having friends ”, highlights this biologist.

Also Read  Pastore: «We must push up and not give a meter to the Madrid players»

Tenorio was born in Bogotá (Colombia) 34 years ago and has been attached to medicine most of his life. “My parents worked together in the same clinic in the neighborhood of Fatima, one of the most humble in the city,” he recalls. “As a child I spent many hours in the clinic while they worked, so for me it was very normal to see people who were sick or who came to the emergency room. The vocation came to me as a child, although I wanted to contribute to medicine from another field ”, he adds. His parents emigrated to Spain and settled in Madrid on April 1, 2001. Tenorio was 13 years old. He studied biology, specialized in pharmacogenetics, did his thesis on childhood syndromes that cause exaggerated growth and in 2009 he began to study the ailment to which he has ended up giving his name. The researcher is aware that he will probably dedicate a good part of the rest of his career to this disease, since there are still many questions to be answered about it.

For example, the team knows that this is an “ultra rare” disease, but how much? To find out they have resorted to the “Tinder of genetics”, as Tenorio himself calls it. “Basically, we express interest in patients who have the mutation in the gene RNF125″, It indicates. “When someone in any part of the world sequences the genome of a patient and turns out to have this variant, the alarm goes off and they contact us,” he adds. Thus 14 other patients with Tenorio syndrome have been identified in the US, Canada, Australia and other countries. One of the most prominent cases is that of a Chilean woman who had psychiatric problems during the delivery of her two children. Researchers have detected the mutation in both her and her children. The same day that Tenorio spoke to this newspaper, a new case came to him: a 16-year-old German boy. This makes a total of 21 known Tenorio syndrome patients.

Also Read  The Democratic Memory Law, against impunity and oblivion

Investigators have the alert activated to continue identifying new cases. Each of them provides new information, as it presents disorders that may or may not be due to the effects of the mutation. The affected gene in this syndrome produces a protein whose function is to tag other proteins within the cell so that they are recycled and not accumulated, which could lead to problems. The mutation precisely causes proteins to pile up that shouldn’t be there. On the one hand, this has an effect on the immune system that could explain why many of the patients are prone to autoimmune diseases and suffer from recurrent infections.

The RNF125 protein is highly expressed in all cells of the head and especially in neurons, explains Tenorio. The mutation causes the cell growth cycle to not stop. This could explain the excessive growth of the head that patients present. Tenorio wants to create mice and fish with the same mutation to further investigate the causes of this ailment and try to identify molecules that could be used to treat it.

“With the new techniques it is possible to identify new diseases, which in part helps people who have not been diagnosed for years,” explains Pablo Lapunzina, the head of Tenorio in La Paz. “Our team has participated in the identification of some 20 new genetic diseases”, highlights this doctor. Some of these new genetic diseases are even rarer than Tenorio syndrome, since sometimes only one patient is known.