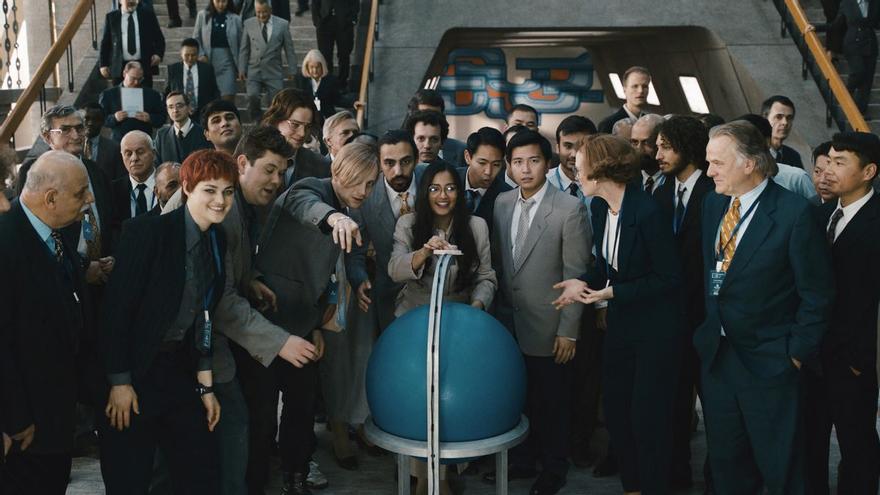 There was a time when Google he did not rule the world. Before consolidating its dominance over the digital market, based on the strategy of ‘copy, acquire and kill’ the competition, the giant of Silicon Valley It was an emerging company in a world in which the internet was beginning to see its power. The future was yet to be written and in that race between visionaries all kinds of abuses also took place.

It was then, in 1993, when the unknown German company ART+COM developing TerraVision, a pioneering project that allowed, for the first time, to virtually reproduce the world through satellite images and architectural data, placing the user in an immersive experience to visit any corner of the planet. Does it sound familiar to you? Eight years later, in 2001, Google launched Google Earth, a computer program that replicated that same idea.

In 2014, the German artists and computer scientists behind ART + COM dared to bring the almighty Google to the courts, accusing her of having violated the patent of the algorithm on which TerraVision was based and copying that system to launch Google Earth. Now that legal battle inspires’The code that was worth millions‘, now available on Netflix.

Created by Oliver Ziegenbalg and directed by Robert Thalheim, this four-part German miniseries recreates the fascinating story of TerraVision traveling to Berlin uncomplexed after the fall of the wall, where artists and ‘hackers‘they found fertile ground for the counterculture. And he does it through Carsten Schlüter (played by the actors Leonard Scheicher and Mark Waschke) and Juri Müller (played by Marius Ahrendt and Mišel Matičević), two fictional characters that represent Joachim Sauter, Pavel Mayer, Axel Schmidt and Gerd Grüneis, the true promoters of the project, as explained by the ‘making off’ that accompanies the series.

Also Read  Ikea: the 10 techniques for your customers to buy more

This fictional adaptation uses his testimony and trial transcripts to narrate how the fall of the Iron Curtain opened the field of vision to some German dreamers who broke the barriers of the imagination to conceive what would end up being a key piece of the digital revolution. And what happened so that this visionary invention ended up buried under the carpet of History.

The first chapters pass jumping from the preparation of the trial to the origins of TerraVision and the friendship between the protagonists, replicating the frantic narrative structure of ‘The social network’ (David Fincher, 2010). The latter travels directly to Delaware, USA, to narrate in detail the trial against Google with a tone that draws directly from classics of the judicial ‘thriller’ such as ‘Witness for the Prosecution’ (Billy Wilder, 1957) or the more recent ‘The Chicago 7 trial’ (Aaron Sorkin, 2020).

All dressed in a exhilarating soundtrack that perfectly intermingles the libertarian frenzy of the techno german with him utopian futurism synthesizers, creating a sound image of the cultural effervescence of Berlin in the 90s.

Story of a failure

However (eye: ‘spoiler’), ‘The code that was worth millions’ is not the story of a success, but opts for “the perspective of the losers”As Ziegenbalg explained to ‘Variety’. Google and its army of lawyers in ties won the lawsuit when the popular jury considered that ART + COM had not proven patent infringement. In October 2017, the US Court of Appeals for the Federal Circuit confirmed the invalidation of the patent that the German company issued in 2013 to claim $ 100 million from Google for infractions.

Carsten Schlüter (Leonard Scheicher) and Juri Müller (Marius Ahrendt), in ‘The code that was worth millions’. Netflix

Despite its size, both TerraVision and its legal process against Google are great unknown to most of the population. The great merit of the series lies in bringing a subject as complex and ethereal as an algorithm to the general public. And do it without giving up the technicalities that allow us to better understand the documented predatory attitude de Google to steal patents, trademarks, copyrights and private information. An intelligent narrative construction that places it among pearls of contemporary German fiction such as’Babylon Berlin’, ‘Germany 86‘ O ‘Dark’.

A word of warning about Google

The series is, without a doubt, a product of its time. After a decade of fascination with the technological epiphany brought by messiahs in the turtleneck and ‘sneakers’, we live immersed in a phase of distrust and control of the social giants (not neoludism) to whom a freeway was paved towards a monopoly that has ended up trapping us in their nets.

Google has become the most powerful technological colossus in the world. Its ubiquitous dominance generates $ 7,944 in profit every second, and its tentacles reach across markets. It controls the most popular search engine on the planet, but also mobile telephony (Android), the video (Youtube), browsers (Google Chrome) and email (Gmail), among many others. The development of Google Earth allowed him to launch, in 2005, Google Maps, the revolutionary real-time world mapping service that has become an indispensable tool for the modern city.

The power of Google is such that even this article, which highlights the story of the engineers who stood up to the Technological Goliath, gives in to their dictates. The objective of an article is to be read, but for this to happen first, the potential reader must be able to find it at the top of the list provided by the search engine. And, as SEO dictates, the best way to achieve that is to boost keywords that optimize that search. That is, put the term ‘Google’ in the same headline. The only thing we have left is the literary wink: the name of the giant in the queue and the start for TerraVision, the true protagonist of this story.