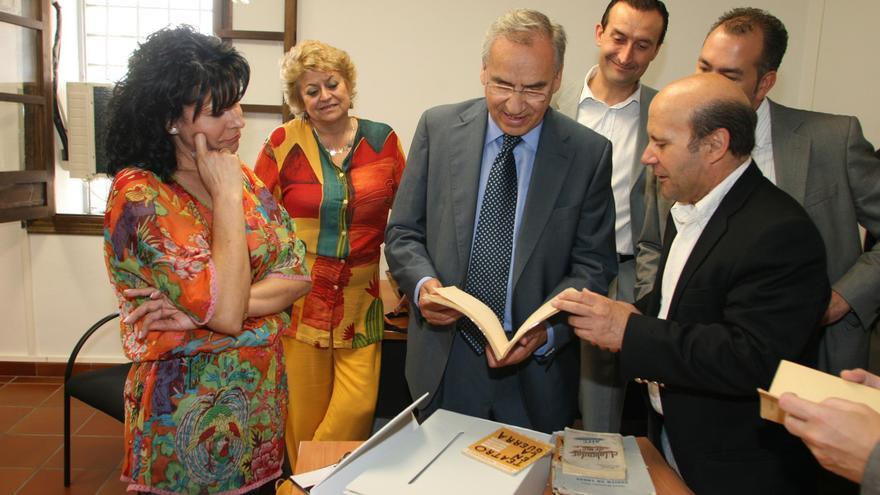 Encarna Marco has left us. It is very sad news for the family, especially for her sister, Chón, and brother, Ramón, but also for all of us who have known her and have lived and shared many situations with her.

Encarna has been one of those people who has not left anyone indifferent; that has left its intense imprint, its marked personal mark, in the many facets through which it has passed.

Encarna Marco was a woman with a prominent role in the transition to democracy in Elche. In fact, she was the first general secretary of the UGT in our city after the dictatorship, and she was also part of the union’s federal leadership.

Socialist activist since 1974, member of the political leadership bodies, Councilor for Education from 1995 to 2007, Councilor for Tourism from 2007 to 2011, member of the Board of the Misteri … But above all, Councilor for Education. In an interview in a local media outlet, she said in 2011, shortly before ending her stage as councilor for the Elche City Council: “The work done in Education was the best twelve years of my political life.” And surely they were. for her, but also for the city because her work has been vital to achieve a quality public education, to ensure that the educational model of Elche has become a benchmark at the regional and national level.

The expressions “implication”, “courage” and “commitment” have been a constant in the work carried out by Encarna. She threw herself one hundred percent into whatever her task and goal was, she spared no effort, she always went far beyond what was reasonably required. His work, his attitude, leaves us a very clear example of what is the essence of the public function, always attentive to the local reality, always determined to promote changes to improve essential public services for progress and collective well-being.

Encarna’s strong personality will remain forever in our memory, her honesty, the passion with which she defended everything she believed in, her trust in her principles and the values ​​that she defended. His deep socialist convictions. And his smile will also remain, that smile, sincere, open and intense that exuded kindness and friendship.

Thank you very much, Encarna, for everything you have done, for everything you have taught us, for your valuable example. For me it has been a pride to share with you some important moments of our recent history; learn from you and your integrity, your personal and political honesty. These lines serve to express my condolences to her family and friends, but also as a testimony of my admiration and my deep affection for an exceptional woman who leaves a great gap between so many friends and colleagues and I dare to say in the whole city.