Sertich highlighted each ex-officer individually and collectively, saying “they stood by and watched” and “did nothing to attempt to stop Derek Chauvin … None did a thing to help Floyd.”

The prosecutor encouraged jurors to watch all video evidence in the case highlighted how long Floyd was pinned down and the officers failed to intervene. She also told the jurors to notice that Chauvin didn’t order the other officers around, as he barely talked to them.

“They know their duty and chose not to act during use-of-force,” Sertich said, adding that their “failure to intervene resulted in this death.” 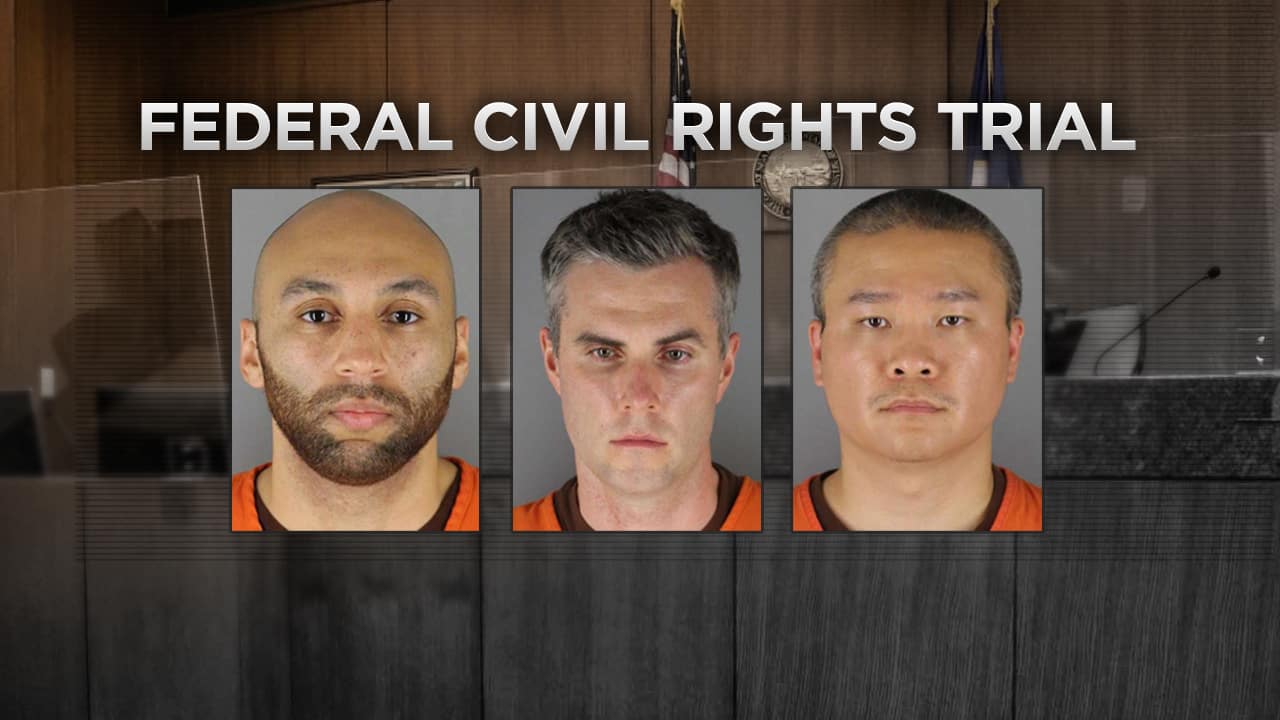 Finally, Sertich said Kueng and Lane lied about the incident by not providing details to supervisors afterward.

“The reason a person lies is that they have something to hide … they knew what was wrong,” Sertich said.

Thao’s lawyer, Robert Paule, spoke for about an hour, calling Floyd’s death a “tragic event” and adding, “However, a tragedy is not a crime.”

Like prosecutors, Paule urged the jurors to look at the video evidence. He said Thao and Chauvin decided to respond to the scene after realizing a pair of rookies were there and it was an area that “might be more hostile to police.”

But Paule noted Thao never touched Floyd and said Chauvin “took command” of the struggle with Floyd when they got there. He highlighted the fact that Thao looked for a restraint device and believed Floyd was experiencing excited delirium.

Paule also said Floyd lied when he said he wasn’t on drugs and Thao later heard Floyd admit to eating “too many drugs.”

Lastly, he focused on Minneapolis police training, showing officers using knees on suspects’ necks during training without any apparent correction from trainers. On medical care, he pointed at the three other officers who were on Floyd, saying it’s logical to assume they’d check his pulse and start CPR, if necessary, rather than Thao having to go over and do that. And, he pointed to the reason for the restraint as justification, saying Thao thought Floyd was being held down for his own good until paramedics arrived.

Thomas Plunkett, Kueng’s attorney, will make his closing argument next.

Thomas Lane, J. Alexander Kueng and Tou Thao are charged with depriving Floyd of his right to medical care as former officer Derek Chauvin pressed his knee into Floyd’s neck for more than nine minutes in 2020.

Lane held the 45-year-old Black man’s feet, Kueng knelt on his back and Thao held back bystanders.

Kueng and Thao are also charged with failing to intervene to stop Chauvin in the May 25, 2020 killing that triggered protests around the world and a re-examination of racism and policing.

The arguments come after Thomas Lane became the last of the three ex-officers to take the stand in his own defense Monday.

The judge and attorneys have indicated closing arguments could take almost the whole day Tuesday.

Prosecutors have to prove each element in this case beyond a reasonable doubt, but the defense only has to show reasonable doubt for one of the elements, which means the burden is on the government.

Each officer’s case will be decided separately, so there could be split verdicts.

The jury will get instructions from the judge before deliberations begin.

At the start of the monthlong trial, U.S. District Judge Paul Magnuson selected a total of 18 jurors, including six alternates. Fifteen people now remain — 12 who will deliberate and three alternates.

Chauvin pleaded guilty in the federal case in December, months after being convicted of state murder and manslaughter charges.

Lane, who is white; Kueng, who is Black; and Thao, who is Hmong American, also face a separate state trial in June on charges alleging that they aided and abetted murder and manslaughter.

5 EYEWITNESS NEWS will continue to update this article throughout the day as closing arguments are made.