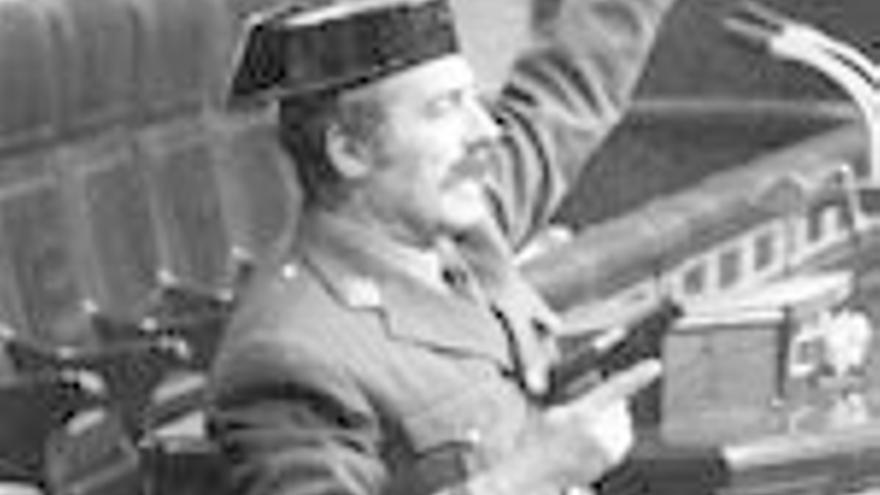 The next Tuesday, February 23, 2021, it will be 40 years of the facts that since then we know as 23-F. Trying to explain today, in an article in the press, what happened I don’t know if it is simple or impossible. I am going to choose to group a mixture of story and opinion into five sections, to see if I’m right.

We usually refer to this as an attempted coup. And it is not exact. What a few soldiers and a civil guard wanted to do was a coup, not an attempt. Technically we should say a frustrated coup since it was others, not its promoters, who prevented it.

In the final judgment of the Supreme Court, three people were convicted: Jaime Milans del Bosch, then Lieutenant General; Alfonso Armada Comyn, then Major General; and Antonio Tejero Molina, then lieutenant colonel, barely 30 years, considering them the main responsible for what happened. For me, those penalties were successful since the three of them, with important nuances, of course, were the promoters of the coup. In the first instance, the Military Justice Council did not understand it that way since the Navy was only sentenced to 6 years. The Machiavellian action of this man led that court into error, but the exhaustive investigations carried out in recent years leave no room for doubt: he came to believe that he would be the leader of what resulted after these events, a kind of “De Gaulle ”Spanish.

The preparation was not good, in a very nice way. What we cannot know is if it could have been otherwise, let’s say better. A coup d’état is not mounted in the light of day, with thoughtful and well-written writings, it is unthinkable that it should be so. The encounters, the conversations, are based on speaking without saying anything clear, on throwing implied, on winks of complicity. Given that it is a military organization, we should understand that the oldest, Milans del Bosch, is the one who gives the instructions to everyone else. And it was not so. Tejero was the soul of 23-F, the impeller, the oil that had to make everything else not rub, and that being a simple lieutenant colonel trying to force generals was not easy. And the role of Armada, devious, wanting to pretend that it would be more than it could be did not help them to properly prepare what they were going to do. Fortunately for us.

The key person. Playing guessing games pretending to draw the picture if certain facts had been otherwise will only lead to melancholy. That said, the statement I am going to make is unanswerable. One of them, the then Colonel José Ignacio San Martín, was decisive, against his will, in the failure of the coup. This man, out of a fit of jealousy, because of his arrogance, because he wanted to be at the center of events, made a dramatic mistake for his interests. His mission was to remove General Juste Fernández, first command of the Armored Division, from Madrid. As planned, that morning the two of them were heading towards Zaragoza, to inspect some maneuvers of various units that were in the San Gregorio Maneuvering Field. And if he had, everything would have been different, a lot. But he could not, and with a planned ruse with a subordinate who was in El Pardo, in the Headquarters of the Unit, halfway, in Medinaceli it should have been, but it ended up being in Santa María de Huerta, he received a notice that became something very serious, without detailing, and convinced his command of the need to return. And that return was disastrous for his interests, since this general will be decisive in dismantling the operation that the coup plotters had planned so that the DAC could take power centers in Madrid.

Let’s leave the coup plotters, let’s go with those who put themselves in front of them. And you have to start with the king. As much as he has a very deteriorated image today, of which only he is guilty, studying his role in 23-F leads us, without a doubt, to praise what he did. Fifteen minutes into the coup from Zarzuela, orders were already being issued against it. And that has no discussion whatsoever. But if there is someone who must be highlighted in the Headquarters of the State, it is General Fernández Campo, the true mastermind of what was done in those eternal seventeen and a half hours in that palace. And in Madrid, the epicenter of the events, we have to cite General Quintana Lacaci, captain general of the First Region, who later stated that he faced the coup for obeying Franco: “be as loyal to the king as you have been. been with me ”, and the king ordered me to stop the blow. And since we are in Aragon, I must not forget General Pinilla, director of the General Military Academy, who acted as a counterweight and stopped the pro-coup leader Elícegui, captain general of the 5th Military Region.