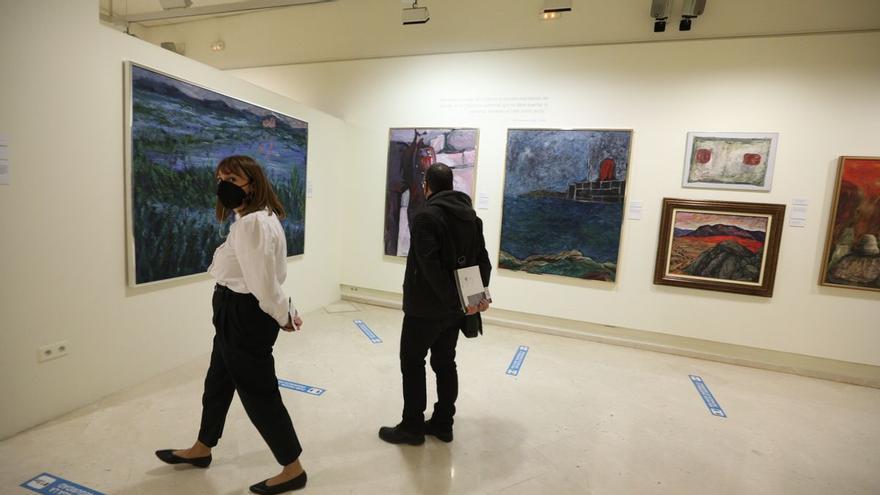 On May 26, 1984, La Verdad reflected the resignation of Alberto Agulló from his duties. The latter and his associates proposed to bring new generations into it. Sixto emphasized the importance of having a stable painting collection: «I don’t want any paintings to come out of here. If the work of a painter is mediocre, I will try with good words to get another one, but not to return the one he has given us. With this system, in the 21st century Elche will have a very important art collection ”. In other words, there was a monographic museum of social art.

On November 27, 1987, Esbart Zero (Andreu Castillejos, Casto Mendiola and Juan Llorens) appeared in Elche, artists represented in the Museum and convinced of the critical function of art. His focus of interest would be consumerism. They advocated the democratization of art and the demystification of the “artist-genius.”

In April 1988, the critical section of the museum gave us to sign a letter addressed to Mayor Manuel Rodríguez: «Since the opening of the Museum and after many years of oblivion, stagnation and terrible management, the artists who endorse with their signature this In writing, we believe that it is time for all of us to definitively put it into motion, so that said Museum acts with the purpose for which it was created, as a spokesperson for the cultural tone of our city, exponent and recipient of contemporary art , a living museum open to everything that energizes it. For all this, we will now express a series of points that help as a starting point for a rapid and much desired reactivation. Among other measures, the immediate dissolution of the Governing and General Board and the partial modification of the statutes were requested.

In August 1991, Esbart Zero and Kunst For Livet (Art for Life), from Denmark, promoted the Viper Project or mural painting on the bed of the Vinalopó as it passed through Elche with an open invitation to all painters. A collaborative performance that fit perfectly within the primary functions of the Museum: to bring art closer to people. In 1993 the art critic Ernesto Contreras, the ideologist of the Grup d’Elx, died, who somehow induced ideas for the museum’s operation. «We made the proposal to create the museum ten years before it was inaugurated. That project was accepted by the City Council at that time, but it did not prosper because the statutes allowed the mayor to make and break as he pleased. It was necessary to wait for the constitution of the first democratic City Council so that statutes were made by common agreement between the municipality and painters ”(La Verdad, 26.V.1984).

On May 14, 1998, INFORMATION reflected the opinion of Alberto Agulló that the Museum should move towards specializing in contemporary painters in the province, so that it becomes a benchmark for all those researchers: many millions that the City Council could put in, we would not have a complete museum. Was he thinking of a “monographic” museum of the stand painters only? Sixto died in 2002, at the age of 86.

On August 14, 2004, the rehabilitation of the Museum was inaugurated after months of closure. The new distribution of works was in charge of the artists Díaz Azorín, Alberto Agulló and Arcadio Blasco. A few weeks before Alberto had asked me to exchange the painting he had in the Museum, somewhat outsider, for two large pieces from the Canarian period. We also increased the representation of Andreu and Casto. And now you are going to like something, Alberto said to me with his best smile: «Go with your van to Tomás Almela’s house and let him give you a painting for the Museum». Bravo! At the inauguration, Mayor Diego Maciá told the media that the works of art exhibited would have a permanent nature, “unless there are acquisitions, a policy that the Management Board must decide. What the Museum will be able to count on is temporary exchanges of works with other relevant museums »(La Verdad 15.VIII.2004). At last the Museum’s collection was fixed. Alberto died in 2018, at the age of 87.

Art. 3 of the Internal Regulations said: «The museum will have two types of curators, the honoraria, constituted in a first stage by the founding members of the Grup d’Elx, who on their death will be replaced by artists represented in the museum and appointed by the governing board, and professionals or honoraria in the various museum facets… ”Forty years after its inauguration, perhaps it is time to thank the artists and politicians who made such a collection possible. To be continue…