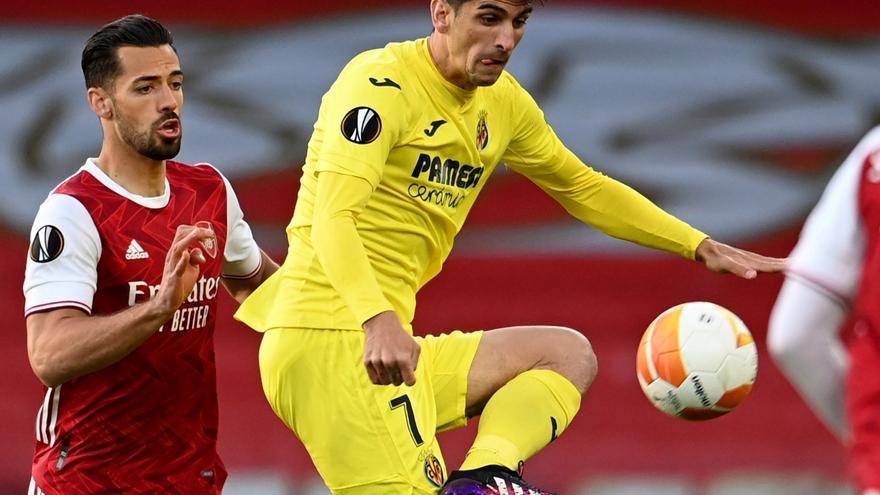 In a few days a European Championship will begin that is expected to be exciting. There are many teams with the possibility of dethroning Portugal, the current champion, although they will not make it easy at all. The combined of Fernando Santos presents a list full of talent, which the contenders for the title, will try to overcome, some, with new faces of a high level.

In this list that we present below, there are more and less known names by the general public, but yes, none of them have played minutes in the continental tournament. Some have done it in a World Cup, but now, they arrive at a great moment and hope to be decisive to rise as true leaders and crown themselves as idols in their respective countries.

Still without official confirmation of all the lists, these are the 10 names to follow:

Recently proclaimed champion of the Europa League, a goal included in the final, he arrives in a spectacular state. Author of 30 goals between the league, where he has won the Zarra award with 23 goals, and 7 more in the European competition, he is called to be the reference of Spain. Luis Enrique trusts him and, despite the fact that he has only played 10 games with the senior team, his contribution will be invaluable.

The French pearl. Called to dominate the world of soccer for the next decadea, if he does not already do so, the PSG forward will play his first Euro. By age, he debuted with the national team in March 2017, it is the first that touches him. With a world champion star under his arm, now it will be his turn to show his potential alongside Griezmann and Benzema in the fearsome ‘bleu’ attacking trio.

Ehe fashionable man in European football and the main goal of Barça, to which he would arrive for free after ending his contract with Lyon. His 20 goals and 12 assists in Ligue 1, which they have competed until the end, are worth to him to face the tournament full of confidence and eager to demonstrate, once again, his talent. The Netherlands was left out of the Euro in France and the World Cup in Russia, so they come to conquer the world with a new generation of talents. He has already participated in a World Cup and now he has to make his debut in the Eurocup.

Pep Guardiola’s wild card. Gündogan, very touched by injuries during his career, has surpassed the high level shown previously to establish himself as Manchester City’s midfielder. His season is for framing. His name on the list may be surprising, but in 2012, despite being called up, he did not play any minute, so if Löw makes him play, in principle he will start, it would be his official debut in the tournament. In 2016 he was injured. Important piece for an always favorite Germany.

Eintacht’s tireless striker has failed this season. Fighting with the best player in the championship, Haaland, throughout the season to finish second top scorer in the Bundesliga, the Portuguese has done so with his 28 goals and 8 assists in 32 games. Everything indicates that he will share the attack point with Cristiano Ronaldo to try to revalidate the title.

The Leicester midfielder has had a great season. He broke into the football scene very young and also with a World Cup behind him, he will try to establish himself with a great championship. His great goal in the FA Cup final, where the ‘Foxes’ were proclaimed champions, only shows their enormous talent. Goals and good game for one of the most powerful teams.

The Juventus player, after having a magnificent season with Parma, ended up in the ‘vecchia signora’ for his distinguishable qualities. He has earned enjoying minutes in 35 Serie A matches under the command of Pirlo And, although it has yet to explode definitively, the Eurocup can be your great showcase to make yourself known. Sweden arrives with a powerful team and, although they will not be able to count on Ibrahimovic, Isak, another rookie, will be in charge of taking advantage of the multipurpose game Kulusevski.

A different player. Creative, with a great touch of the ball and arrival, the CSKA Moscow midfielder is a fixture for Dalic. Croatia is a competitive and fighter team like the most. Vlasic, along with a very talented midfield that accompanies him, He usually plays liberated in three quarters of the field, where he takes his best attributes for a walk. He has not played any major tournament, but for sure, he will be seen.

Piece of footballer who, at 37, gets the first opportunity to play the Eurocup. Since making his debut for US Anconitana in Serie A in 2003, the forward has been giving away his football for Calcio. Practically 20 years of experience of a tireless footballer who this course at Genoa has managed to see the goal up to 7 times. Captain of a newcomer team, he hopes to leave a whole excited country with a good taste. 114 caps to get here.

The opportunity also comes to one of the revelation players of this season at Manchester United. Although it has been several seasons, in this one, He has established himself as a starter holding the ‘Red Devils’ in the pivot position. Fight and distribute. Scotland comes with good names, young talent and some more experienced footballer to try to make a good championship.