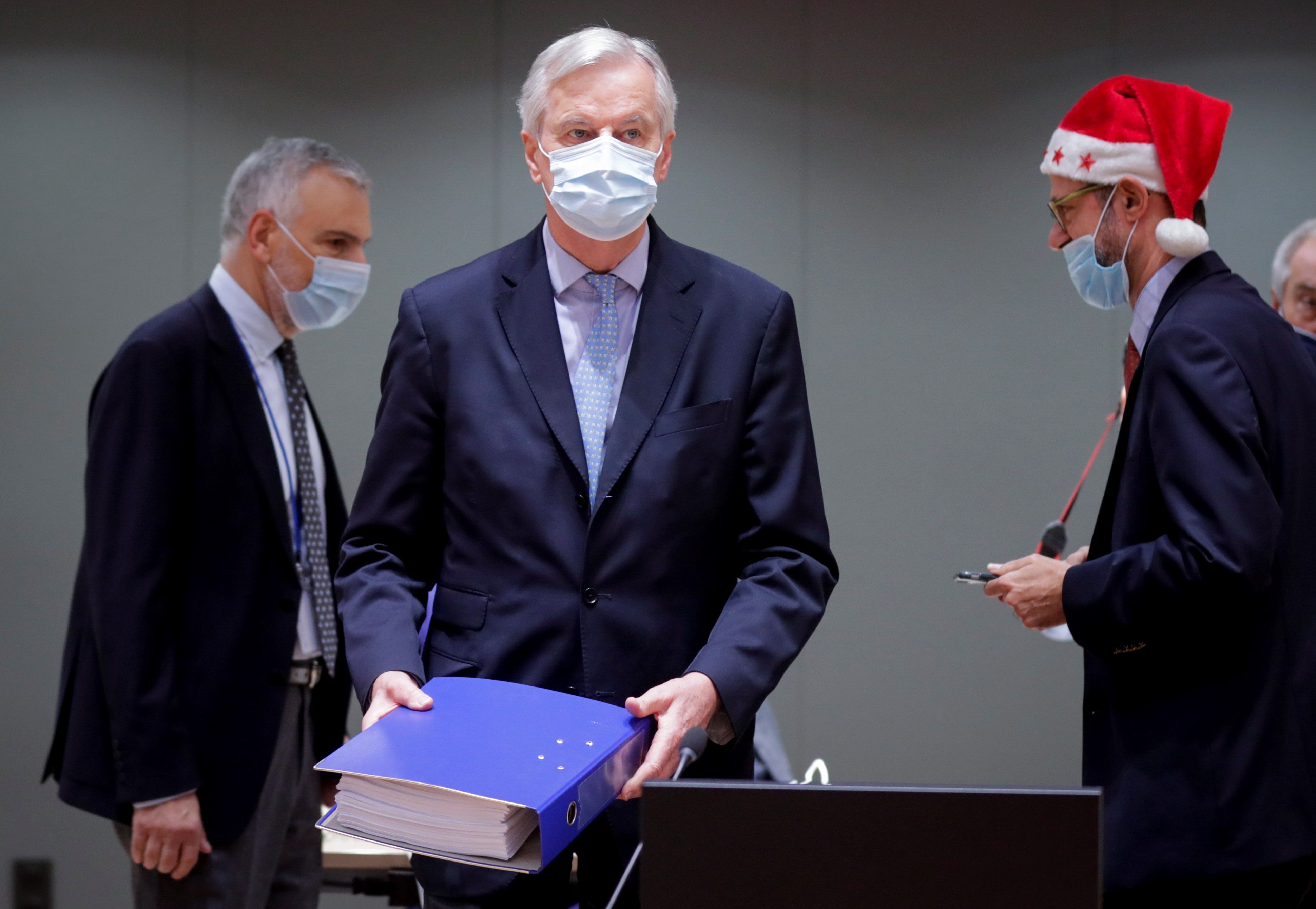 The European Union has begun this Friday the processing of the trade agreement sealed on Christmas Eve afternoon between Brussels and London. The 27 governments of the Union will review the 1,246 pages of the text over the weekend in an accelerated manner with a view to signing and publishing it next week.

The ambassadors of the 27 members in the community capital, who, for the first time in the club’s history, have met on a Christmas day, have already preliminarily agreed their intention to provisionally apply the new treaty as of the January 1 in order to prevent trade relations between the EU and the United Kingdom from suffering a border and customs disaster after the end of the transitional period of Brexit (on December 31).

The final approval for that application could arrive on December 28, just three days from the dreaded abyss, if the review in the capitals confirms the text agreed by the European negotiator, Michel Barnier, with his British counterpart, David Frost.

The draft agreement will allow the reciprocal and unlimited opening of the European and British markets, without tariffs or import quotas. The text requires both parties to control public subsidies to their companies and could adopt immediate commercial retaliation, subject to subsequent arbitration, if they detect that state aid distorts competition.

The United Kingdom is also committed to not backtracking on the social, labor, fiscal and environmental standards established by the Community regulations as of December 31 of this year. If in the future legislative divergences occur in this area that may affect competition, commercial retaliation or rebalancing measures may be adopted with changes in parts of the agreement, provided that an independent arbitration panel authorizes it.

Barnier has attended the meeting of the ambassadors, an appointment that diplomatic sources describe as “historical”, both for being an unprecedented meeting on a date so marked in the festive, religious and emotional calendar of the European Union as for having addressed the most generous trade liberalization agreement in the club’s history and the first signed with a former member.

The date of the meeting has led several diplomats to change their jackets and ties for sweaters with Christmas motifs or to wear Santa hats. But the relaxed atmosphere in the dress has not affected an iota to the significance of the meeting. “The ambassadors thanked Barnier and his team for the resistance and speed they have shown during negotiations carried out under enormous pressure,” said a European diplomat at the end of the meeting.

The ambassadors have unanimously approved a letter in which they announce to the European Parliament their intention to approve the provisional application of the agreement if the revision of the capitals does not raise insurmountable objections, a hypothesis that seems unlikely in view of the enthusiastic reaction registered on Thursdays in most of them, with Berlin and Paris at the fore.

The European Parliament regards the provisional application of the agreement as an affront without the MEPs having had time to review and vote on it. But the ambassadors’ letter points out that “this is an exceptional step to avoid a significant disturbance in relations between the EU and the United Kingdom, with severe consequences for their citizens and companies,” according to a European diplomatic source.

But the representatives of the 27 believe that the democratic scrutiny of Parliament may take place from January, before proceeding to the final ratification of the agreement. As a sign of goodwill towards Parliament, the Council could set an expiry date to the provisional application of the pact, to try to make it clear that MEPs are not facing a fait accompli.

The Commission proposes that the term of the agreement ends on February 28. But the Council seems ready to extend it until April 1. The final decision will be taken next week. In principle, the agreement concerns the exclusive powers of the EU, so only the European Parliament must make a decision, without the possibility of amending it, only with the ability to accept or reject it. National parliaments do not have to ratify it.