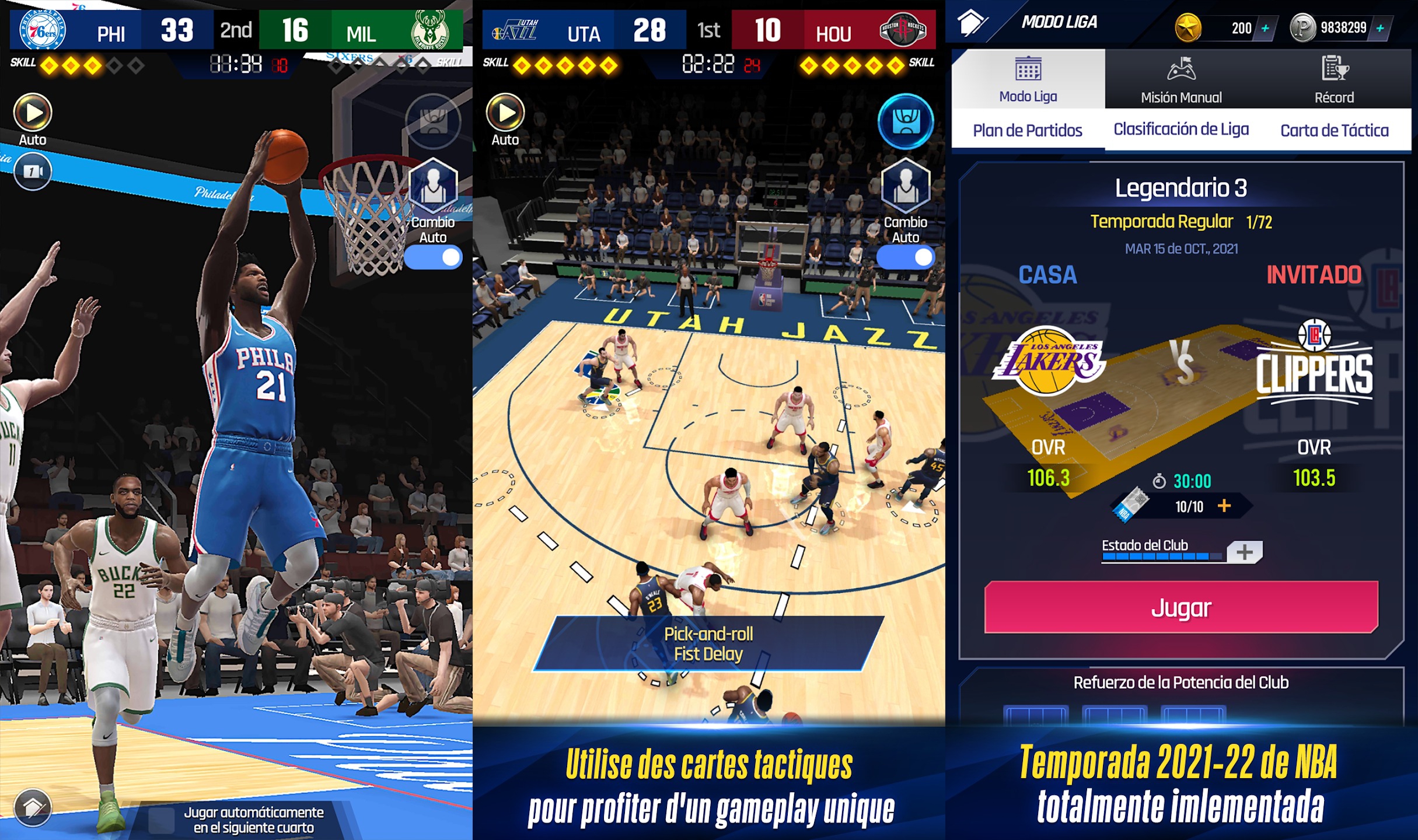 We have decided to compile the best basketball games that we have found on Android so that you can download them, try them out and keep the one you like the most.

The variety of games that exist within Android phones is overwhelming, in fact, we can find almost an infinity of genres and subgenres. This time we wanted to focus on titles that involve some kind of movement or that are based on sports that exist in real life.

Having this as a premise, we have done a little research and we have opted for basketball games. In this compilation that we have made, there are seven similar but different titles, and it is that, in the end it is difficult to reinvent the operation of a game as popular as this.

Yes indeed, the interesting thing is that there is a game for each type of person. In fact, best of all, we haven’t focused on the ones with spectacular graphics. We have also looked for the most curious or striking ones so that anyone can play a few games in a free time from their mobile phone.

NBA Now 22 can be considered the game of the season in terms of basketball titles and, is that, we are facing one of the most recent Android games. What you will find after downloading it to your mobile device is an updated game with the latest signings, lineups and statistics of the players that make up the NBA. Direct link to the Play Store.

We leave aside NBA Now 22 with realistic graphics and a way of playing that is typical of console titles. NBA Jam in which you will fully enter an arcade world where the main thing is to have fun. Yes, it is still a basketball game, what happens is that the technique or the statistics do not matter. What you will have to do is try to make as many dunks as possible in a two against two. Direct link to the Play Store.

NBA 2K Mobile Basketball can be considered as the mobile phone version of the 2K game. On a general level, it is a fairly well-made title and, above all, it integrates all the features and characteristics of the game in its version for consoles or computers. It is quite up to date and if you liked NBA 2K, you will like this one. Direct link to the Play Store.

The titles that we have seen so far were based on a premise that many are not interested in, and that is, playing games with teams or players already seen does not make sense for several people. Some want to pretend to be coaches or create lineups from scratch, for those people NBA Live Mobile Basketball is the game to download. Direct link to the Play Store.

Leaving aside the fairly realistic games with the exception of the second item on this list, we are going to move on to the arcade games with more curious graphics. The first is Basketball Battle in which you’ll face another player on the basketball court to score as many points as possible and win the game. Direct link to the Play Store.

Also Read  This is the Instax mini Evo Hybrid camera

Bouncy Basketball has a very striking design section thanks to its aesthetics reminiscent of 80’s games. In this game what we find are two groups of players who will face each other in different scenarios and at the level of the game there is only one button that we can press, the truth is that it is very striking and original. Direct link to the Play Store.

We moved away from the big leagues and moved on to street basketball. At Street Basketball Association we are before a game where basketball is played on the courts of the neighborhoods. The teams will be made up of three people and at the gameplay level the controls are quite intuitive, it doesn’t have the best design and, the truth is, it suffers from being quite simple; but it is very entertaining. Direct link to the Play Store.