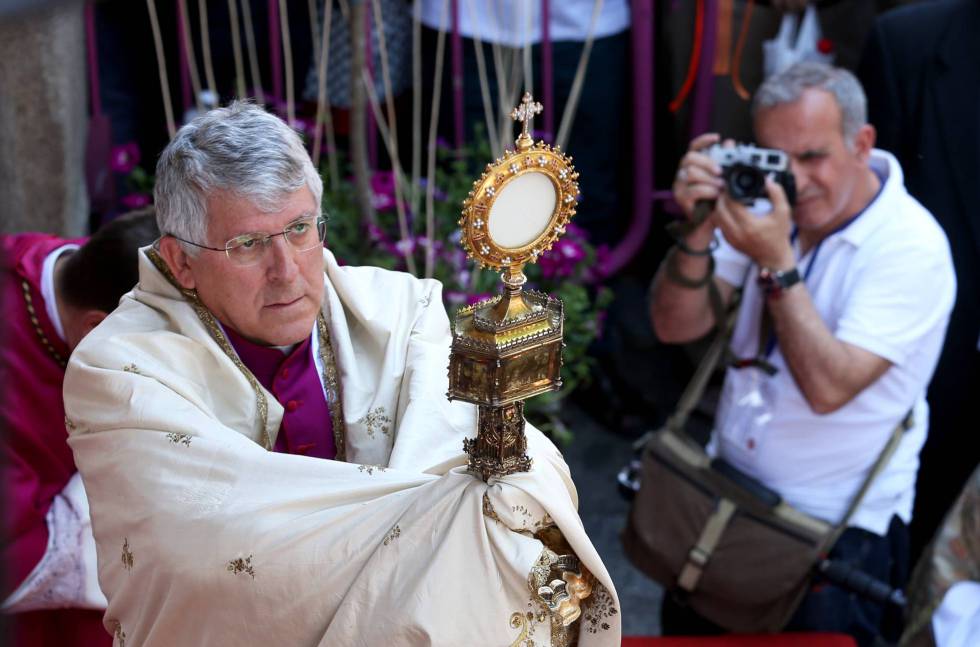 The case of pedophilia in which a former priest of the minor seminary Santo Tomás Villanueva de Toledo is accused and that the archbishopric of the city ignored for five years, despite being informed of it, will finally go to trial. The Hearing of León has reopened it, as requested by the Prosecutor’s Office, by rejecting the file decided by an investigating judge from La Bañeza, a town in which the case has been taken because the first reported episode of abuse took place there. In a decision that is very critical of the decision of the magistrate of first instance, the Hearing considers that there are sufficient indications to continue with the procedure and orders to open the summary. In this way, the prosecution of the accused, PFRR, who was spiritual director of the center, will be declared and the trial will be held, foreseeably next year. The alleged crimes are punishable by a sentence of eight to twelve years in prison.

The case, revealed by EL PAÍS a month ago, stems from the victim’s complaint in 2016, once he was of legal age, and after verifying the inaction of the archbishopric of Toledo. According to the prosecutor’s account, in 2009 the minor informed another priest of the abuses, which began when he was 14 years old. His mother later told several trusted priests and the archbishop himself at the time, Braulio Rodríguez, in 2010. But Rodríguez did not take any action, did not want to clarify whether he informed the authorities and kept the accused in the seminary for five years , until in 2015 he moved it to a parish in the city, the church of San Ildefonso and sanctuary of the Sacred Hearts, where it has continued to this day. According to the prosecutor, the Church “preferred to remain silent, even transmitting to the mother of the victim the Archbishop of Toledo, before whom he related the events, that what his son was telling was due to ‘his disordered affections’ and that he would put him in prayer ”.

Despite the complaint, the priest has continued in his position these years and has led spiritual retreats. The new archbishop of Toledo, Francisco Cerro, has also not taken action and even appointed him a member of the vicarage for the clergy last year. The archdiocese explained last month that “from the moment the facts became known, the previous archbishop proceeded, with full respect for the principle of presumption of innocence, in accordance with current canonical legislation.” He did not clarify whether he opened a canonical process and informed the Vatican, as was his obligation. Regarding the current archbishop, he pointed out that “upon learning of the situation, he is applying the regulations contained in the vademecum published by the Congregation for the Doctrine of the Faith.” Faced with the judicial news, a spokesman for the archdiocese detailed yesterday Tuesday that “the priest has the precautionary measures” – although he did not specify which ones – there is a canonical process that “continues the investigation phase”, and “at the canonical level what has been done that establishes the regulations and now the matter is in the competent dicastery of the Roman Curia ”. He did not want to clarify on what date the archbishopric informed the Vatican and only replied that “it has proceeded in accordance with the provisions of the Holy See in due time and form. Nor has it responded whether the archbishopric has received any communication from the Vatican after the case came to light or whether the diocese has contacted the victim and his family, after expressing in his note a month ago his “support, closeness and solidarity”.

Pederasty in the Spanish Church

The boy entered the seminary in 2003, a boarding school for secondary and high school education, and from 2004 he began to have a relationship with the accused, spiritual director of the center. He suffered from bullying problems and the priest became his trusted person, according to the prosecutor’s account. Starting in 2006, their meetings were regular, with kisses and touching until that summer they slept together, on a trip to the minor’s town and then at the world meeting of families organized on the occasion of the visit of Benedict XVI. He told him that “he kissed him like his father, so it was not a sin,” the indictment writes. The priest gave him a mobile with 100 euros and they talked every night. Days later, the Apostolic Missionaries of Charity went together to some spiritual exercises in a residence for nuns in La Bañeza, León, where the priest acted as advisor. In this place he took him to his room, put his penis in his mouth and told him to masturbate, says the public prosecutor. In the following months the abuses were repeated, also in the minor seminary of Toledo. The situation continued until 2007, when the complainant told the priest that he liked a girl and did not want to see him again. In 2009 the young man had an exchange of messages with the priest that the police extracted from his cell phone and in which he recriminated what had happened. “I really do not deserve to live,” replied the priest, as recorded in the judicial documentation.

The investigation of the case has been stuck for five years in the courts, but has finally been unlocked. The court openly disagrees with the file, considering that “there are steps in the proceedings that, a priori, do constitute plural and serious evidence” against the accused. It indicates, first, the plaintiff’s statement, filled “with dates, places, circumstances and all kinds of details about the way in which, hypothetically, the events could have occurred.” Also remember that up to six forensic reports confirm the credibility of the victim.

The court reproaches the judge for “a speech or reasoning that the Chamber does not share and considers contrary to the rules of logic.” In this sense, it reminds you that the European Court of Human Rights (ECHR) has established the duty to reinforce the actions of countries in these crimes “in such a way as to eliminate all passivity, omission, ineffectiveness or negligence of the State in the work of prevention and protection, but also of the lack of due diligence in investigation work where it is necessary ”. Specifically, it cites a judgment of June 2009 in which the ECHR urges “to eliminate all acquiescence or lack of institutional commitment that leads to situations of impunity, but also passivity —even unintentional— from the system due to the omission of a timely response. by the authorities ”.

In the past, the accused served as parochial vicar in Villacañas, Toledo, in the 1990s. He also went through the minor seminary of Mora, in the same province. Later he was transferred to Granada, where he was pastor of the church of Nuestra Señora de Gracia, in Guadix. He then returned to Toledo and was appointed spiritual director of the minor seminary in 2004. He also made visits to the seminary in Moyobamba, Peru, the last time last year.

This priest is not the only one accused of abuse who has passed through the minor seminary in Toledo. Another priest, José Luis Galán Muñoz, who is awaiting trial for child abuse in Talavera de la Reina, was a professor at the seminary in the same years and was secretary of studies. In his case, a young woman accused him of abuse when he was spiritual director of his school, Hijas de María Nuestra Señora, of Talavera, between 2010 and 2014. After filing a complaint, he wrote to Pope Francis and the prefect of the Congregation for Doctrine de la Fe, and only later did the archbishop of Toledo, Braulio Rodríguez, open a canonical process and transfer him as chaplain to a convent in 2018. Rodríguez also ignored the abuses of another priest in Salamanca, convicted in 2014 by a canonical court, when He was bishop of this city, between 1995 and 2002.

If you know of any case of sexual abuse that has not seen the light of day, write us with your complaint to [email protected]