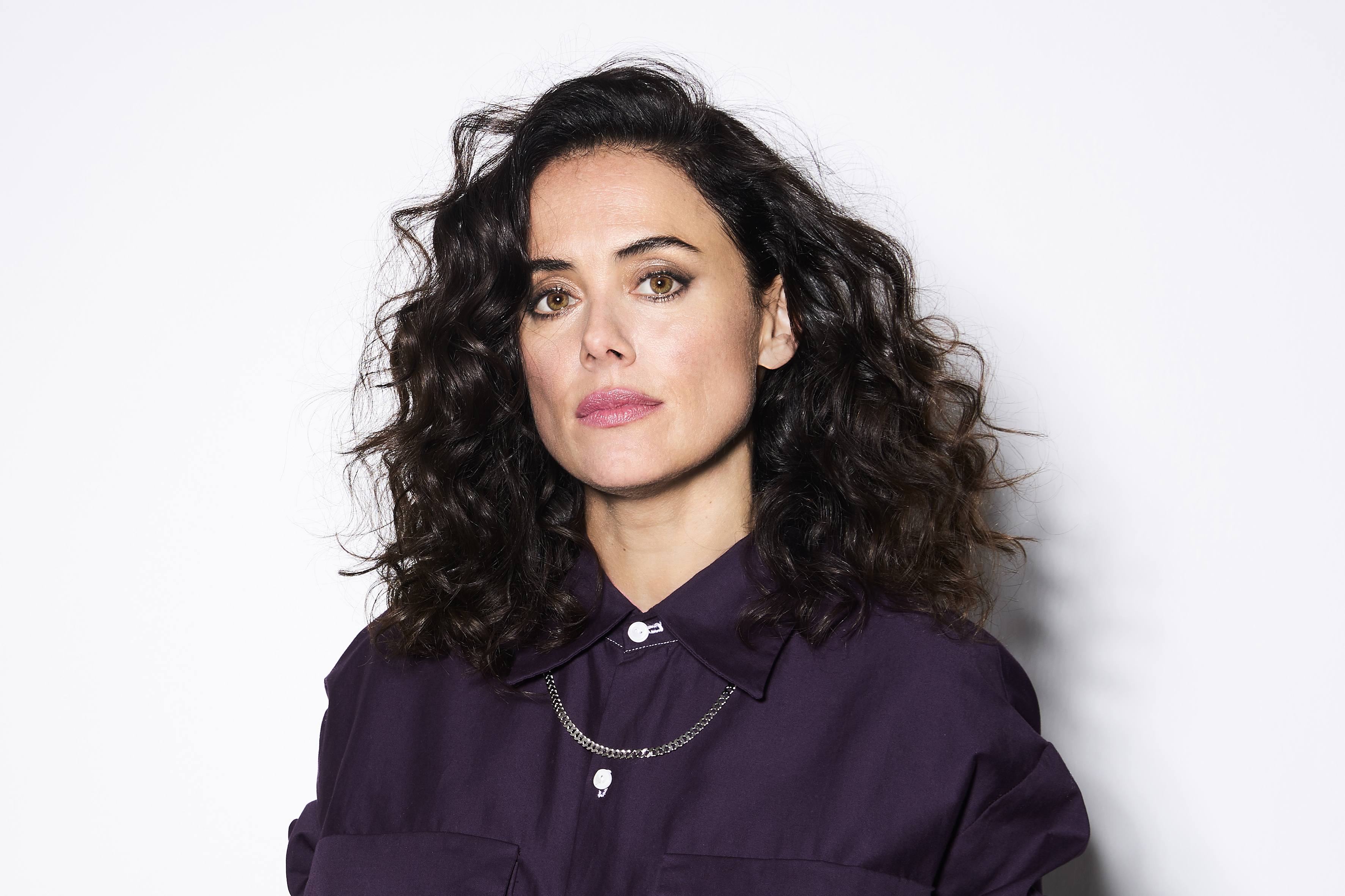 The voice of Patricia López Arnaiz (Vitoria, 39 years old) on the other end of the phone sounds tired but very excited. It is not for less since a week ago she won the Goya for best actress for her performance in Ane, David Pérez Sañudo’s debut feature film that in less than three months has awarded him two other important awards, the Feroz and the Forqué. If one also takes into account that in just four years she has gone from being an absolute stranger to becoming one of the most sought-after actresses in Spanish cinema, López Arnaiz has the right to be “exhausted.”

She is also overwhelmed by all that this commotion of awards has meant for an interpreter who took time to discover her vocation but who, about to turn 40 (next April 15), has shown that it is never too late to reach the top of success. This is corroborated by a slow and thoughtful speech by someone who does not quite believe what has happened in such a short time and who, even with a stir of sensations inside, demands some calm to project all that this implies. “I have been away from home for two months and I have a lot of accumulated fatigue. They have been many emotions together, right now I am looking for a bit of normality to assimilate it, ”he says in a telephone conversation with EL PAÍS from his representation agency in Vitoria.

So far he has moved from his house in the mountains on the outskirts of the capital of Alava, surrounded by countryside and nature. She rejects the idea of ​​moving to Barcelona or Madrid, the nerve center of many interpreters, and admits that it is her home that keeps her anchored to her loved ones and with her feet on the ground. “After months of filming and living in hotels and in different cities, my greatest medicine is to go home. The everyday and simple things like sweeping, putting in washing machines, making my nest, is what really relaxes me because I return to normality ”.

An everyday life that she abandoned almost five years ago, when the profession of actress gave her to live. Theirs with the interpretation has been a relationship that has reached a mature stage for both. After finishing his studies in Advertising and Public Relations at the University of the Basque Country, López Arnaiz combined jobs as a waitress, traveled from here to there and tried his luck with various artistic branches: photography, guitar, painting … A chat with a friend It made him see that there was something inside her that had never changed: her passion for performing, a desire that she had barely noticed. His personal search coincided in time and form with the opening of the Vitoria Theater School and fate seemed to knock on his door. “I quickly found myself in a language and a practice that fulfilled me. It was more the pleasure for what he was doing than the professional end ”, López Arnaiz recalls about his late beginnings.

He does not consider a handicap to have started in this world after thirty, but rather a great advantage. “Fortunately before this I have built a completely different life. Everything that is happening to me is wonderful, but not essential, it is an addition to my already settled life. If I had happened younger, the same would have been more difficult ”, reflects the one who until a few years ago was moonlighting and divided her time between being a monitor and storyteller of children in the dining room of a school with leading the production of the Hell Dorado room of your natal city. He assures that it would not be a problem for him to return to his origins, although now he gladly savors every project that falls into his hands.

Her face began to be known in Spanish homes thanks to her starring role as a teacher in the female boarding school in the series The other look (TVE), for which he won the Ondas award. From there she became the aristocrat and mysterious painter of The fish (Movistar +) while at the same time intervening in the film adaptation of the Baztán trilogyby Dolores Redondo. He also participated in The tree of blood (2018), by Medem, and played one of Unamuno’s daughters in While the war lasts (2019), by Amenábar. But his definitive shuttle to stardom has been Ane, where she plays Lide, a separated mother, with a harsh and shameless character, desperately searching for her missing daughter, whom she tries to understand in those effervescent years of adolescence and enrolled in the last blows of the Basque street fight. She says that for her character it was enough to soak up the script, as it was very descriptive, but she does reveal that she saw a certain similarity between her daughter’s role in the film and her own youth. “I remember my adolescence very well and I felt reflected in Ane. That rebellion towards your parents, that you don’t want them to get into your world or know everything about you… ”, he remembers with a smile. Her parents, living in a small town in La Rioja, only look favorably on that girl with an intense gaze and tousled hair who today has become a famous and renowned actress.

That fame is what López Arnaiz fears most about the profession. She still barely feels that she is recognized on the street but she worries that from now on her life will be exposed and she will lose control. That is why he takes great care. She resists social media – the accounts of the actress on Twitter o Instagram they are for informational purposes only – and watch this new world carefully to avoid stepping on swampy ground. “I have seen that popularity can open a Pandora’s box that gives me a little respect. There is a focus of interest that can move many things, now I am a little fearful and I want to be very careful, “she says, thinking about herself and those around her.

When they offered him AneLópez Arnaiz thought about it a lot because he already had two other projects on the table. Having worked with “a wonderful team” and the successful results have made him unrepentant. In her short but intense experience, strong women’s roles stand out. She considers that the industry is at a fertile moment in terms of feminism and the presence of women in more and more sectors, but regrets that there is still much to be done in society in general. “Seeing young people with such macho behaviors is scary. I have been in this profession for a short time and I have surely lived through many situations of inequality in an unconscious way, although there have been cases in which I have asked to have the same conditions as my colleagues, just in case ”.

Meanwhile, he asks life to keep coming up with projects as interesting as they have been up to now and faces his nearest future full of projects. He will be seen as a mountaineer in The top, together with Javier Rey; police in the series fair from Netflix; of a woman eager to be a mother, in The daughter, together with Javier Gutiérrez, and will premiere Mediterranean, the film about the Open Arms cooperators. Soon she will start working on Marta Nieto’s new film as a director who “looks very nice” and has other proposals to close that she still cannot reveal more. There is no doubt that Patricia López Arnaiz is here to stay.