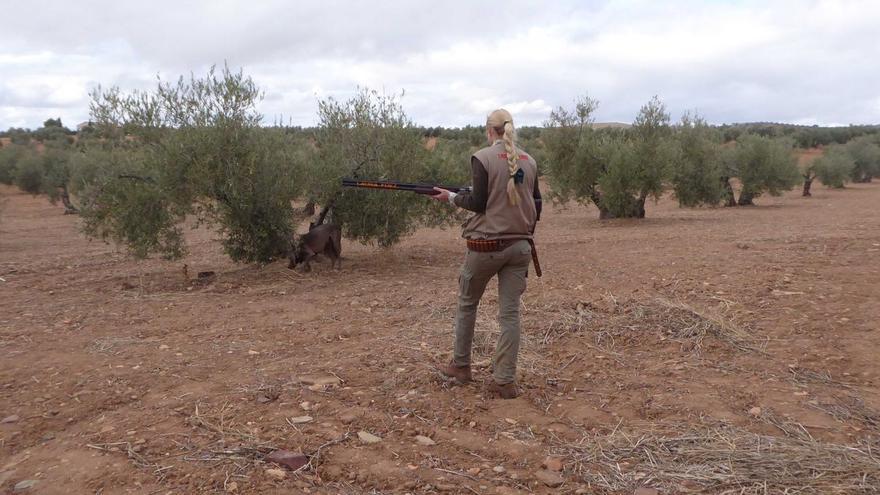 In January 2020, a wild boar was recorded dodging cars at the connection of the A-1 and the M-30 in Madrid. It was not something extraordinary in the capital, especially in the northern part of the region -from San Sebastián de los Reyes to Las Rozas-, where it is common to see them going down to urban centers for food, mainly at night.

In March 2021, shortly before the start of the pandemic, the Civil Guard saved a wild boar that had fallen into the Mediterranean from the Marina Yacht Club in Valencia after traveling so far along the Alboraia beach. In Barcelona, ​​the residents of Horta or Nou Barris, among others, they are not surprised to see them prowling either through the streets of the neighborhood like Pedro through his house.

Wild pigs entering urban centers has been widespread throughout the Peninsula for years. But it is only the tip of the iceberg of the effects of its overpopulation, which is causing real headaches in many parts of the Spain emptied.

This animal invasion, which also extends to roe deer, deer and rabbits, is spurred by the continuous depopulation of rural areas, but has been accentuated in times of pandemic, by restricting mobility and suspending hunting for months.

The latest figures provided by the Ministry of Agriculture, Fisheries and Food (MAPA), from 2018, They numbered 373,225 wild boar captures, but it is unknown how many specimens currently exist in Spain.

According to estimates by the Research Institute on Hunting Resources (IREC), in 2025 its population could exceed two million copies.

Wild boars not only cause damage to crops and forests, but are also a risk because cause traffic accidents, especially on conventional roads, in addition to being able to transmit diseases such as tuberculosis or African swine fever.

Faced with this situation, some administrations have begun to subsidize hunters to control these populations, in addition to extending the hunting periods. Situations as paradoxical as the hunters even have to go out to hunt even if they don’t want to are taking place.

“The new Order that regulates wild boar hunting in the Valencian Community says that a use can be suspended if 200 hooks (small hunts) are not made per year. What many people do is do two hooks a day. Is incredible. We have to hunt out of obligation,” regrets Raúl Esteban, president of the Hunting Federation of Valencia.

The Order to which it refers was issued by the Ministry of Agriculture, Rural Development, Climate Emergency and Ecological Transition of the Valencian Government in November 2021. In it, hunting days were extended and more flexible regulations were established for the hunter to curb “the demographic explosion” of the wild boar, which has caused 55% of the towns in the community to suffer from “overpopulation”.

“It’s just that the number of wild boars is outrageous. We don’t know what to do with them, but we have to keep them at bay. We have appalling accident rates on the roads due to wildlife,” Esteban points out.

According to DGT data published in 2020, wild boar accidents had increased 47% in the previous two years. In 2018, for example, there were 701 animal accidents, where 10 people died, 58 were seriously injured and 877 suffered injuries that did not require hospital admission.

The most affected communities are Castilla y León (9,772 accidents with animals involved in 2020) and Galicia (5,047 in the same year). In this community, animals, mainly wild boars, are the cause of half of the accidents. of all

“It is a very serious problem, we are waiting to see if it becomes a plague,” says Miquel Domenech, Councilor for Agriculture in Oliva (Valencia), which has become the first city council in the country to give direct subsidies to hunters to curb the wave of wild pigs that devastate the area of ​​crops in the municipality.

The total amount of the grant is 3,000 euros, which will be used entirely for “preparation, execution and subsequent work”. “It is an acceptable amount, which could go up. It’s about helping the hunters in any way we can. They will have to justify the expenses. If it is for the food of the dogs, to pay the use of members of Civil Protection or for the analyzes of the animal itself, “says the councilor, from Compromís.

Catalonia, for its part, specifically the Ministry of Climate and Food Action of the Generalitat, approved last year a subsidy for hunters of between 12.50 and 25 euros for each specimen of wild boar killed. The total amount of aid was 600,000 euros.

According to the call for aid, it is about “reducing the density of the animal in the environment and contributing to the prevention and fight against wild boar pathologies that can affect livestock species, especially African swine fever, ASF, and bovine tuberculosis, TB, through hunting”.

The truth is that hunting wild boar is becoming more expensive, especially since just over a year ago, when Brussels approved a regulation that toughened the analyzes to determine if the pieces have trichinosis before being able to consume the meat of the animal..

“Before, any veterinarian would look at a sample under a microscope, but now the process is much more cumbersome. Not all veterinarians, moreover, have that capacity. If before the analysis was worth five or 10 euros, now it is between 25 and 30“, says the president of the Valencian Hunting Federation.

There are other circumstances that are propitiating this overpopulation. One is the reduced population of its natural predator, the book. Another important reason is that there are fewer and fewer hunters, a sector that shows a strong aging without having a relief in accordance with the casualties that occur.

From the sector they insist on its importance not only to control the invasion animal, but for the economy itself, since hunting moves -they say- 6,500 million euros a year -close to 0.3% of GDP- and generates 200,000 jobs, between direct and indirect.

“For many rural populations, hunting is one of the great tools for generating employment”, appreciates the president of the Spanish Hunting Federation, Manuel Gallardo, who denounces that after decreeing the prohibition of hunting in national parks, “massacres” are being carried out ” of animals “by private companies” to control the population in some of them, such as Monfragüe or Cabañeros, without any criteria.

“The control of this type of species is much more economical and efficient if it is carried out by the hunting sector. We know the terrain and customs”, says Gallardo, who believes it is “reasonable” that the administrations have understood that hunting control must be carried out and that a contribution be made to the hunter, but so that a “study, monitoring and control” of the species is carried out.

“Population control requires a lot of dedication, you have to carry out an exhaustive control of the population you want to analyze, assess what excess there is, its impact on livestock and agriculture, and determine how many animals must be killed and at what time,” he appreciates.

Environmentalists disagree with this view, since “hunting does not serve to control populations because it cannot do the work of predators,” explains Teo Berjuver, spokesperson for Ecologists in Action, who assures that these overpopulations “they are not so generic” and are limited to “specific moments”.

“Hunting has caused the disappearance of the deer in many areas where it has later had to be reintroduced,” says the spokeswoman, who blames the hunters. of “helping to increase populations by eliminating large predators, such as wolves or eagles”.

As he adds, captive and loose breeding hunting has also generated excessive population in many areas, such as in Cabañeros, where the owners fenced off the farms to have a larger population and to be able to sell “more expensive deer and wild boar because they were larger”, which caused an imbalance with the habitat, since their significant number caused “significant damage” to the vegetation.

When hunting was prohibited, the problem increased. “In that case, if you have to manage the population, something we don’t like, and you have to resort to capturing and hunting them, it is better that technical personnel do it, who know if what is left over are young males, females…”, assures about the technicians of Tragsa, the public company that is in charge of these management tasks from National Parks.

Aside from wild boar and deer, rabbits are also doing enormous damage to agriculture.

In Navarre, the trade union Euskal Herriko Nekazarien Elkartasuna (EHNE) -Nafarroa has asked the provincial government an aid of 150,000 euros to hunters to control wildlife, including rabbits, which flood, among others, the riverbank area, “where they roam freely” among the cereal crops.

“There are peasants who don’t even plant anymore, because they won’t even let you secure the crop the second year you report damage,” says Felipe Etxetikia, coordinator of the union, who adds that here too, wild boars are spread throughout the community.

dad. “Before you used to go to the mountains and it was strange to see one; now the hard part is not seeing them,” he says..

For the coordinator, the problem is going to be taxed in the coming years since the generational change of the hunters is not guaranteed. “There are fewer and fewer young people in the preserves“, says Etxeitikia, who points out that the new hunting law that the Navarrese Government is preparing is going to make the conditions more flexible and extend the days of capturing fauna. “The problem is very serious, we want them to be professional hunters in the area, but the Provincial Police of Navarre also have to get involved”.