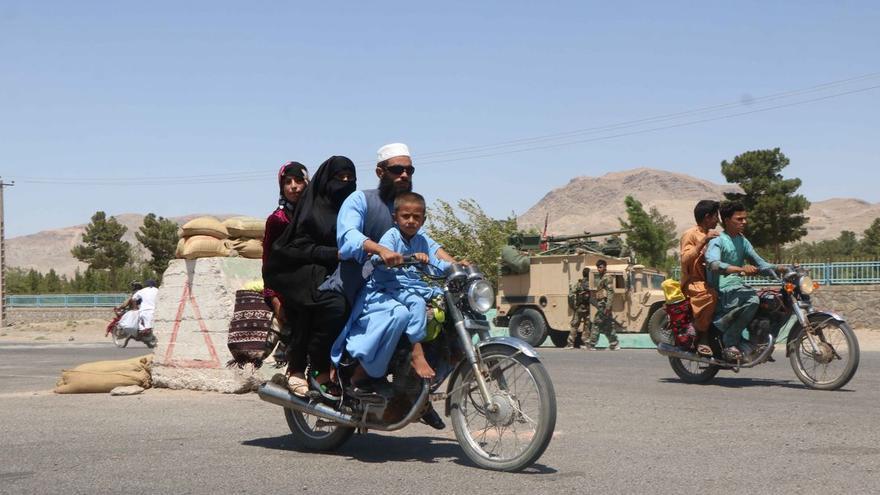 second video: The author of the first recording now takes pictures of what is in front of him. It is the first light of day and the shadows of the twenty people who accompany him darken the ground. They are walking on a dirt road. They are entering Turkey.

Third video: The young man shows himself again. This time he is alone with four friends. Together they negotiate with a taxi driver the price to leave the van city, on the border. Where they are going is anyone’s guess, but we do know where they come from.

This is the story of a young afghan who recorded his journey to Turkey a few weeks ago and posted it on social networks. Like him, there are several thousand more who do exactly the same route. From Afghanistan to Iran and then Turkey, where for the last few weeks hundreds of people – the vast majority of them Afghans – are entering the Anatolian country on a daily basis. Many want to stay in Turkey; others move towards Europe.

“Everything is happening so fast that it is impossible to know exactly what is happening at the border and how many people pass by. We do know that many people are arriving and that the vast majority want to continue towards Greece, so those of us who live in Turkey lose track of them a bit, “he explains. Edris, an Afghan who came to Istanbul several years ago and decided to stay.

Escape from the Taliban

If before the majority of refugees and migrants who tried to reach Turkey and later Europe were Syrians and IraqisNow the most numerous are, by far, the Afghans, who have seen how the conflict in their country has escalated since the United States began the withdrawal of troops from the Central Asian country. The withdrawal has created a vacuum that the taliban, jihadists who controlled the country in the 1990s, are filling up.

The advance of the Taliban is rapid, which is causing a mass exodus of Afghans from rural areas to the country’s cities, still under government control. More of 300,000 people they have embarked on this path, according to the UN.

But of them, many do not remain calm: they believe that the Government will fall; that the Taliban will take control. “The profile of people who left Afghanistan before and those who leave now has changed a lot. Before, those who escaped were mostly members of the Shiite minority, who were attacked by the Taliban and the Islamic State. Now the people who come to Turkey are doctors, officials, teachers… People who lived in the cities that the Taliban get close to and who fear reprisals when they conquer them, ”says Edris.

Not only they receive retaliation. Under the Taliban smoking, having a beard and tattoos it is forbidden, as it is also forbidden for a man and a woman to meet, in public or in private, if they are not husband and wife or father and daughter. At young girls, apart from imposing the burqa on them, the Taliban force them to marry the insurgent soldiers. Refusing is not an option.

Turkey is in the middle of this flow, as was already the case in 2015 with the Syrian refugee crisis, and is taking similar steps. In 2016, the government of the President Recep Tayyip Erdogan built a wall across the border with Syria, to prevent anyone from entering. The same has now begun to be done with the border with Iran. “We believe that we will have completed the construction of 64 kilometers of wall by the end of this year. In the following years we will finish it and it will have 295 kilometers long ”, he explained Mehmet Emin Bilmez, governor of the province of Van, on the border with Iran.

But while Turkey builds, the taliban continue to advance. The hundreds of people fleeing Afghanistan each day could turn into thousands in the coming weeks. This is Edris’s opinion: “This is going to get worse, I’m sure. Every day more people escape and many will end up arriving. I don’t know … what’s going on there [en Afganistán] it’s horrible and the world doesn’t seem to care. On the contrary: they let the Taliban do what they want ”.