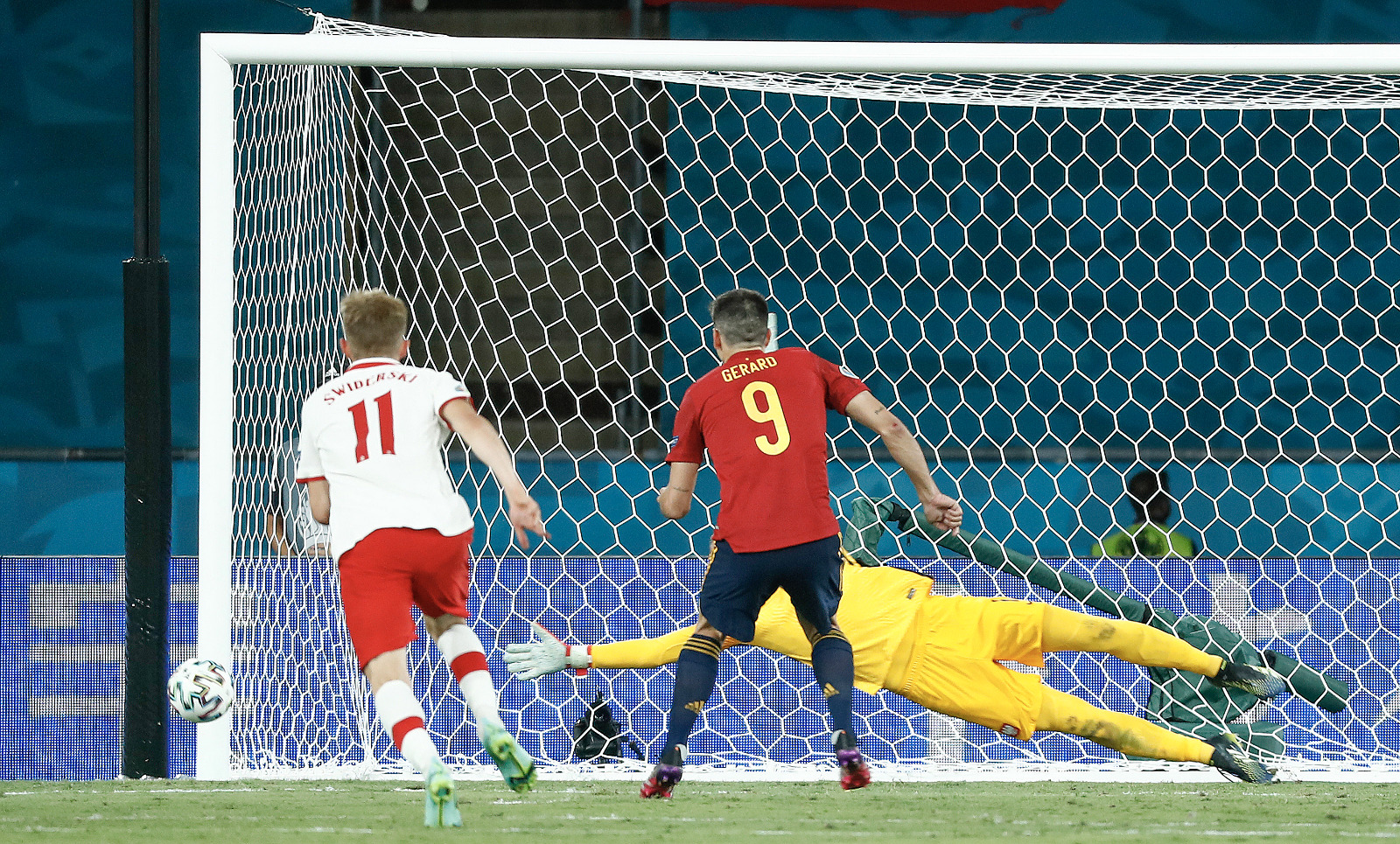 A flatter Spain than against Sweden had the same consequences: another disappointing draw. The sealing against Poland even more. This time there were more than enough fingers to count the chances and the game was even less illustrated. It was of no use that Morata regained his aim and was applauded in his retirement. It was useless that Gerard Moreno, the starter, had a penalty shot, luck that he usually appreciates marvelously. Not in La Cartuja, where once again La Roja not only did not have a fang in front of the opponent’s goal. In his own, Unai Simón was relieved by a post before Lewandowski, who is a close relative of goal even when crocodiles are around him, caught a headbutt after shaking Laporte like someone who chases away a fly with a pinkie.

Neither front nor back, neither in the middle nor on the sides. A flat Spain that will now have to clench its jaw on the final matchday, on Wednesday against Slovakia, which like previous rivals also does not appear in the nomenclature of European football. La Roja has nothing assured, but in a championship in which 16 of the 24 participants qualify for the round of 16, leaving this tournament for the cat flap would be a colossal sinister.

There are times when the goal is free. He is not always the godson of the game. It happened to Spain, which with less thread and chances than against Sweden, found the currency before hitting football, which, by the way, never came. Not even with the anesthetic emboque of Morata, the most needed, the player to whom the goal seemed like a blurry mirage. Gerard Moreno, one of the few adventurers of the night, broke into the area and armed the left-footed shot. Morata, a rogue, anticipated Bereszynski and stiffened Szczesny, his comrade at Juventus. Suspense, intrigue, anguish … VAR moment. The left foot of the Polish defender avoided the offside of the Spanish attacker. A liberation for Morata, who sprinted like a Jamaican to embrace Luis Enrique, his tutor, and play with the whole bench.

Before and after the bingo of the Madrid striker, Spain was a leaden team, without lights or armor. The formality of touch to touch and nothing more. La Roja does not lack its good ration of passes, but it is not enough. You have to distract when appropriate and then confuse. Soccer requires another march, imbalance, movement, ingenuity, lies.

As a mess with the ball, only Gerard Moreno, anchored on the right wing, tried to break the protocols with the occasional jog. The rest, despite Morata’s constant buzz, everything was very Cartesian, without fluency, without fluency.

With Jordi Alba and Marcos Llorente, the wingers, so advanced, everything was even more predictable. Rather than arrive by surprise as fans, they anchor themselves, which their bailiffs appreciate. Spain was so static that there was no way for Pedri and Koke to leak any mail. In the first half, La Roja was reduced to a couple of episodic chances, like a free-kick from Gerard Moreno.

Rasa in attack, a categorical Spain was not noticed in front of Unai Simón. It was worth to Sweden with a couple of stirrings from Isak to keep Luis Enrique’s team on guard. Poland, which circulates in the soccer squad of the Swedes, also put the Red in trouble. And with an astonishing simplicity. A blunder by Jordi Alba led to a shot from Swiderski to Unai’s right post, careful to repel the rebound hunted by Lewandowski.

Worse it was to Unai already in the second section. Lewandowski took Laporte out of the way as if the City center-back were a cadet and headed into the net. His third goal in World Cups and Euro Cups after 13 games. The phenomenal Bayern striker does not have a chorus in his team, but there is plenty of him against altar boy markings like Laporte’s, who lacked bone, a lot of bone. The same as Pau Torres in several sets.

On the verge of shivering, La Roja was helped by Moder’s clumsiness. His stomp on Gerard Moreno was tipped off by the VAR and the Italian referee sanctioned the penalty. As an alleged executioner, someone as punctual as Gerard, who had 12 consecutive penalties scored. Arrival of the great international catwalk, it failed. The rejection on the right post of the Polish goal was lost to Morata with the door wide open. Not a penalty. There is no way. Spain has failed the last four: two Sergio Ramos against Switzerland, one Abel Ruiz against Lithuania and the underlined by Gerard Moreno.

The landscape did not change with the removals of Luis Enrique. Ferran, Fabian and Sarabia burst in — surprisingly for Gerard, the only riot — and they barely left a trace. The team does not find a perch, a differential player, someone who breaks the shell. Nor who touches the cornet for an outburst. The same does not matter in the field sector. Szczesny’s soft hands in a couple of fuss could give flight to a Spain that did not deserve it. It lacks a bit of everything. For now, it is what it is. And it is not much. But tournaments like the Eurocup have peaks and curves. Some hit the keys on the way. Others remain hopelessly in the gutter. We will see. He plays Slovakia on Wednesday and a misstep already then will be terminal. Luis Enrique has a cut ahead.