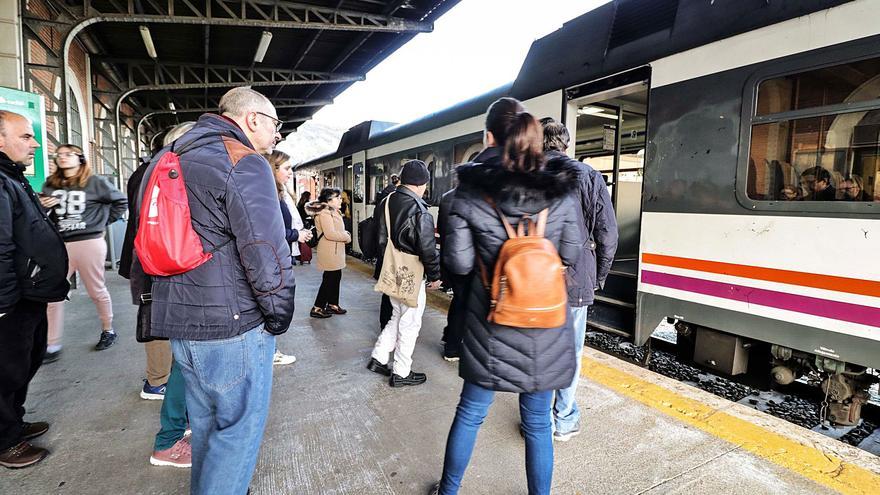 The route has been closed since mid-October due to the works to rehabilitate a tunnel and a section of trench in the vicinity of the El Genovés station, carried out by the Railway Infrastructure Administrator (Adif). At the beginning of the work, the coordinator of Renfe’s Cercanías in the Valencian Community, Juan Carlos Fulgencio, assured in Alcoy that once the line was reopened, one of the two daily frequencies lost in March would be restored, since the service of four trains per pre-pandemic sense had been cut in half. The promise will be a reality as of next day 30, with the addition of extra trains on Fridays and Sundays. However, social groups demand the expansion of services or that, at least, the four daily frequencies that were until last March are recovered.

It so happens that the trains scheduled only for Fridays will circulate with the schedule they had for all working days until last March, late in the afternoon, with the exception that now they will be direct from Alcoy to València and vice versa and before you had to change trains in Xàtiva. Also the one on Sundays from Alcoy will leave at the same time that this service did long ago, at 6.15pm, while from Valencia it will do so at 2.15pm. From Monday to Thursday and Saturdays, the last train will leave from València at 5:20 p.m., and from Alcoy even earlier, at 3:18 p.m. The tour will be a few minutes less than two hours, for only 109 kilometers.

One of the entities that has already ruled on the new schedules is the Colla Ecologista La Carrasca-Ecologistes in Acció d’Alcoi, which on social networks has celebrated the reopening of the line and the works carried out, but has criticized that what will be now “it is not even the very poor supply that there was before the pandemic, which was already totally insufficient.” For this reason, the group points out that “we continue to claim” aspects such as increased services, renovation of the train park and the comprehensive infrastructure improvement».

The spokesperson for the Indignats amb Renfe platform, Samuel Martínez, who has also repeatedly demanded improvements on this line, agrees that the recovery of a third daily train «is good news, but his thing would be for the previous service to return, that it was already precarious, because there is demand ”. Speaking to this newspaper, he recalled that previously there were five frequencies on Fridays, and he wonders “why can’t there be them every weekday”.

With the schedules in force as of Monday, he regrets, still “users cannot take the train” with guarantees because the last trains leave very soon. On the other hand, Martínez also calls for the construction of the variant that would prevent the flooding of the route in the Bellús reservoir in case of rain, because that “would be the definitive closure” for the line.