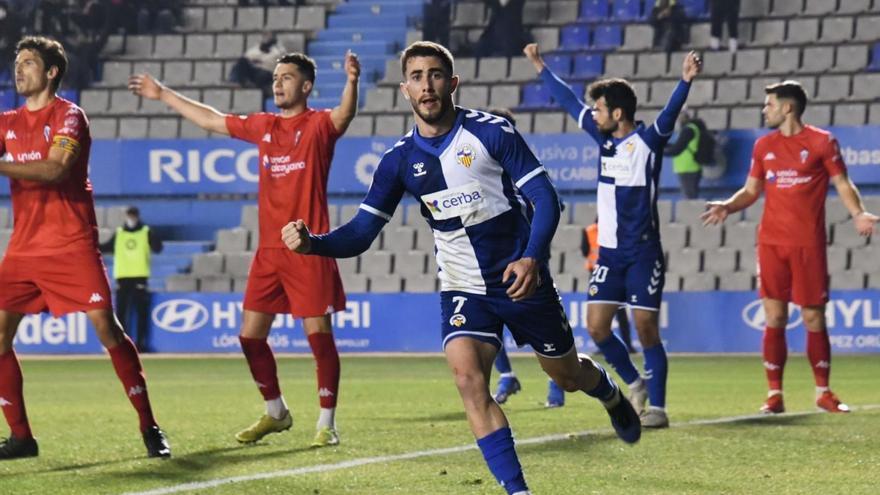 Alcoyano suffered a painful defeat in Sabadell in a match in which the scoreboard is more impressive than the merits achieved by both teams, since Vicente Parra’s team also deserved a goal that they were not able to execute despite the many dangerous arrivals, thus showing a worrying offensive deficit in the league. In the last four games he has only scored one goal and has four defeats in the last five games.

Those from Alcoy began the second round of the championship at the Nova Creu Alta, a stadium that they had not visited since 2018, without having yet closed the first part of the league due to the matches postponed by Covid-19. Their rival, Sabadell, who had not played for 18 days, was in the same situation and will now have to face a tight schedule of four games in the next twelve days to catch up.

Before that break forced by the postponements, the Catalans had managed to add seven of the last nine possible points that allowed them to dream of permanence, but they received those from Alcoy with the uncertainty of how competitive inactivity could have affected them. However, from the first moment they were very involved in the game and were able to score two goals in the first half and finish off the game at the end, so their possible lack of rhythm was not noticed at all.

However, before starting the confrontation, the leading role went to the referee who put the anecdotal note of the day. The Murcian José David Martínez Montalbán, was injured in the warm-up, so the fourth referee, Antoni Magi Bordoy Díaz, had to referee the match in what was his first intervention in the First RFEF category.

He also highlighted the presence in the Alcoyano starting eleven of Toni Gabarre, formerly of Sabadell from where he left a couple of weeks ago.

Regarding what happened on the field of play, the first dangerous action occurred after two minutes with a free kick by Carlos Blanco that went wide. After ten minutes of play, there was an error by Carlos Blanco when clearing a ball in the area and Néstor took the opportunity to shoot from close range and crash the ball into the crossbar in the clearest chance for the locals up to that moment.

Mourad had in his boots the goal for Vicente Parras’s men, but his shot, only against Emilio, in the small area and after making a cross from the left wing, sent it incomprehensibly over the crossbar. And just two minutes later, the occasion was Fran Miranda.

But the success that Alcoyano did not have in front of goal was shown by Sabadell. Jacobo put his team ahead on the scoreboard after 40 minutes after several rebounds inside the area from a lateral free kick, and in added time of the first half, Teo made it 2-0.

The visitors subdued the locals throughout the second half but without much success given the defensive solidity of Pedro Munitis’s team and the good interventions of Emilio. Prior to Muguruza’s goal with which the score was closed, Néstor hit the ball again at the post.

On the next day, Alcoyano will host Atlético Sanluqueño, a direct rival currently in the table, in a clash that Parra’s team must react to.

Also Read  From Filomena to the sixth generation fires: the year of climate change