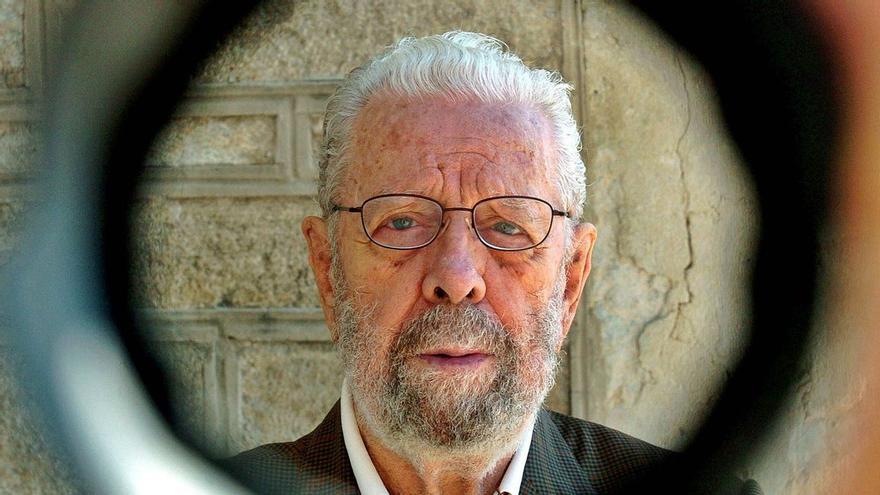 On May 31 at 7:30 p.m. this tribute will be inaugurated with ‘Welcome, Mr. Marshall’ (1953) that has José Isbert, Manolo Morán and Lolita Sevilla as main actors. It takes us back to the 50s in Villar del Río, a small and quiet town where nothing ever happens. However, the same day that the folk singer Carmen Vargas and her representative arrive, the mayor (Pepe Isbert) receives the news of the imminent visit of a committee of the Marshall Plan (American economic project for the reconstruction of Europe). The novelty causes a great stir among the people, who are preparing to offer the Americans a very special welcome.

‘Placid’ (1961) can be seen on June 1 at 5:00 p.m. Of great international repercussion at the time and one of the best comedies of its director, the film was Oscar candidate for the best foreign language film. In a small provincial town, some idle bourgeois come up with the idea of ​​organizing a Christmas campaign whose motto is: “Sit a poor man at your table.” It is about the most needy sharing Christmas Eve dinner with well-to-do families and enjoying the warmth and affection they don’t have. Plácido has been hired to participate with his motorcycle in the parade, but a problem arises that prevents him from focusing on his work: that same day the first letter of the vehicle expires, which is his only way of life.

Also Read  Emotions: Do children trust what they see or what they hear more? | Experts | Mamas & Papas

The same day, but at 7:30 p.m. it will be screened ‘The national shotgun’ (1978) which in its cast includes José Sazatornil, Mónica Randall, Luis Escobar, Antonio Ferrandis, José Luis López Vázquez, Amparo Soler and Luis Ciges among others. A Catalan manufacturer of electronic door entry systems travels to Madrid, accompanied by his lover, to attend a hunt that he himself has organized. What he intends is to interact with people from Spanish high society to promote his business. On the estate of the Marquis de Leguineche he meets various characters and experiences a multitude of situations as absurd as they are absurd.

‘The heifer’ (1985), will be the last film of this cycle and can be seen on June 3 at 7:30 p.m. Its cast includes Alfredo Landa, Guillermo Montesinos, Santiago Ramos, José Sacristán, Carles Velat, Eduardo Calvo, Violeta Cela, Agustín González, María Luisa Ponte, Juanjo Puigcorbé, Adolfo Marsillach, Amparo Soler Leal among others. It takes place during the Spanish Civil War (1936-1939). At the front, a group of soldiers is limited to writing letters or dozing. But the tranquility is broken when a loudspeaker from the National Zone announces that, on the occasion of the Virgin of August, a bullfight is going to be held in a nearby town. Five fighters from the Republican Zone decide to steal the heifer to ruin the enemy’s party and get the food they need.

“In a year like this, which marks the first centenary of Berlanga’s death, we could not miss the opportunity to pay him a sincere and modest tribute and it could not be otherwise than by projecting some of his most emblematic works those that we have all seen, but that from time to time it is convenient and to remember, and what better way than on the big screen ”, he commented Vicente Seva, director of the Alicante Film Festival.

For his part, the deputy director of Audiovisuals and Cinematography of the IVC, Jose Luis Moreno, has pointed out that “the Institut Valencià de Cultura starts at the Teatre Arniches Alicante the screenings of the cycles with the great classics of Berlanga, which will also be seen in Valencia and Castellón in the coming months. One of the purposes of the Berlanga Year is to publicize the work of the Valencian filmmaker among the new generations of viewers and that his films can be seen throughout the Valencian Community. That is why the collaboration in Alicante of both the Festival and the University is so important to get Berlanga closer to young people ”.

The Alicante Film Festival, which will be held from May 29 to June 5, has the support of the Alicante Provincial Council, the Alicante City Council, Alicante City & Beach, Institut Valencià de Cultura, the University of Alicante Casa Mediterráneo, À Punt and other collaborating companies.