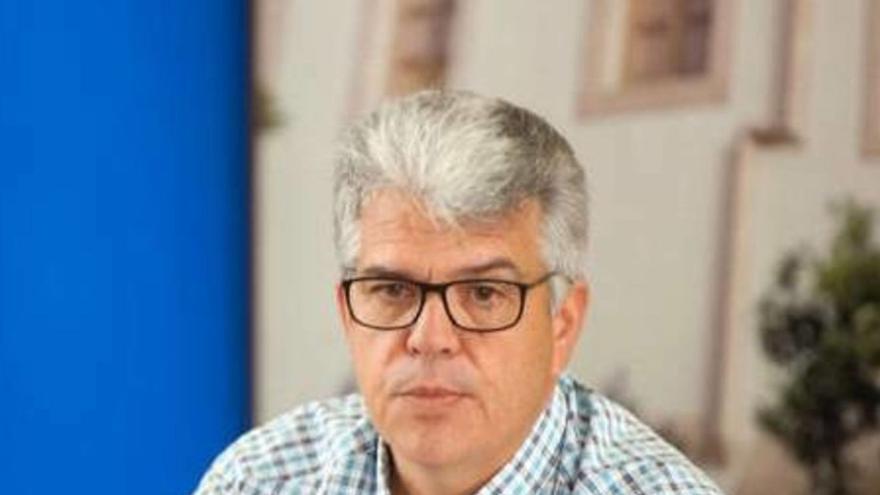 José Juan Reus takes over from Antonio Miguel Navarro, who has been in charge of Alicante wines for twelve years, twenty if the different responsibilities he has had in the directive are also counted. However, the new president is by no means a beginner in the sector, since he has been in charge of the Virgen Pobre de Xaló Cooperative since 2008, while serving as a member of the Denomination of Origin since only a year later. Producer of the Muscatel and Giró varieties, he is the first representative of the Marina Alta to hold this position.

What are your priorities after assuming the presidency?

The main thing, from the outset, is to visit the 45 wineries belonging to the Denomination of Origin. Meet with their managers and listen to their concerns and needs, because it is very important to listen in order to fully understand the reality of the sector. From then on, we must continue fighting so that our wines are better known both at a general level and in the province of Alicante itself, something that is vital for us.

75% of our production of 155,160 hectoliters of wine goes to the national market, and a very important part of it to the province of Alicante. However, we are convinced that we still have a lot of room for improvement, and here we think that the hotel industry has to play a fundamental role.

The Alicante hotel industry should offer our wines first than those from other territories, something to which, unfortunately, they are still a little reluctant. Although progress has been made in recent times, the truth is that we still lack that drive, believe in what we do and it is ours, and, furthermore, promote it.

What could be the reasons for this resistance?

I insist on believing in ourselves, and also, perhaps, on the need to reinforce, on our part, the dissemination of wine culture among bars and restaurants. Because at this point no one can doubt the quality of our wines and their prestige. The wineries are doing things well, we have excellent varieties such as Muscatell or Monastrell, and what we have to do is all do a little more on our part to gradually incorporate Alicante wines into consumption habits and wine menus. hostelry. That is the battle that remains for us to fight.

However, with 25% of exports, it seems clear that there is also a lot of room for improvement in foreign markets…

The main objective, as I say, is to improve domestic consumption, but we do not forget the international markets, where wines from Alicante are increasingly present and recognized. Apart from going to national fairs, we also want to be present at the main foreign events, and now, for example, we are preparing our attendance at the German event.

Has the change of presidency in the US been positive for the Alicante sector?

The fewer trade barriers there are, the better, and, in this sense, the elimination of tariffs has been a relief for our exports to the North American country, which, without a doubt, is a market with great potential.

Are the wines of the province recovering from the scourge of the coronavirus?

The impact was very strong, because during the first year we were practically only able to sell in supermarkets and online, since the Horeca channel was paralyzed. Now, fortunately, we are already moving in figures similar to those before the pandemic. The problem is the sharp rise in the cost of raw materials as important as glass, cardboard or labels, and that, in the end, we will have to affect prices, because, otherwise, the wineries could have a hard time.

The sector has expressed concern about the proliferation of solar farms…

They are a clear threat to our sector. The farmers, most of them elderly, only look at the money that the promoters offer them and, as there is practically no generational change, in the end, they opt for renting their land.

Where can be the solution to this threat?

The Administration has to look at the environmental impact, because a field of vineyards is not the same as a sea of ​​solar panels. In addition, it is necessary to ensure that the grape is better paid to combat these orchards, for which it is essential to bet on quality wines. We have to reduce bulk in favor of higher-level wines with better prices.