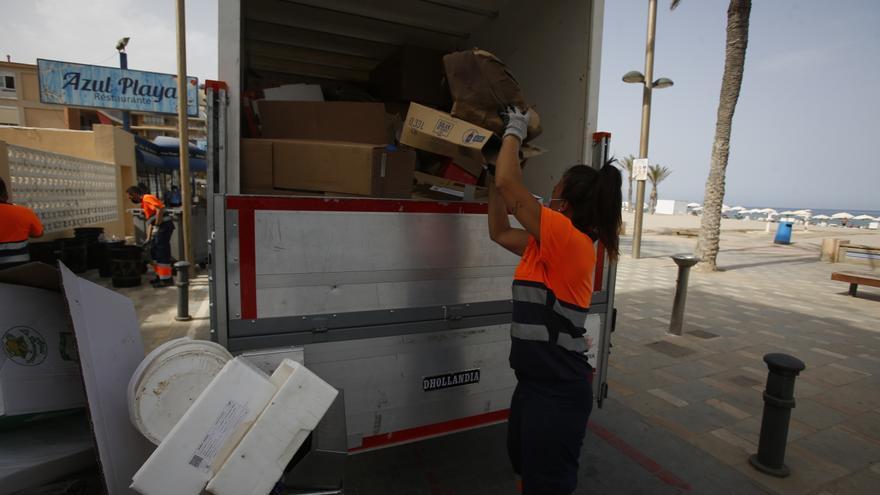 The Alicante Clean Coordinator (CAL) criticizes the current garbage rate “pay per generation” for separation and recycling requirements, and consider that it is unfair. The Coordinator makes this statement based on the content of the study “Rates of waste in Spain 2021“, driven by the Waste Taxation Observatory and made by the TENT Foundation that collaborates with the University of Barcelona and with the Autonomous University of Barcelona, in which the rates of 125 Spanish municipalities are analyzed, in which they are including all provincial capitals, with data from the last four years .

According to what has been published, the Coordinator points out, 45.6% of the municipalities that appear in the study apply the fixed rate model, that is, that what is paid per home is totally independent of the amount of waste it generates and whether or not it separates said waste. It is also cited in the study that “[…] those rates that do not depend on generation are incapable of providing an incentive for reduction or recycling, since the fee does not depend on the profile of the taxpayer as a generator of waste ”

Alicante, included in the study that as the provincial capital, is one of the municipalities with a fixed waste rate, In other words, it is not linked to the generation or separation of waste.

As the study indicates “[…] applying a fixed fee implies that the households that generate less and recycle more waste are implicitly subsidizing those with the worst environmental practices on waste. ” In other words, “the fixed rate is totally unfair with those who generate less waste or separate it, since these households pay the same as those in which more waste is generated or the proper separation is not done “.

Another paragraph of the study highlights that the waste rates with “[…] an adequate design, and given the current legal framework, they are a environmental policy instrument flexible enough to potentially create economic incentives to change the environmental attitudes of taxpayers, which ultimately have repercussions on some better results in reducing waste, separation at source, separate collection and correct treatment”.

The Coordinator recalls that she not only shares but also has defended from the beginning the application of this waste rate, as has also been stated in the allegations presented to the Local Waste Plan, and appeals to the local government to apply it for the sake of achieve the objectives set in terms of separation and recycling by European, national and regional legislation. “Goals that are clearly not going to be met – and the consequent millionaire fines will accrue, as we have also warned on more than one occasion – to follow this City Council, and its top officials in the matter, Messrs. Barcala and Villar, in their refusal to listen and rectify the Local Plan, “they point out in reference to the mayor and the mayor of the Environment.” Who will pay the fines for the ineptitude of this council? They should be the managers and technicians who have endorsed a Local Plan that not based on reality of the facts “, concludes the entity.