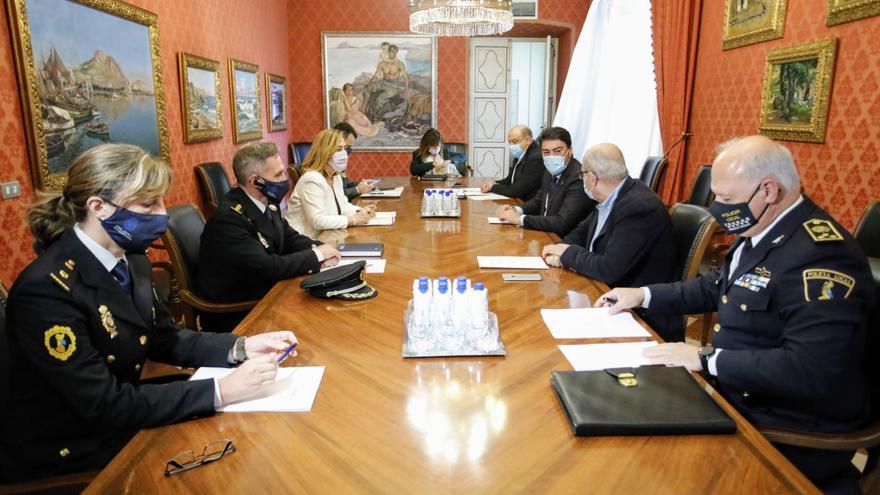 The main point to be addressed has been the coordination, reinforcement and implementation of a broad police device to make comply with the anticovid regulations this weekend and avoid contagion. The Local Police informed at the meeting that it will doubling troops with an operation in which a total of 438 local police will be deployed to monitor the beaches, it establishes fixed capacity control points in leisure and peak traffic areas, a traveling device for the bottle throughout the city and prevention of parties in homes. Police and Firefighters will blow up the dron to monitor with the Unmanned Aerial Resources Unit from the air the capacity on the beach and avoid crowds in Alicante, and you will be patrolling the sand with the quads, as well as on the police-controlled rides.

The mayor, at the end of the meeting, stressed that “as agreed with him President of the Generalitat, the Security Board was convened this morning, in which it was put on the table is all the operation that was already prepared for the weekend of coordination of the Local, National, Autonomous Police and Civil Guard “. “What worries the most is avoiding crowds and infringements and breaches on public roads due to the foreseeable arrival of more people who come after the end of the state of alarm to enjoy our city,” said the mayor, who has influenced that “Leisure areas, beaches and compliance with the curfew are going to be the three workhorses.”

Another moment of the Local Security Board

The mayor has asked citizens “to continue demonstrating that exemplary behavior that Alicante citizens have had throughout this year, and to continue in the effort to comply and be responsible because it is worth it with safety distances, mask, avoiding crowds and complying with the restrictions because we are still in a pandemic ”. Barcala has also requested collaboration from “the sectors most involved such as the hotel and restaurant industry so that they continue to help us as they have done until now ”.

For his part the Councilor for Security, José Ramón González, He explained that “the Local Police will control the beach with a drone, and due to a greater influx of people that is expected this weekend, security measures and surveillance will be increased with more agents.” The mayor requests “maximum prudence, responsibility and collaboration “ because “it is very important to continue respecting the required interpersonal distances, Access through the signposted walkways and pay attention to the instructions of the Police to avoid crowds andn the sand and prevent coronavirus infections in Alicante ”.

The operation will be carried out with a deployment that foresees 438 local agents with specialized units such as GOIR, Canina and Fox, through a device coordinated by the Department of Security to avoid celebrations and groupings, the surveillance and control of parties, and the control of capacity and watchmen, as well as the crowds in the main leisure areas. This performance will place special emphasis on the Traditional Center, El Barrio, Gran Vía, Golf and San Juan beach, Y the moment the capacity is reached, your access will be closed.