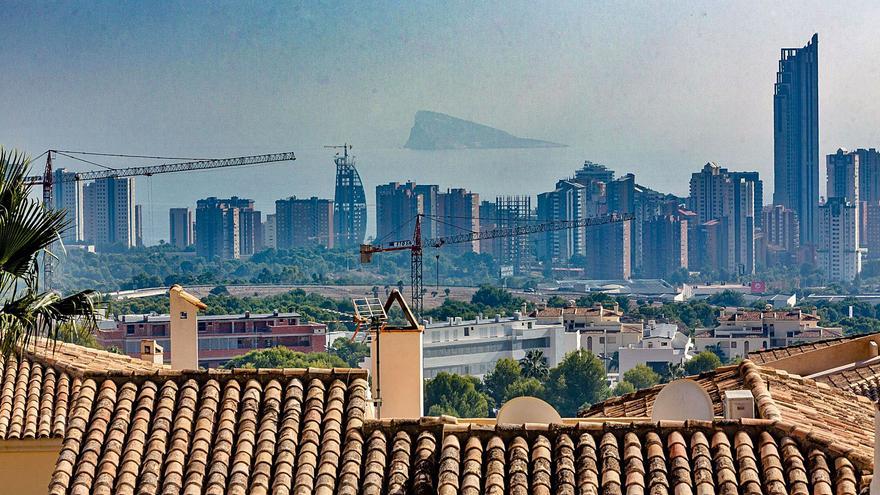 Although the debacle does not reach the level of the hotel or restaurant sector, the real-estate market of the province is also among those who most strongly accuse the impact of covid-19 in its figures. An impact that, in addition, in this case adds to the negative consequences that the business was already beginning to register before the pandemic by the Brexi and the worsening economic situation already shown by many of the European countries that represent the largest homebuyer fishing ground for the Costa Blanca.

Thus, Until last September, 22,892 real estate sales were formalized in the province, a still very significant volume, but which represents 9,408 operations less than in the same period of the previous year, that is, a drop of more than 29%, according to data from the Notarial College of Valencia. In absolute terms, this represents a decrease of 1,047 million euros in the volume of business generated by these transactions, a hole equivalent to 3% of the provincial GDP.

And all this despite the fact that, during the third quarter of the year, the rebound effect of the summer months and the dammed demand during the confinement limited the fall in that period to only 6%, compared to the 60% collapse that was registered between April and June. The problem, according to the professionals consulted, is that this apparent recovery has not continued in the last quarter, when the new mobility limitations have once again plunged the market, at least in the case of foreigners, who were already the largest segment affected.

Thus, while the volume of purchases by Spaniards -both residents in the province, as well as those arriving from other areas of the country- has fallen by 23% in the first nine months of the year -in summer even more houses were sold that last year due to delayed operations-, sales to foreigners have fallen by around 35%, going from 16,311 to 10,689, according to information from notaries, the most up-to-date, since it includes operations at the time when are written. The impact of this decrease is 739 million euros.

As expected, given the drastic reduction that international connections have suffered in El Altet, no nationality is saved from the bump. In the case of the British, the largest international market for the Alicante real estate sector, the decrease was 35.5%, with 1,100 fewer operations; a figure similar to what sales led by Swedish citizens have fallen, which fell by 37.6%, with 511 fewer transactions.

Slightly less marked are the setbacks in the Belgian market – the third in importance – with a fall of 18.7%, and in the German (-21.3%), while the worst data is registered among Russian buyers (- 43.1%) and the Norwegians, who fell 54.7%. The impact is also noted among Algerian buyers, who decreased by 57%, although in this case it must be taken into account that this market segment is made up of a mix of economic immigrants residing in the area and well-positioned professionals in the area. Algerian country, seeking to have a second residence outside their country.

Both the promoters and the real estate professionals consulted agree that, as long as normality in air transport does not recover, it will be very difficult for the sector to return to the figures of before. “The fall this year will be less than what many of us expected thanks to the summer figures, but since October the business has been very slow. Although we have sold a house online, the logical thing is that people want to see the house and the area, and, while there are no flights, it is not possible “, the licensee of the Engel & Voelkers agency in Dénia and Xàbia lamented yesterday, Ximo Ferrando.

For their part, the promoters continue with the projects they have under construction – which they have already sold for the most part – but they are delaying the launch of new promotions, as recognized by the general secretary of the Provia employer’s association, Jesualdo Ros. Faced with this situation, they are turning their efforts to attract professionals who are looking for housing in the province to telework from here. Yesterday they presented a joint campaign with the Alicante City Council, and in the coming months another will be launched for the whole of the Costa Blanca, which will focus on Belgium, where they have detected a greater interest in this possibility and, in addition, the purchasing power is higher.

In the case of national buyers, the vice dean of the Notarial Association, Delfín Martínez, points out that the situation has recovered much better. In part, thanks to the fact that interest rates remain very low, which facilitates financing, and also encourages those who have resources to prefer to spend it on housing rather than leave the money parked in the bank.