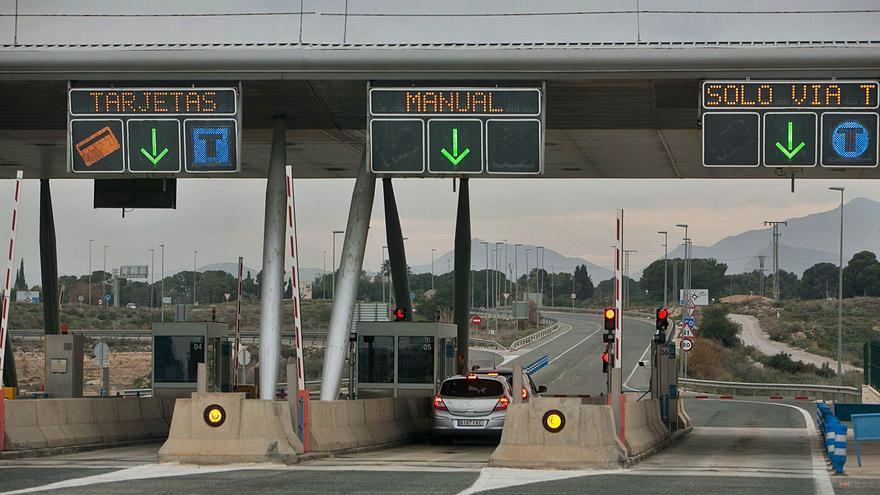 Instead, neither him coronavirus has prevented the circulation on the AP-7 from increasing in a very notable way since it is free. As this newspaper published at the end of December, between June and October 2020 the highway supported the passage of 30,843 vehicles per day, 26% more than in the same period of 2019. In addition, 2,380 of those vehicles were trucks and buses, that have practically disappeared from the N-332, except those that make shorter journeys. The gratuitousness of the highway has facilitated its use for proximity trips in the regions of the Marina and has meant significant savings for drivers’ pockets.

A section of the Alicante ring road has completed one year free in one of the traffic directions, as there is no toll barrier that forces drivers to pay when leaving. Thus, those who take this road in San Vicente in the direction of València and continue along it until it connects with the general route of the AP-7 continue along it without having paid, and they do not do so later as this other route is free. So, users can travel to Vila Joiosa, Benidorm, Altea or any other population on the coast without paying the fee that in theory they should pay.

The situation is motivated by the liberalization of the AP-7 between Alicante and Valencia -as well as to the north of the autonomous capital and almost to Tarragona-, in force since January 1, 2020. Until that date, those who took the highway from Bypass in San Vicente they paid the fee when exiting the AP-7 in Vila, Benidorm, Altea or where applicable. This solution facilitated circulation, while avoiding a fixed barrier on the link between the two highways, which were different concessions (Aumar, the main AP-7; and Ciralsa, the ring road). But everything changed with the gratuitousness of the road that runs along the coast of the Marina.

Given that the toll is maintained on the ring road, in theory there should be a point where drivers will pay before reaching the general route of the AP-7. However, on January 1, 2020, that issue had not been resolved, and then a whole year has passed. As this newspaper published shortly after this paradox began to occur, it was planned to build a barrier on the link between the highways. But it has not been like that, and whoever takes the entrance ticket in San Vicente heading north arrives at Benidorm, Benissa or Ondara with him in the glove compartment.

In this way, each driver who makes this journey stops paying 1.85 euros to the State, which is the owner of the highway since the bankruptcy of the concessionaire Ciralsa, through the State Society of Land Transport Infrastructures. It is difficult to calculate how much the Government may have stopped entering in these twelve months, as there is no exact count of vehicles that have made that journey. However, taking into account the average traffic on the road, about 5,200 vehicles per day between January and September, and considering the hypothesis that half would have circulated north, it can be estimated at up to 1.76 million euros, always taking into account Note that it is an approximate calculation and that not even all the drivers made that journey, which is free without having to be.

The paradox is that, in the opposite direction, the journey is charged. Those who come from the Marina Baixa on the AP-7 and take the ring road pay the corresponding fee of 1.85 euros if they leave it in San Vicente. Therefore, it is not unreasonable to think that there will be enough drivers who use the ring road if they head towards the north coast of the province and, on the other hand, on the way back they take the A-70 for not paying, despite the fact that the rate is very low and there is hardly any traffic.

The incentive of the liberalization of the route to Valencia

The liberalization of the AP-7 has been an important incentive for the use of the Alicante ring road, aside from the absent northbound toll barrier. The possibility of traveling along the coastline of the Marina without having to pay favors the use of the other motorway, thus avoiding traveling on the A-70, which is usually saturated. In fact, had it not been for the coronavirus pandemic, it is likely that traffic would have grown in this way in 2020, driving the trend of recent years. However, the health crisis has returned the highway to 2013 traffic levels.

On the other hand, not even the coronavirus has prevented the circulation on the AP-7 from increasing in a very notable way since it is free. As this newspaper published at the end of December, between June and October 2020 the highway supported the passage of 30,843 vehicles per day, 26% more than in the same period of 2019. In addition, 2,380 of those vehicles were trucks and buses, that have practically disappeared from the N-332, except those that make shorter journeys. The free motorway has facilitated its use for proximity trips in the Marina regions and has meant significant savings for drivers’ pockets.