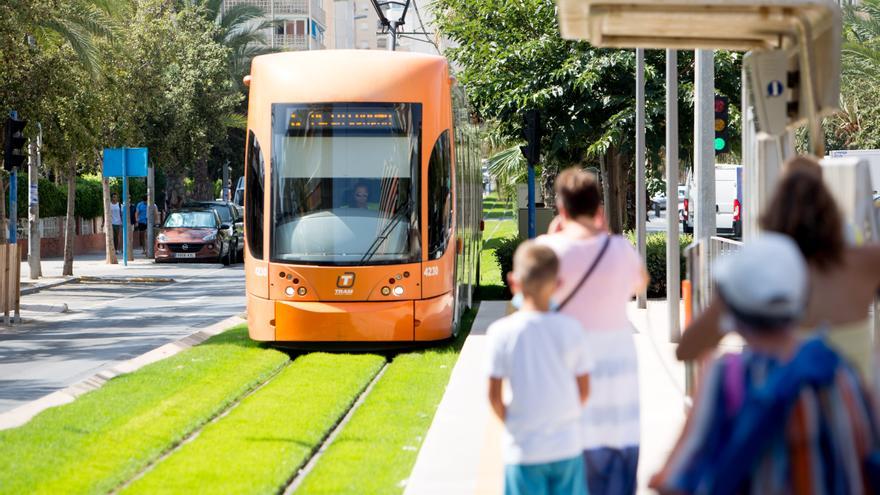 Slowly, the tram has become a basic means of public transport in Alicante and, above all, in the connections with San Vicente, the University and the beach of San Juan, so users hope that the Consell can advance the investments announced last summer to expand the lines, since so far everything the investment effort is focused on line 9, which connects Benidorm with Dénia. In principle, the Department of Transport plans to invest 165 million euros to be executed between 2022 and 2028 to expand the TRAM lines in Alicante which, apart from the current ones, will have a new line to the Sant Joan University Hospital through a branch from the San Juan beach golf course area connected with lines 1 (Alicante-Benidorm) and line 3 (Alicante-El Campello) in 2027, in addition to extending to the south by La Florida and to the north by San Blas.

The immediate objective, however, is the connection of the tram between the station Luceros and the AVE, for which the drafting of the project is finalized and has a budget of 35 million euros. A key action, in addition, to facilitate access to Benidorm for tourists who arrive by AVE to Alicante, and who since the arrival of the High Speed ​​to Alicante in 2013 have to walk 15 minutes to the Luceros underground station loaded with suitcases.

The Generalitat foresees that the works of the tram part (TRAM) of the future intermodal station in the city of Alicante will be carried out between 2023 and 2025, with an investment of close to 35 million euros. The branch for the Hospital de Saint John It will be built, initially, at the height of the Golf Course on the beach of San Juan. Another of the planned actions will allow extend the current line 2, which departs from Luceros to San Vicente del Raspeig, to the hospital in this town, serving, in turn, the residents of the entire municipality. Likewise, from the new Alicante Intermodal station (current AVE), it is planned to connect to the southwest of the city of Alicante with the neighborhoods of La Florida, Ciudad de Asís and San Fernando-Princesa Mercedes.

On the other hand, the plan contemplates the creating a new TRAM line 6 (Alacant Intermodal – Hospital de San Vicente) with the southern route of the Gran Vía, through the San Blas, Los Ángeles, San Agustín, Tómbola and Divina Pastora polygon, until connecting with the current route to the TRAM near the stop in the Ciudad Jardín area of ​​the line 2.

To the planned extensions and extensions of the network, we must add the opening to the sea of ​​the surroundings of the current La Marina station (in front of Postiguet beach), whose project is in the drafting phase, as well as all the actions aimed at the recovery and modernization of Line 9 (Benidorm-Dénia), a process that is underway or administratively underway in all its phases.

The Consell also foresees investir 35 million euros in the connection from the intermodal with the neighborhood of La Florida and stops in San Fernando, Princesa Mercedes and Ciudad de Asís, as well as investing another 15 million in extending the current line 2 that ends at the University of Alicante so that it reaches the hospital of Saint Vincent.