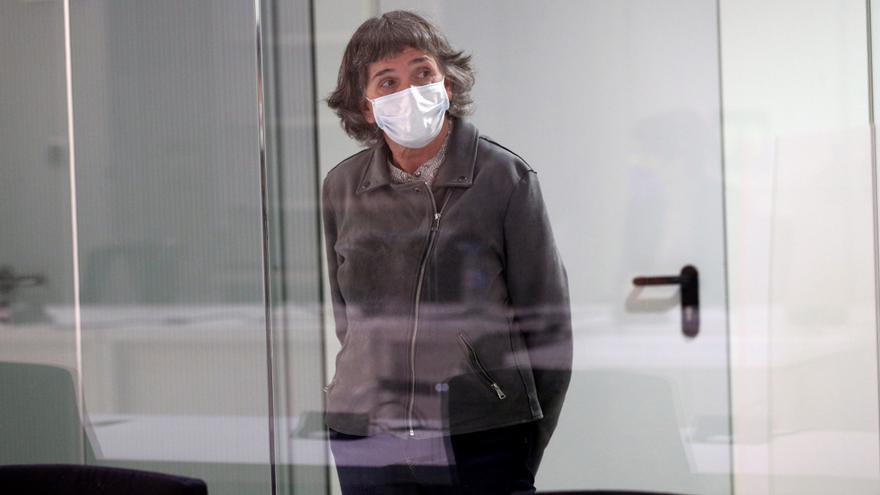 The Second Section of the Criminal Chamber of the National Court has acquitted the former head of ETA María Soledad Iparraguirre, alias ‘Anboto’ or ‘Marisol’, of having participated in 1985 in the planting of a car bomb in the vicinity of the Mendizorroza sports center, in Vitoria, with the aim of ending the lives of the national police – at least 21 – who were going to provide surveillance services on the occasion of a sporting event.

In the ruling, the court, with a presentation by the magistrate José Antonio Mora Alarcón, and the private vote of Fernando Andreu, adopts this decision at the lack “sufficient proof of charge to convict the accused.”

Given the Iparraguirre denied his participation in that attackTaking into account that several of the witnesses who belonged to the Araba command -responsible for the attempt- indicated in the oral hearing that no woman participated in the events and considering that only one, Juan Carlos Suescun -who was Ertzaina and collaborator of ETA- Yes, it located her at the place of the failed attack, the court focused on the expert evidence of the fingerprints found in one of the vehicles used to know if she actually participated.

But the Chamber notes that in 1985 “the only obvious proof in this sense is that corresponding to the thumb of the right hand” of Eusebio Arzallus Tapia, and that of the six fingerprints revealed, five unidentified were filed as anonymous. Remember that the official letter of May 24, 1985 and June 28, 1985 were delivered in the same sense.

Since 35 years later, in 2019, they re-collated the tracks and two agents did understand that at least four of them belonged to Anboto, the court notes that they face two “contradictory” police reports. He solves the diatribe by giving more weight to the 1985 report because the author of it also acted as an expert and that “gives his statement more value.”

“The failure to provide sufficient data on this contradiction, as well as the contribution of the photographs of the fingerprints that were used in the 2019 report or any other conclusive element, creates a rational doubt that cannot be detrimental to the accused” , Add.

To this the court adds that there is no peripheral corroboration or inference whatsoever that clarify the presence of Anboto at the scene, and adds that Iparraguirre herself indicated that she did not join the terrorist group ETA until the end of the eighties.

The acquittal has had the private vote of Andreu, who points out that Anboto, along with other members of the command, decided to place this explosive device with a large amount of shrapnel in the Mendizorroza Sports Center “with the projected purpose of causing the death of the greatest number of members of the National Police Force who were going to provide surveillance service “.

This is how he locates it not only by placing the car bomb but also by previously participating in the installation of the explosive device in the car used for that purpose. And remember that the fingerprint report made in 2019 shows that Iparraguirre participated in the frustrated attempt to attack.

“In the present case, and in the act of the trial, valid, adequate and sufficient acts of proof have been deployed to determine, conclusively, and without any kind of doubt, the participation of the accused in the commission of the facts. prosecuted, thus undermining the fundamental right to the presumption of innocence of the accused, “it indicates.

He disagrees that there are two conflicting expert reports, given that the 2019 comparison is made when Anboto is delivered. “Therefore, there is not, and as literally stated in the sentence, two contradictory expert reports (…) since the one made by the officials mentioned in the first place is nothing more than an act of visual inspection, without any collation, and so they declared in the act of the trial, so that there is only one lofoscopic expert report, the one made on October 7, 2019, from which it is clear, without any doubt, that the accused, María Soledad Iparraguirre was physically present in the interior of that vehicle “, he highlights.

This acquittal comes after she was sentenced in March to 61 years in prison by the National Court for ordering two terrorist actions, one of them the attack on the policemen who were guarding the entrance to the DNI offices in Bilbao in January 1995, in the one in which one agent died and another was seriously injured, and the other was perpetrated against a Getxo bank in 1994.

These two convictions are added to the sentence, already final by the Supreme Court, which confirmed 122 years in prison for ordering and providing material to commit another attack, that of the Army Commander Luciano Cortizo, perpetrated in 1995 in Léon.

Anboto has also been acquitted in relation to the attack committed in July 1997 against a Police station in Oviedo understanding that there was no proof that he participated in the delivery of explosive material to a commando of the terrorist gang.