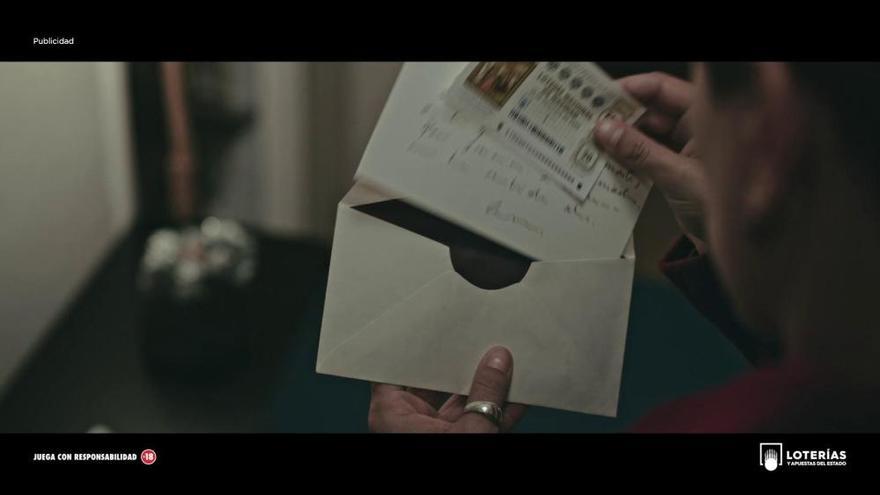 The extraordinary Christmas Lottery draw It will be held next December 22 and this year, it will also be marked by the coronavirus crisis. In fact, in the adaptations of the Lottery announcement references have been included to what was experienced during the worst months of the pandemic, titled one of them by ‘Balcony’, in reference to the links created between neighbors during the months of confinement.

The two television spots are titled ‘Hermanos’ and ‘Vecinas’. With the same narration, in the case of the first, two brothers are reunited during the pandemic, through the lottery, after a long time without speaking. “Look, I’ll send you a tenth like we always did. A hug,” says the voice-over of one of them.

The second spot shows two neighbors united by solidarity and gratitude. “Marina, I wanted to share this tenth with you. This year there have been moments in which I have felt fear but thanks to you I have never felt alone. Carmen”, explains the voice-over, while the two women look at each other from the door of their respective houses.

It’s about the second Christmas Lottery announcement, which already launched a first preview of the 2020 campaign in summer.

The extraordinary draw of the Christmas Lottery 2020 will put into play 28 million euros more in prizes than in the previous edition, thus reaching a total of 2,408 million euros.

For this draw a total of 172 million tenths. Thus, the issue consists of 172 series of 100,000 numbers each. This issue reaches 3,440 million euros, of which 70% is distributed in prizes. During the presentation of the Christmas Lottery summer campaign, the president of SELAE, Jesús Huerta, already announced that this year’s draw comes with “more desire than ever to distribute luck”, given the exceptional situation caused by the coronavirus.

The date of the Lottery draw

The president of SELAE has guaranteed that the celebration of the draw on December 22 will have “the maximum sanitary guarantees” and will take place at the Teatro Real in accordance with “all preventive measures.” “We will comply with what the health authorities say and we will comply with them one hundred percent,” he concluded.

In our special Christmas Lottery you have it very easy. We have a search engine to discover in a very simple way where that number is sold that may bring you luck on December 22nd. With this search engine you will instantly know at what point of sale, physically and online, that date is located that means a lot to you.

This year the tenths are illustrated with the central panel of the Triptych ‘The Adoration of the Magi’, a work in the Prado Museum by El Bosco, has defended its value as a “magnificent cultural diffuser” and has explained that in 2020 it has been printed with gold in a small “very elegant” relief. “Culture generates its own criteria, the ability to have our own opinion and, therefore, gives us freedom,” he reflected.