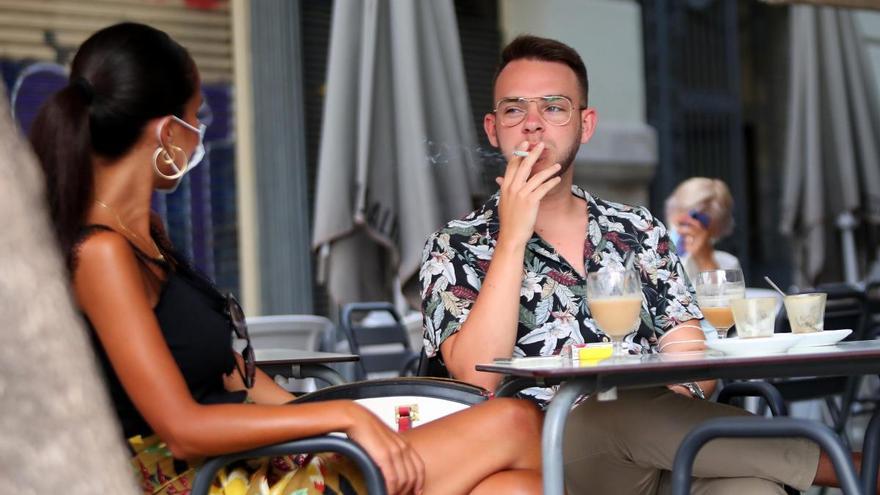 Faced with the failure of the Anti-smoking Law, which reaches its fifteenth birthday without reducing the rate of smokers, Health works in a new modification of the rule with the expansion of smoke-free spaces or the rise in prices, while health workers, scientists and citizen platforms demand a roadmap to achieve a smoke-free Spain by 2030.

According to the latest Survey on alcohol and other drugs in Spain (Evades) of the Ministry of Health, the number of smokers stands at 32.3% of the population between 15 and 64 years, which means that there are 10.5 million people with an addiction that causes 60,000 deaths annually. A figure very similar to 2005, when 32.8% of citizens declared themselves smokers.

In his first appearance before the Congressional Health Commission to present the general lines of his department, on February 27, Minister Salvador Illa announced that he would modify the tobacco law to expand smoke-free spaces.

“Going a step further” to prevent smoking is the intention of Health through the increase in the price of tobacco, to impose a neutral packaging and to increase the protection of health in outdoor sports venues and inside vehicles.

Measures in which the Illa ministry has been working all this year and that would not only affect tobacco but also new ways of smoking, such as e-cigarettes.

Just a few days ago, Illa revealed that she had recently met with the Tobacco Board, the highest representative of the sector, who reminded her of her obligation to ensure the health of the Spanish and announced that “as soon as possible” she would strengthen the restrictions.

In addition, the minister has reiterated his concern about the “Increase in the prevalence of smoking in segments of the young population”.

The Anti-Smoking Law entered into force on January 1, 2006 and was modified five years later to prohibit smoking in all closed public spaces, although it allowed to do so in outdoor places, such as hotel terraces, as long as they were fully open.

But both health workers and the civilian population believe that this regulation is not respected enough despite the fact that due to covid-19 some communities have banned smoking on the terraces of the hotel complexes in recent months if the distances from security.

Faced with the “failure” of Spanish law, the Platform for the Reduction of Harm by Smoking -initiative of doctors, professors, health workers and scientists- urges that they be applied “innovative” tools to achieve a smoke-free Spain by 2030 as they have done in France or the United Kingdom, which has managed to reduce the prevalence of smokers from 33 to 15 percent in just 10 years.

For this purpose, they propose a “White Paper on the reduction of damages by smoking” that combines the reduction of the damage it causes (through the consumption of smokeless nicotine or the training of professionals in strategies), with the increase of efforts in prevention (control of advertising, greater rigor in the prohibition of sale to minors or the expansion of smoke-free spaces).

All this without forgetting the promotion of the abandonment of this addiction, with the increase in taxes on combustion tobacco or the financing of drugs to quit the habit by public health.

For its part, Nofumadores.org, which regrets that Spain has not set a date to achieve a smoke-free country and denounces the interference of the tobacco industry and the Hospitality Federation To ensure that basic measures have not been implemented, it has promoted the End of Game Declaration (ENDGAME).

It is a roadmap with short, medium and long-term measures that already works in other countries to protect the population as a whole and prevent minors from starting addiction to nicotine.

This Statement claims that the same restrictions apply to new tobacco (e-cigarettes and heated tobacco).

An opinion shared by Spanish Lung Cancer Group (ECP) that warns that electronic cigarettes have gained popularity under the premise of helping to quit tobacco and being less harmful than traditional tobacco.

But lung oncologists warn that its use, which can lead to lung inflammation, has spread significantly to non-smokers, often young people, introducing a new population to its use.

The GPEC emphasizes that, according to the data provided by the Evades study, since 2017 the number of people who have consumed these cigarettes has increased by 36%.

In addition, lung cancer experts consider that current measures against tobacco are no longer effective in promoting the cessation of this habit and call for new strategies to encourage smokers to give up their addiction, as well as to prevent young people from using it. of new products and devices.