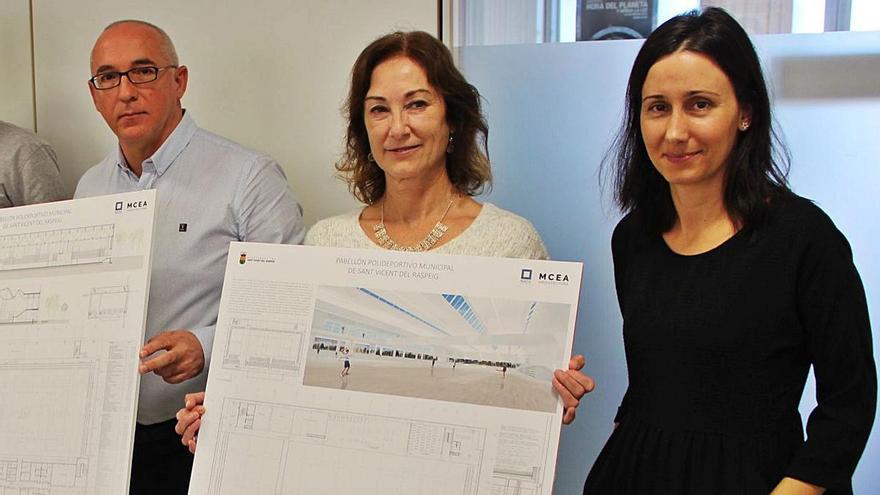 The high-ranking Sanvicentera official has accepted the call that the Alicante town hall made in May looking for the figure of an architect on commission, a career civil servant.

And in the same way, San Vicente now has to make a call under the same conditions, so that a municipal architect is the one who comes to the municipality, also for the next two years.

The Mayor and Town Planning Councilor, Jesús Villar, explains that the senior official is going to Alicante because she gets a salary improvement and, above all, because “she is going to direct the planning of Alicante, an important and exciting challenge. He is a young person, with projection », he specifies. But at the same time she warns that Martín will not leave his career civil servant position in San Vicente and that in two years he will have to return.

The mayor, who praises the figure of the municipal architect, acknowledges that her departure is a blow for the council. «It upsets us a lot. We want to get another service commission to find someone who wants to come to work in San Vicente. And it has to be with the same profile. Leticia, in addition to being an architect, is the head of the Architecture service ». Villar admits that there are other people in the department “who can do the projects, but it is true that it will show.”

The architect has designed the planning for the new structural plan for San Vicente, which is pending approval. And he is the person who has defined the main lines of the new urban development of San Vicente. And among others, the opening of San Vicente to the University.

The mayor explains that the main affection are the planning projects and affirms that the architect is not developing the projects derived from the remnant.

The mayor of Ciudadanos Mariela Torregrosa asked Villar in the plenary session how her departure will affect the City Council as well as the exclusive powers of the architect. And the councilor for Urbanism admits that municipal technicians “are going to have to develop more work.” And about his powers, he explains that “he signs major works projects, planning document, drafting the general plan.” Which means that until there is a position equal to the one he leaves, as chief architect, those functions cannot be performed.

The opposition praises the figure of the architect while demanding that this square be covered as soon as possible. Especially when for several months his departure was known.

The PP spokesman, Óscar Lillo, after thanking her for her work, recalls that she is not the first high-ranking official to leave San Vicente. “This shows that internal problems do affect the functioning of the City Council. The civil servants are dissatisfied with the management “and regrets that” the citizens lose. The same opinion of David García, from Vox: “everything is going to have repercussions on the neighbors who are not to blame for anything.”

For David Navarro, from Podemos, it is “a shame that a great professional such as the municipal architect has decided to go on commission for two years to Alicante. From this training we wish him the best in this new stage and we hope that the vacancy that he temporarily leaves will be filled as quickly as possible so that none of the projects is harmed and the area continues to function normally.

The San Vicente City Council has also been left without the chief coordinator of Human Resources, Sergio Casares. The official was in San Vicente on secondment and had the full support of the government team to develop the necessary improvements in this area, which has many open fronts in terms of personnel. Since the beginning of September he has returned to Alicante as a General Administration technician, a higher position than he had when he left, which for the mayor justifies his departure.