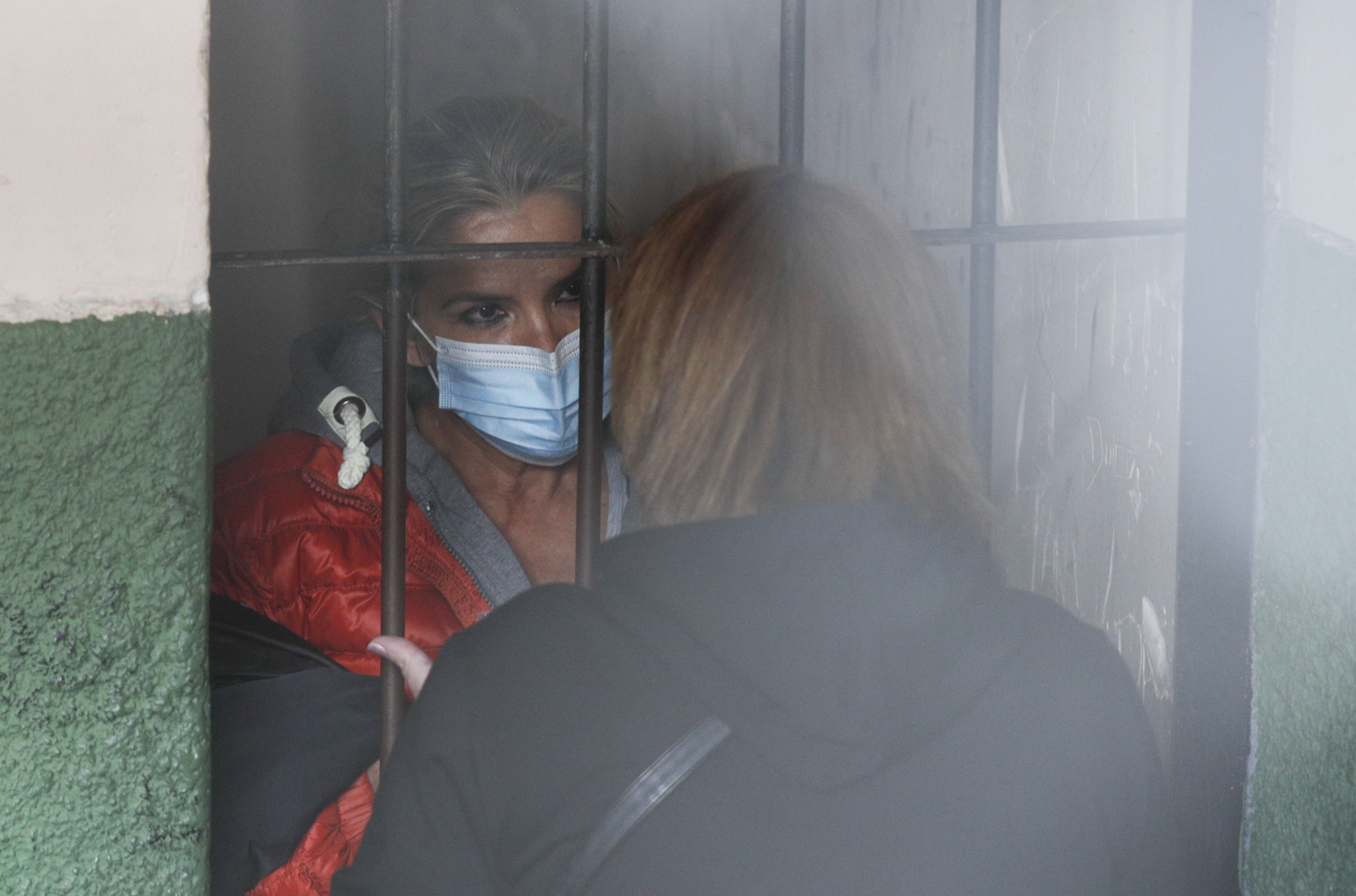 The arrest of former President Jeanine Áñez at dawn on March 13 in the city of Trinidad has shocked the Bolivian opposition, which now launches all kinds of rhetorical missiles against “justice sold to the Government” of Luis Arce. Áñez and five of his former ministers were unexpectedly incorporated – and without explanation from the accusers – into a process initially designed to try the military and police chiefs who in November 2019 requested the resignation of President Evo Morales, called by the press coup case. The opposition parties deny that there was a coup in Bolivia at that time. In addition, they insist that, as a former president, Áñez can only be tried by parliament and not by ordinary courts.

Áñez’s arrest was fraught with drama. On Friday, March 12, an arrest warrant for him and five of his former ministers came out – totally unexpectedly. Two of them, who resided like Áñez in the Bolivian region of Beni, were immediately arrested. Two others, the controversial ministers of Government (Interior), Arturo Murillo, and of Defense, Fernando López, have been out of the country since the Movement for Socialism returned to government. One more is on the run until now.

All Friday afternoon the media had their sights set on the apartment building in the Benian city of Trinidad where Añez lived, which had been surrounded by the police. The former president was not there, as confirmed by the police officers who finally decided to search her home. The search was extended to other places and later, around one thirty in the morning, Áñez was discovered by the police. According to state television, it was hidden inside a large box, somewhere the location of which authorities have not yet revealed. It is rumored that it was his mother’s house and that his brother had put together a convoy with the intention of making the authorities believe that he had already escaped.

The former president was taken to La Paz, the city where the process will be based, as is often the case with cases with political overtones. The Minister of Government (Interior), Eduardo Del Castillo, and the Chief of Police traveled with her. All the transfers of the dam were carried out with a great deployment of resources and vehicles, and were recorded by the cameras of the state television and various private media.

Áñez and his former ministers are accused of “terrorism, sedition and conspiracy”, as were the former military and police commanders who demanded Morales’s resignation in 2019. The human rights organization Humans Rights Watch criticized the use of the figure of “terrorism” . This institution did the same when the Áñez Government used it against former President Evo Morales. “The arrest warrants against Áñez and his ministers do not contain any evidence that the crime of terrorism has been committed” and “generate well-founded doubts that it is a process based on political motives,” its director, José Miguel Vivanco, tweeted. He believes that a “serious and independent” investigation should be carried out into an alleged conspiracy to commit a coup.

In November 2019, the country was paralyzed by protests against an alleged electoral fraud orchestrated by the Morales government. Almost all opposition leaders participated in them and publicly called for Morales’ resignation. At that time Áñez was an opposition senator who did not have a leading role in events. It is not clear why she is accused and not other politicians, including the main leader of the protests, Luis Fernando Camacho.

The confusion is so great that Evo Morales tweeted that Áñez’s arrest was due to the former president’s responsibilities for the repression of popular protests against his government. “For justice and truth for the 36 fatalities, the more than 800 injured and more than 1,500 illegally detained in the coup,” he wrote. However, these facts are not the ones that – as far as is known now – will be investigated in this process. The Minister of Justice, Iván Lima, said: “She is being tried as a former senator, not as a de facto former president.”

Minister Del Castillo assured that the Government is not carrying out “any kind of political persecution. We do not intimidate those who think differently. Justice must continue with an independent work of any government ”. The Bolivian opposition thinks otherwise: “We are in a case of political persecution worse than dictatorships. It is executed against those who defended freedom and democracy in 2019. The judiciary and the Masista prosecutor’s office are the execution hammer, ”tweeted Carlos Mesa, former president of the country and second in last October’s elections. And Luis Fernando Camacho, who has just been elected governor of Santa Cruz, wrote a letter to President Luis Arce to ask him not to fall under the pressure of the radicals “who ruled before” and not to turn the version into “state policy” his party’s policy on the overthrow of Morales by a coup. “It is time for you to leave your attitude of ‘stay on the sidelines’ and assume your position in management and politics with courage,” the letter reads.

The loudest response came from Rómulo Calvo, the president of the Pro Santa Cruz Civic Committee, the institution that articulated the protests of the urban middle classes against the Morales government. “They are playing with fire and they are going to burn,” he threatened. And he did not rule out the possibility of returning to the streets to “defend democracy.”