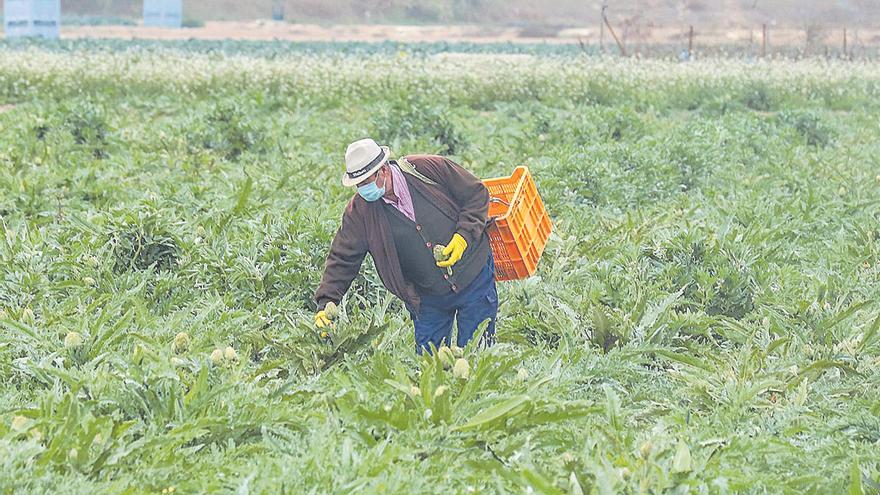 The artichoke sector, the star crop of the Vega Baja, is going through one of its worst moments. The DANA that devastated the region in September 2019 destroyed 60% of its production, losing about 15,000 tons of the 25,000 planned that campaign. And the consequences of that devastating cold drop still linger. In this campaign, 15% less area has been planted because there are many farmers who have not yet recovered economically and have not been able to buy new artichoke plants, or fix their fields or till and fertilize their land, after the passage of the intense rains and the overflowing of the Segura river in those fateful days. The most bloody thing is that the vast majority of producers have not received aid after losing 9 million euros to DANA. 90% of vegetable farms are not insured and all administrations have ignored, despite the millionaire losses for this sector, which calls for the arrival of subsidies for these farmers.

The president of the Asociación Alcachofa de la Vega Baja del Segura, Diego Martínez, has demanded before the Valencian Courts that direct aid be contemplated to protect vegetable farmers affected by DANA who did not have insurance, as well as support for the Expenses and investments for upcoming campaigns and a promotion plan to encourage the consumption of products from the Vega Baja garden. More than 90% of these producers do not take out this insurance policy due to its high cost and the few coverage it offers. “They are in an extreme situation and have not received any type of aid because one of the requirements is that they have their production insured,” explained Martínez.

In this regard, the president of the artichoke association asked for help and solutions for these farmers “who are the essential base of the garden, the fundamental pillar of a symbol of the region and the great socioeconomic engine of the Vega Baja.” “Reaching out and helping thousands of families who have lost everything is just a matter of political will. You can find the formula to not leave farmers behind and apply extraordinary measures for disasters of exceptional magnitude, “he ordered the regional deputies in his telematic intervention in the study commission on flood risk prevention measures of the Vega Baja.

For the vegetable producers there has not been any help that is worth, because all of them were linked to the possession of the policy with the National Agricultural Insurance System. Artichoke is the crop that has always been the most profitable for farmers in Vega Baja due to its high sale price. All the artichoke crops that were on the left bank of the Segura were lost to DANA and the water that accumulated in the following days. Added to this is the loss of profits derived from the sector such as warehouses, the canning industry, auctions, seed companies, plants and phytosanitary products as well as transport and packaging companies that saw their activity greatly diminished due to the scarce activity in the field .

In this campaign, whose first peak is about to end, a production of 22,000 tons is estimated. The current price, at auction, is between 90 and 95 cents, less than one euro, and demand has dropped in recent weeks due to the closure of the hospitality industry due to anticovid measures.