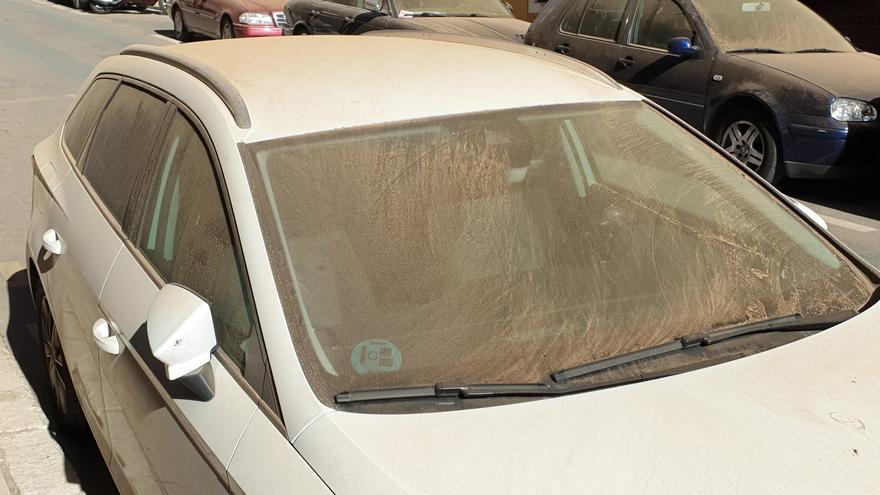 Four years after the publication of the “Treaty of Climatology “, teachers’ work Antonio Gil Olcina and Jorge Olcina Cantos and after the edition has been exhausted, the Publications Service of the University of Alicante has just published a second edition of this book. As Jorge Olcina summarizes, “The weather is in fashion.” And it will continue to be in this 21st century, which is the century of sustainability and the necessary mitigation of the effects of climate change. The main challenge for humanity in the coming decades. As a novelty, the book highlights how in recent years more atmospheric circulations of cold drop are taking place in the vicinity of the Iberian Peninsula. This means that in the Mediterranean sector, and specifically in the province of Alicante, these situations drag Saharan air (dust), causing mud showers. This precipitation needs two processes to develop it. Atmospheric instability, that is, the formation of clouds and condensation of water vapor inside (raindrops) and suspended Saharan dust, which acts as a condensation nucleus for these drops of water. Normally, in situations of muddy rain, it rains very little (negligible rains), and that allows the water in the drop to evaporate soon and leave the residue of the Saharan dust that covers the cars and the surfaces near the ground. This type of phenomenon is increasing its frequency in Spain and especially in the Mediterranean façade. This year we have already five intense episodes of Saharan dust in Spain and Europe. The most favorable months for these episodes to develop are those of fend of winter, spring and autumn. Which are the months in which the atmosphere is more moved, more unstable in middle latitudes, explains Jorge Olcina, director of the Climatology Laboratory from the University of Alicante.

Luis María Bañón, a meteorologist at Aemet in Murcia, describes mud rains as precipitation accompanied by aerosols, microscopic particles that enter the atmosphere, which come from the Sahara desert. These mineral aerosols are capable of traveling thousands of kilometers, and can be detected as far away from their origin as northern Europe or the Amazon. They appear when water droplets carry mineral aerosols present in the middle and lower levels of the troposphere in their path. The most immediate effects are small deposits of mud in ocher or brown tones that remain on the surfaces when evaporate the water. In a society that is increasingly vulnerable, more and more sectors of society are seeing their activity altered by the presence of mud rains.

The season with the highest number of days a year in Spain with mud rains is that of Menorca, with 14 days, where the high frequency of rainfall is optimally combined with that of high values ​​of aerosols. Melilla station, closest to the north of the Sahara, and more frequently overflown by aerosols However, it shows an average number of 12 days a year, lower than that of Menorca, as rainfall is less frequent. The peninsular station with the highest frequency of mud rains is Murcia, with 10 days, contrasting with the nearby Almería station, with only half the mud rains, 5 days. Compared to Almería, the frequency of mud rains is slightly higher in the southeast of the community of Castilla-La Mancha, in the southwest of Andalusia, as well as in the Valencian and Catalan communities, with values ​​between 6 and 8 days. The Navarra, Basque Country and Cantabria stations show values ​​of 7 days that, without being very high, contrast with the 3 to 5 days of the surrounding communities, possibly due to the higher frequency of rains. In the rest of the areas, mud rains seem to be less frequent, being especially rare in areas of the northwest of the peninsula, with 2 days a year.

The proposed reissue of the “Treaty of Climatology” has been, according to its authors, a necessary opportunity to review and, above all, update its contents up to the latest research or meteorological events experienced around the world and in Spain. Atmospheric phenomena that surprise, more and more, for their intensity and frequency of development, causing extraordinary meteorological records all over the world, altering the normal functioning of the Earth’s climates that already register manifest trends of change.

This second edition is updated to the latest possible, in data, images and climate research developed in these years. New developments in the investigation of mid-latitude storms, tropical cyclones, the ENSO phenomenon (“El Niño” and the Southern Oscillation), in jet streams (jet stream) that are the basic piece of daily times in our mid-latitudes. Alterations and changes that are related to the current process of climate warming due to the greenhouse effect encouraged by humans (greenhouse gas emissions). The latest data on the Planetary Energy Balance are addressed, which is the ultimate cause of climate change on our planet. The new programs and units for meteorological observation through satellites, the novelties in the atmospheric and climatic prediction models, and the projects to modify the rainfall developed in these years in countries of the United States are presented. Persian Gulf or China.

The state of the art of the current process of climate warming and its most notable effects around the world (ice masses, atmospheric circulation) is analyzed, as well as the actions carried out for their mitigation, which at the moment, are not giving the necessary results. And everything related to extreme atmospheric manifestations that give rise to risky situations has been updated (hurricanes in the Caribbean, “explosive” storms, heat and cold waves, tornadoes, droughts, floods). The latest flood episodes suffered in Spain are analyzed, up to the one that occurred in September 2019 in the Vega Baja del Segura and in the Mar Menor area, with catastrophic effects.

Cover and back cover of the book INFORMATION

The teacher Antonio Gil Olcina has made a meticulous and necessary terminological clarification on concepts that have become popular lately to designate processes of intense and torrential rains in our country (DANA and Cold Drop). It has also continued to delve into the history of climatology with novel contributions on the important role of the geographer A. von Humboldt in the scientific consolidation of this study topic. And the last recorded temperature records have been reviewed, in recent years and months around the world. And also in Spain, which after the publication of the first edition of the “Treaty” has registered the highest and lowest temperature records since there is meteorological annotation in our country: 47.3º in Montoro (Córdoba) in July 2017 and – 35.8º C of the Leon valley of Liordes, on January 7, 2021 as a result of the cold storm caused by the storm “Filomena”. And the high frequency that the “mud rains” have been having in Spain in recent years is explained, due to its geographical proximity to the source of the Saharan dust that originates them.

The Treaty of Climatology is organized in 25 chapters, with more than 500 figures, images, tables, which help to understand the atmospheric processes explained. A book on a global scale, but with regional and even local detail, due to the Mediterranean origin of its two authors. An area with enormous climatic singularity and that has become a worldwide laboratory of the already manifest effects of the current climate warming process.

The Publications Service of the UA has made a careful edition, in full color, of its more than a thousand pages that make up this book. A basic bibliographic reference due to the rigor of its contents and the formal amenity when presenting a wonderful thematic universe: that of climatology. A scientific discipline in constant evolution, improvement and change.